Madge Gill was born in 1882 in London, England, and died in 1961. She began to draw in 1919, claiming that a ghost called “Myrninerest” guided her hand and signed several works in her name. For her Indian ink drawings, she used large rolls of paper as well as small postcard-like cardboards. At the centre of her works are women, enclosed in a network of dense, restless lines, which are presumably self-portraits. Her works are on display in numerous collections such as the Collection de l’Art Brut, Switzerland, the LaM, France, and in the Collection Eternod & Mermod, Switzerland. 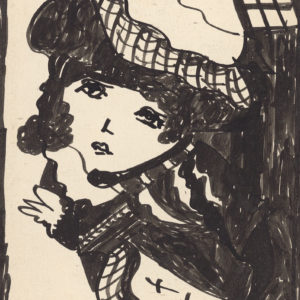 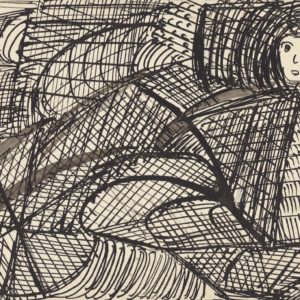 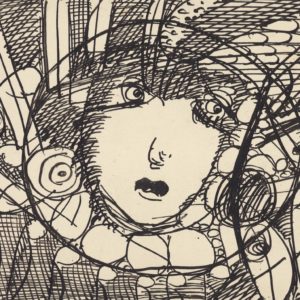