Ken Grimes was born in 1947 in New York, USA, and moved to Connecticut with his family a few years later, where he still lives today. Grimes became interested in the occult and the paranormal at an early age. In the mid-1980s, Grimes used his art to document discoveries, experiences and speculations in this field and to make them accessible to the world: minimalist white figures and symbols as well as texts on a black background. His works can be found in the Milwaukee Art Museum and in the American Folk Art Museum, both in the USA, among others. 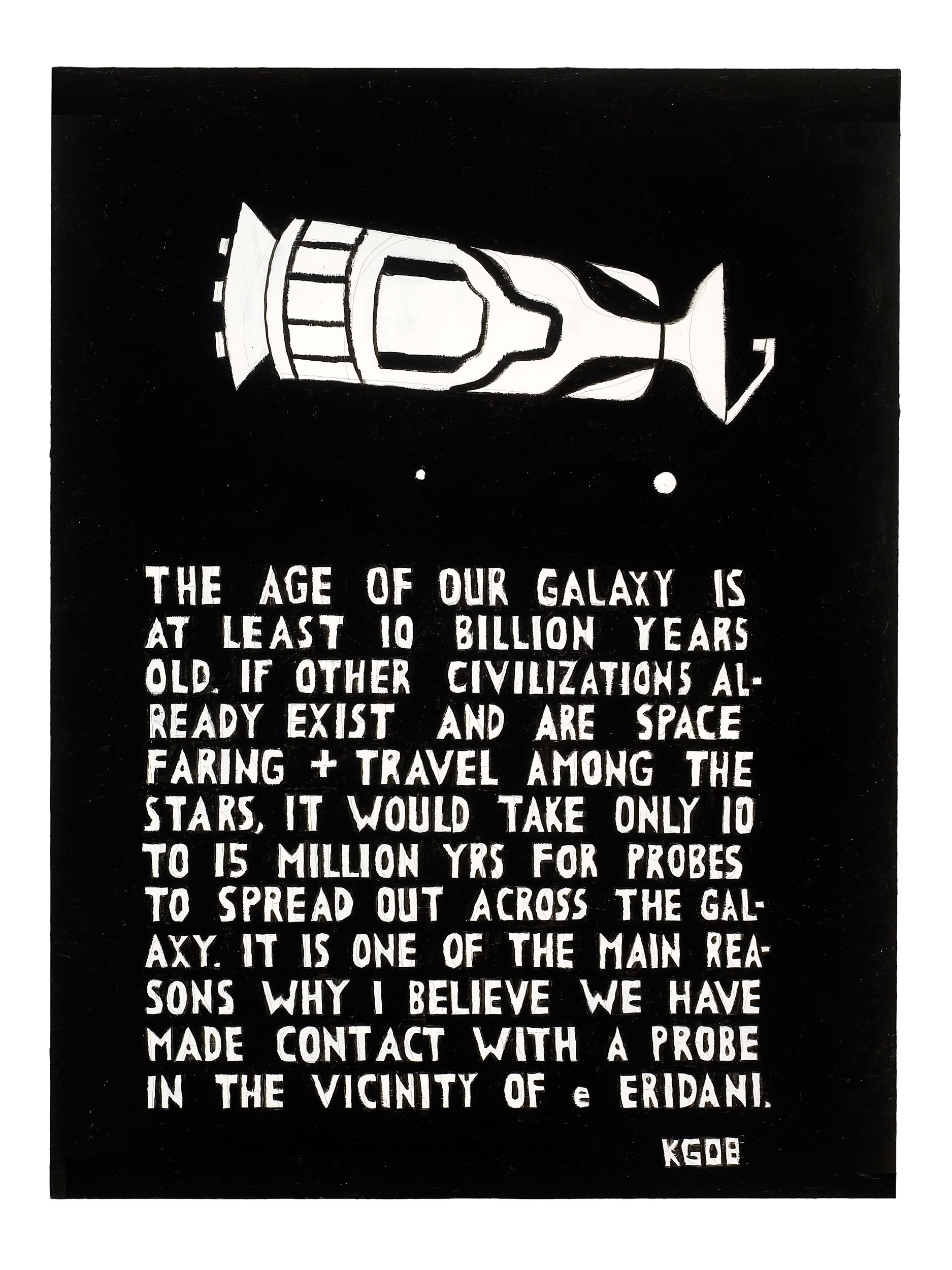 "The Age of Our Galaxy" 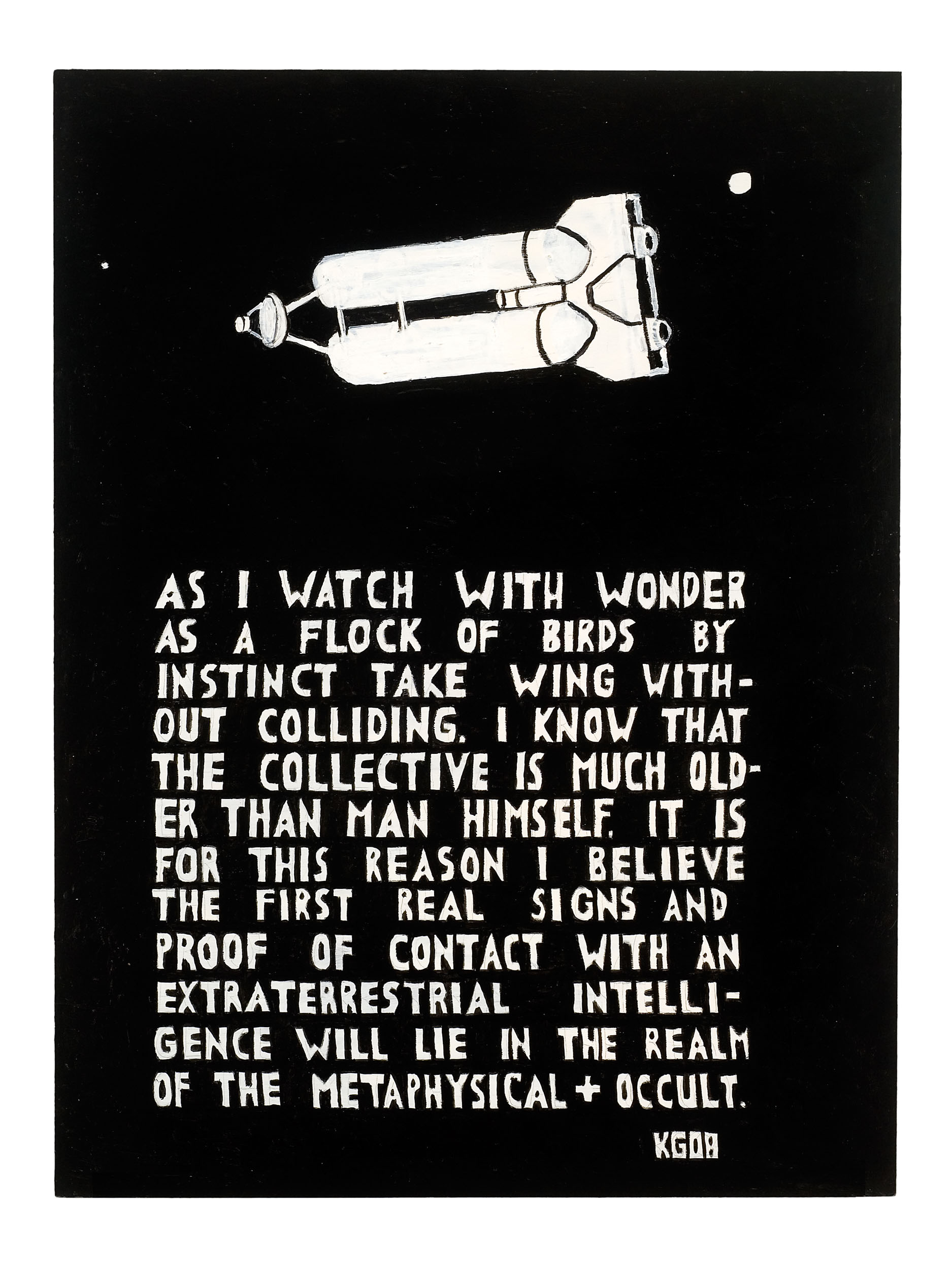 "As I Watch With Wonder"