With “curated by daniel spoerri” the gallery gugging invites to a diversified creative firework, in which Daniel Spoerri – one of the most renowned artists of today – presents not only his own, but also favourite works of the Gugging Artists and their international colleagues.

“Yes, well, I’ve been very fascinated by it all, but I don’t even want to know exactly why … I think of it as … as a miracle”, Daniel Spoerri said in 2000 in an interview about art brut with Barbara Räderscheidt, who has worked closely with the artist since 1998 and supported us in organising our new exhibition “curated by daniel spoerri”.

Daniel Spoerri is one of the most important contemporary Austrian artists. Originally born in Galaţi, Romania, the cheerful nature became known to a broad public as a dancer, poet, object & installation artist, founding member of the Nouveaux Réalistes and, above all, as the founder of “Eat Art”. The fact that Daniel Spoerri immediately accepted the invitation to curate his own exhibition at the gallery gugging delighted gallery director Nina Katschnig, who can also see clear parallels to the artistic world of Spoerri and the selected artists.

For example, Spoerri chose the Gugging classic August Walla, who, like him, was a universal artist with a particular affinity for culinary arts. And also with “birdman” Hans Langner or Jens Mohr this unifying bond exists through working with everyday objects and found objects. Spoerri’s exciting selection is rounded off by works by the Gugging Artists Alois Fischbach and Helmut Hladisch, international colleagues such as Jaroslav Diviš, and the objects of Christophe Boulay & François Burland.

“curated by …” is a series of exhibitions in which the gallery gugging invites artists or personalities close to the gallery to curate their own exhibition. The first of this kind was curated in 2017 by the Gugging Artist Johann Garber on the occasion of his 70th birthday. In 2022, we look forward to British fashion designer and artist Christopher Kane, and now, with “curated by daniel spoerri”, you will enjoy a stimulating, inspiring exhibition in which works by Daniel Spoerri enter into an exciting dialogue with those of the Gugging Artists and their international colleagues. 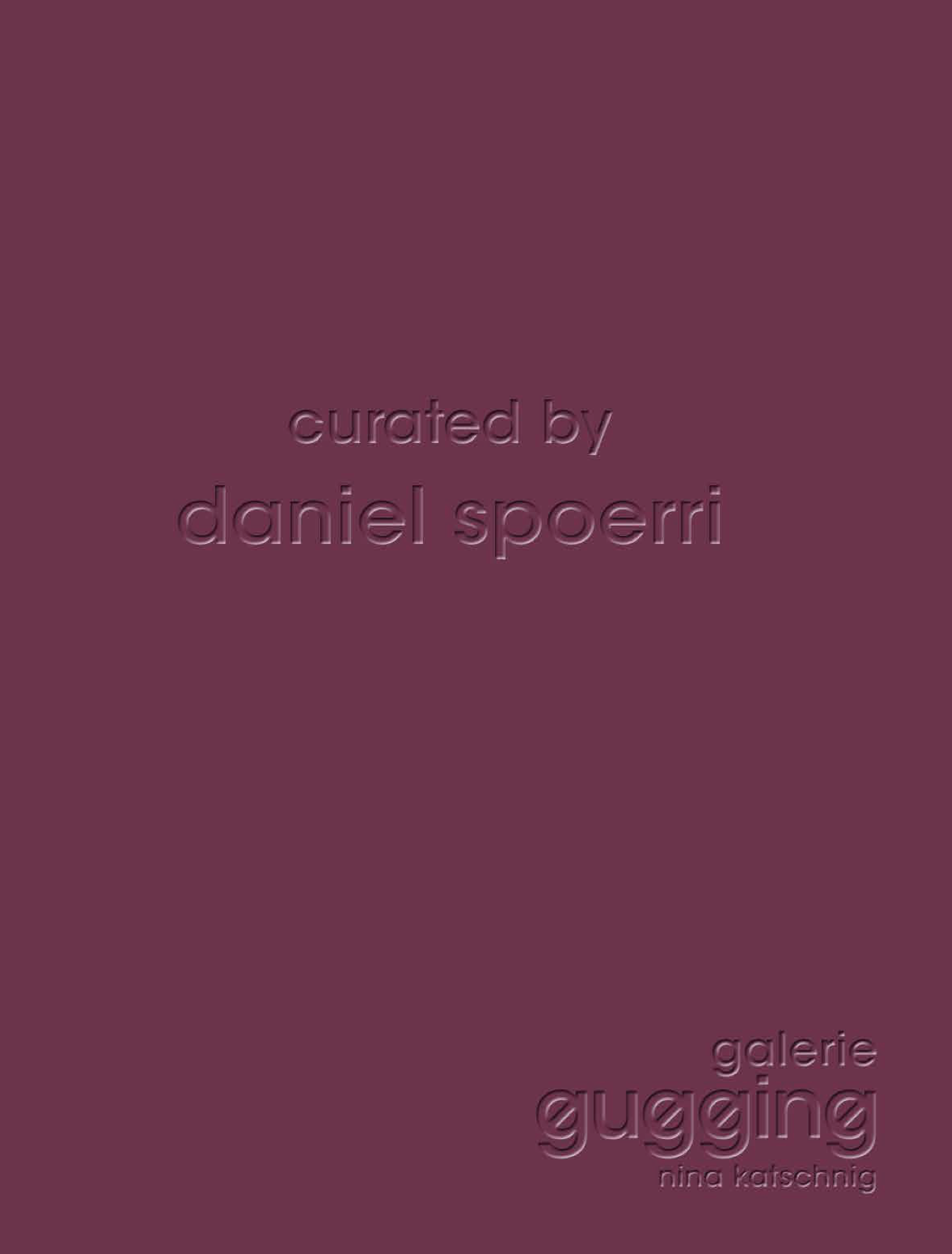 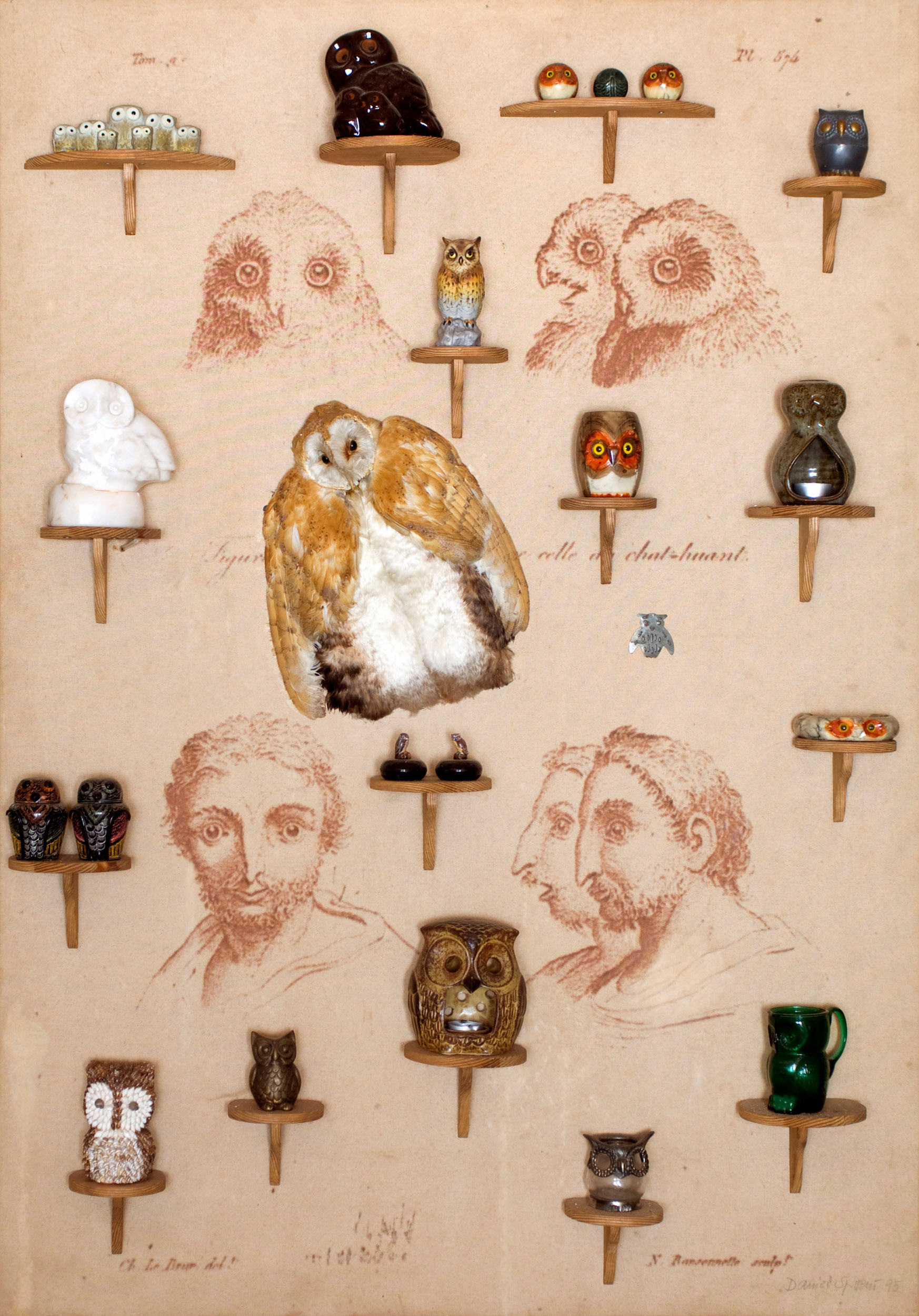 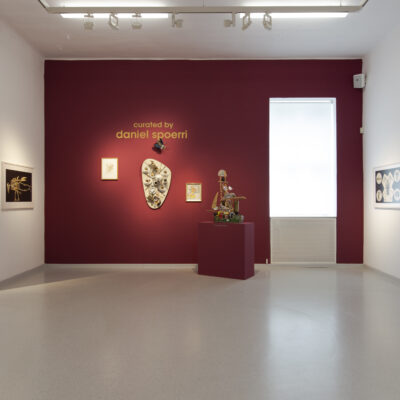 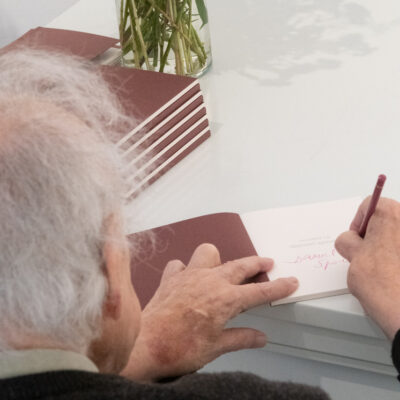 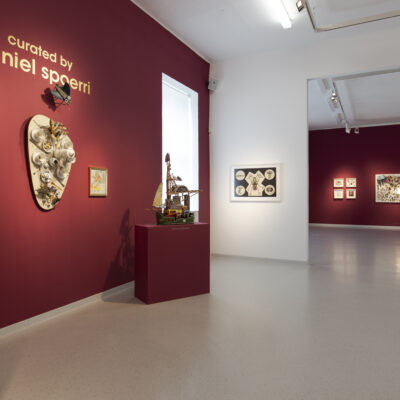 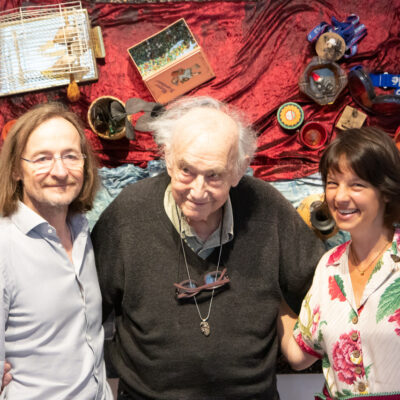 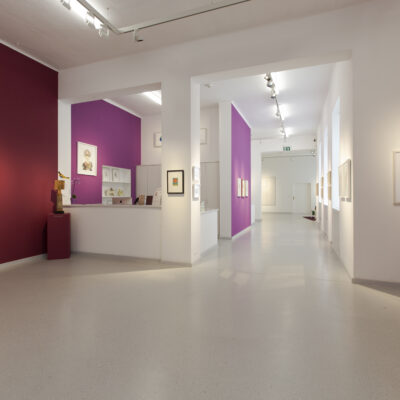 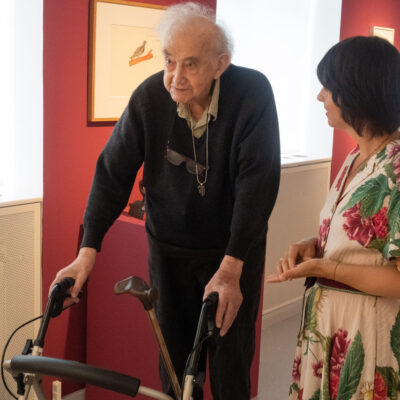 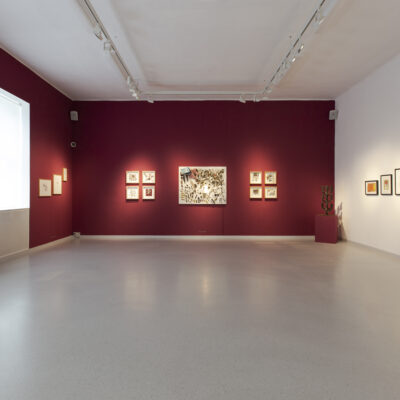 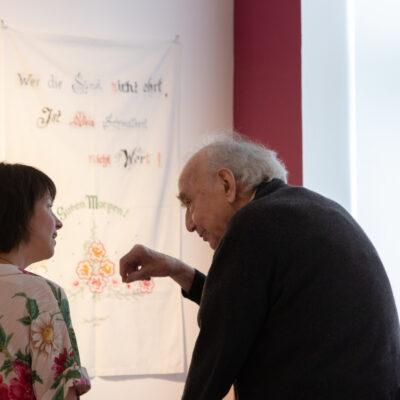 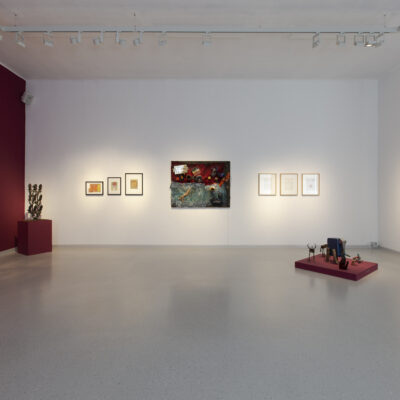 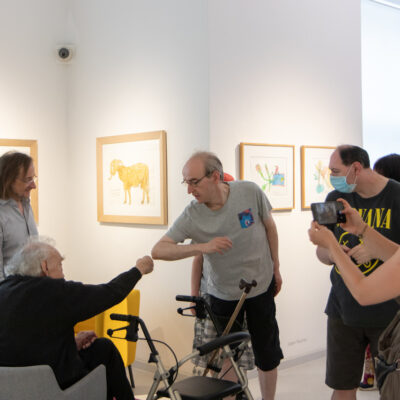 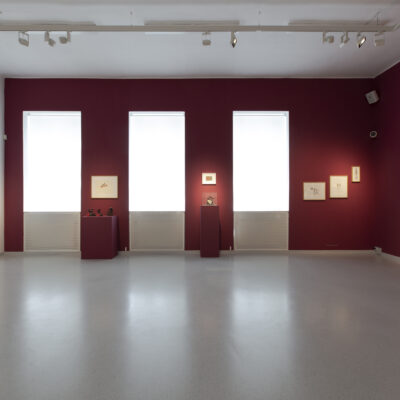 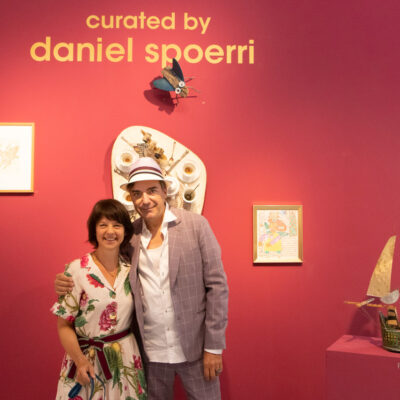