The numerous illustrations of flying objects in art brut show a special fascination for flying means of transport. Be it zeppelins, rockets, helicopters, biplanes, flying saucers or other flying objects, inventiveness and fascination for technology, are expressed here just as much as wanderlust, the urge for freedom or the processing of travel.

You can marvel at the strange creations of Franz Kernbeis, whose handlebars, wings, propellers and wheels are only vaguely reminiscent of aeroplanes, or the expressively painted biplanes of Arnold Schmidt, which as relics of times past evoke the inventive spirit. Gregory Blackstock fascinates with his precise and detailed “visual lists”, which depict “The Complete Historic Convairliner Aircraft II” or “The Historic Braniff International Airways Jetliners”. Ionel Talpazan with his flying saucers reflects in a unique way the human fascination for UFOs as inexplicable wonders, utopian technology and otherworldly salvation. The conquest of the sky and space was also the subject of Johann Hauser, whose planes, rockets and helicopters appear stylised in front of the white of the sheet. François Burland deals with wanderlust and homesickness, fascination with his own and foreign cultures, and the desire to travel and discover. Similarly surreal is the fantastic parallel world into which Giovanni Galli takes us. Here women dressed in lingerie appear next to rockets, airplanes or UFOs in a vacuum. The works of Ken Grimes also allow us to float away into the infinite vastness of the cosmos: minimalist white symbols and writings that deal with speculations on extraterrestrial phenomena shine before the black of space. As a special rarity, the gallery gugging also shows in its show some of the very rare representations of flying objects by the artists Josef Bachler, Laila Bachtiar and Oswald Tschirtner. 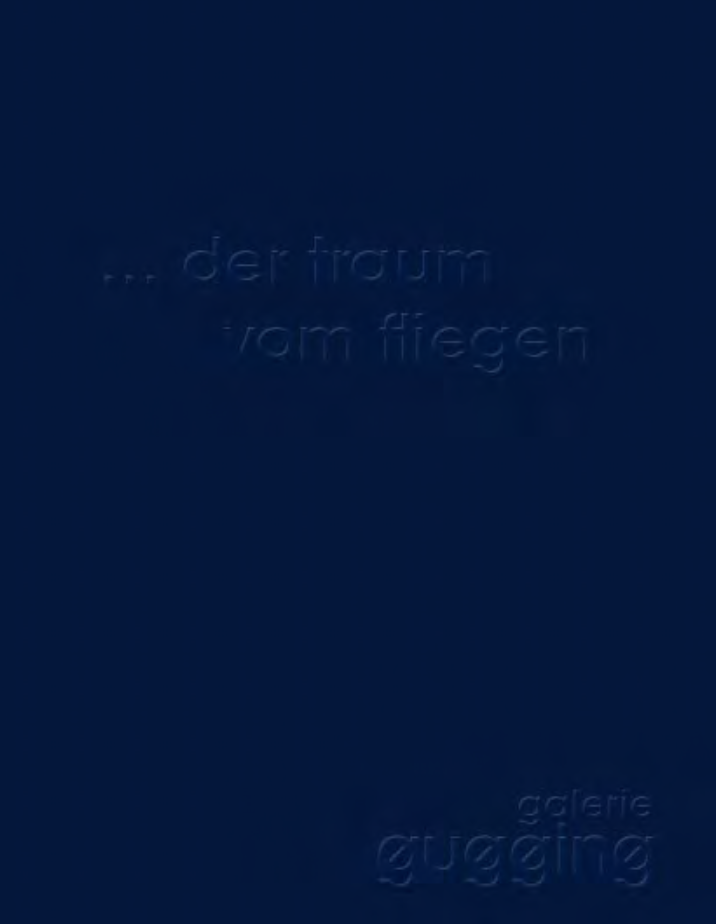 Catalogue the dream of flying 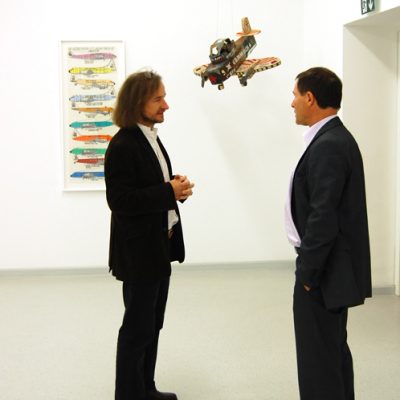 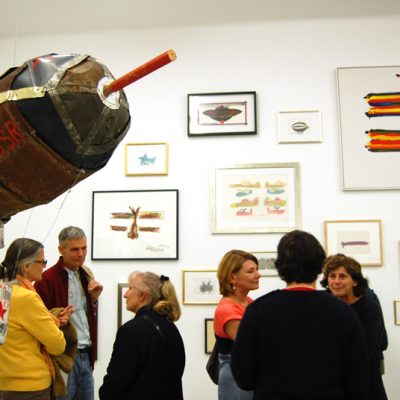 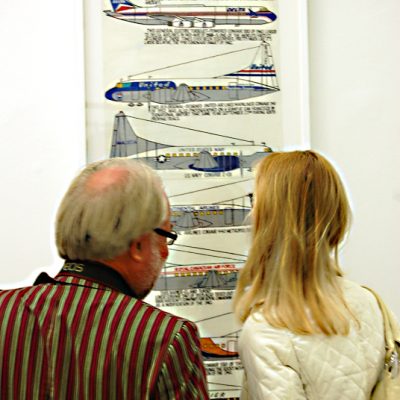 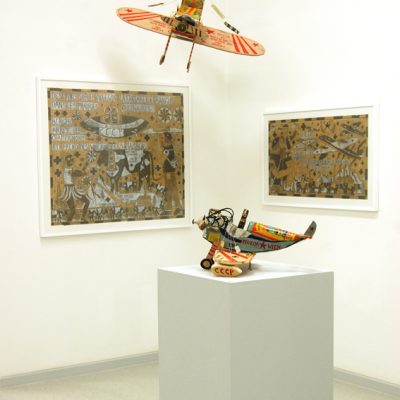