We look forward to welcoming you on our booth A07 at SCOPE BASEL!

The gallery gugging is a hotspot of the art brut scene and a place that has always been a source of inspiration for artists, collectors and art lovers. The gallery is particularly concerned with promoting unknown artists. In 1994, the now established gallery was founded for the purpose of presenting and selling the works of the “Gugging Artists”. Art Brut, which Jean Dubuffet has defined as unspoiled, raw art by autodidacts, is the core competence of the gallery gugging. In the gallery gugging itself, four exhibitions a year are shown, accompanied by a catalogue, providing an overview of the artists‘ versatile oeuvre and current events on site. In addition, the gallery sees itself as an ambassador for the artists and is therefore also represented at art fairs such as the Outsider Art Fair in New York or the Drawing Now in Paris, as well as the SCOPE in Basel. As one of the gallery’s concerns is to position art brut in a contemporary context, the SCOPE – as an established fair for contemporary art – is the ideal opportunity for this.

Works by Leopold Strobl and Oswald Tschirtner are presented. Oswald Tschirtner is one of the classics of art brut and has long been established in the contemporary art scene. He became known for his “cephalopods”, reduced figures without characteristic attributes such as clothing or gender. The artist also depicted objects or concepts in a minimalist way. A few single strokes can depict landscapes, rain, wind or peace. His portraits are also impressive, capturing the character of the sitter with a few precise lines. His works are represented in the collection of the Museum moderner Kunst Stiftung Ludwig, Vienna, the Collection de l’Art Brut, Lausanne, the Helmut Zambo Collection, Germany, and the Museum of Outsider Art, Moscow. His reduced stroke and minimalist approach are the special class and conciseness of his art.

On the other hand, Leopold Strobl’s works – he has been visiting the open studio in Gugging for years – are dominated by bold dark masses in the midst of his landscapes. Like Oswald Tschirtner, who rarely used several colours at once in his drawings, Strobl consistently uses only the colours black, light green and three different shades of yellow. Through his intuitive perception of lighting effects and the interaction between solid colours and transparency, some of the printed motifs emerge while others remain hidden. His works can now be found all over the world, whether at international art fairs such as the Outsider Art Fair in New York, the Drawing Now in Paris, or in various public and private collections such as the Treger/Saint Silvestre Art Brut Collection, Portugal, the abcd ART BRUT Collection, Paris, or the Victor Keen Collection, Philadelphia.

The first joint presentation of these two artists, who at first glance couldn’t be more different, makes it clear that supposed opposites can complement each other and enter into harmony in an inspiring way. 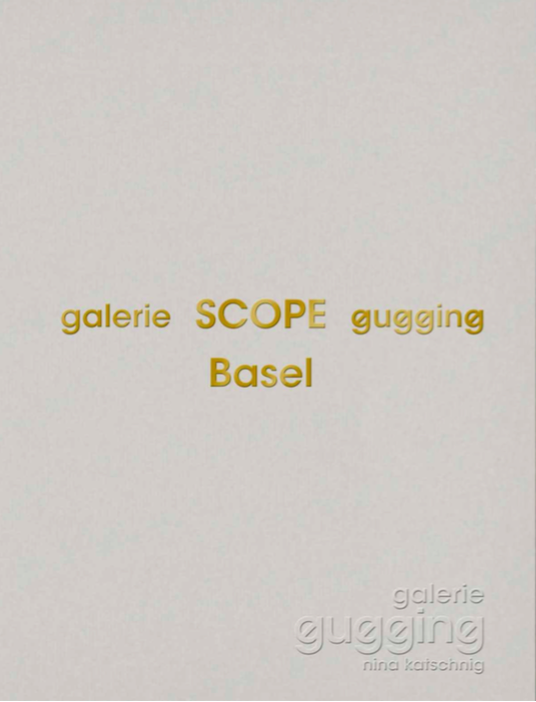