The gallery gugging is starting off the year with something new, with two artists whose works we have never shown before.

Leopold Strobl and Leoš Wertheimer are outstanding illustrators, who could probably not bring their talent to paper any more differently. While Strobl draws on top of selected newspaper clippings, preferring a small format, for Wertheimer, the sheet of paper cannot be big enough for his detailed illustrations of locomotives. This apparent contrast is what makes it when the works of these two artists come together during this exhibition complementing one another in a harmonious way to form an interesting “whole”.

„locomotives beneath a green sky“ – strobl & wertheimer shows drawings that are both fine and superb, drawings that could not be more antithetic and yet more similar: in the emotionality in the creating and in the feelings aroused in the observing … tranquillity, peace – and let’s not forget: joy! 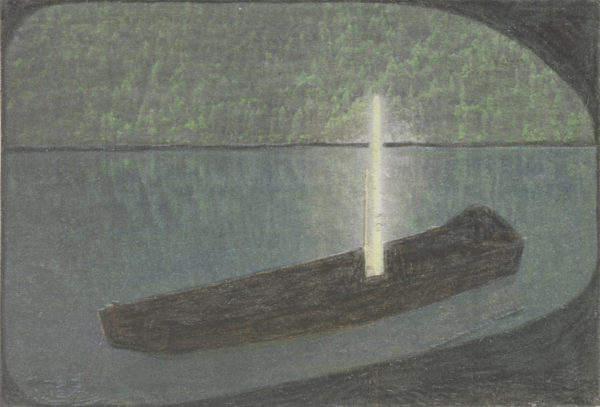 Leopold Strobl (*1960 in Mistelbach, Lower Austria) has been artistically active ever since. He has devoted himself exclusively to art for more than 35 years now. Leopold Strobl is married and lives in Poysdorf and Kritzendorf. He has been working in the open studio gugging for 12 years.

“I could do this day and night … paint the sky green,” says Leopold Strobl, when you ask him what he likes best about working on his pieces.

Once he has selected a motif, he first devotes himself to the black areas, then colours the sky green and finally, accentuates the border. He then carefully glues the reworked newsprint onto a piece of drawing paper and signs the back in pencil with his personal symbol. The signature is made up of his name and a heart which contains a cross with rays. These symbols are very important to Leopold Strobl, who is religious. His works do not have titles – a work stands and speaks for itself.

For him, his art is also a means of communication through which he can express what is important to him: tranquillity, intensity and peace. Leopold Strobl is very thankful for his gift, his talent; he is happy to be able to indulge in his artistic urges and for the discussions that ensue.

There is something meditative in looking at them … you can lose yourself in them and then find yourself again. They exude the deliberation of the creator and through the clean lines and shapes, convey to the observer a kind of orientation that is difficult to describe.

“Sometimes I feel a bit strange … as if I’m somehow not part of this world,” says Leopold Strobl. And about the work of Leoš Wertheimer he says: “He is technically very talented and uses completely different colours than I do.”

Leoš Wertheimer (*1956 in Prerov, Czech Republic) has been fascinated by locomotives and trains ever since he was five, and they are definitely his main and therefore favourite subject. He began drawing locomotives on plain packaging paper in 1997. Since then he has drawn more than 600 locomotives and every single one actually exists – not one has been drawn twice, he says. Since 2001, his works have been exhibited and purchased for public and private collections. Leoš Wertheimer lives in Olomouc.

He uses plain packaging paper for his large-format works, which he cuts to the desired length. He knows everything about the locomotives that he draws and the exact technical specifications are given on every sheet done in lead and coloured pencil. The numbering of the drawings is based on the number of the respective “opus”. Wertheimer plays with lettering and prints the name of the locomotive above it as well as the railway line on which it runs. One can read, for example, “Skandinavische zeleznice, Lokomotiva c 1163 – Finsko” or “Zeleznice U.S.A., staty Kalifornice + Washington, spol. Atchison, Topeka and Santa Fe, p. lok tridy 2900”.

Time and again he includes the surroundings of the locomotives and draws the train stations. After giving the technical specifications, he also records on each work how long it took him to finish it. That is something that he has in common with Gugging Artist Johann Fischer. 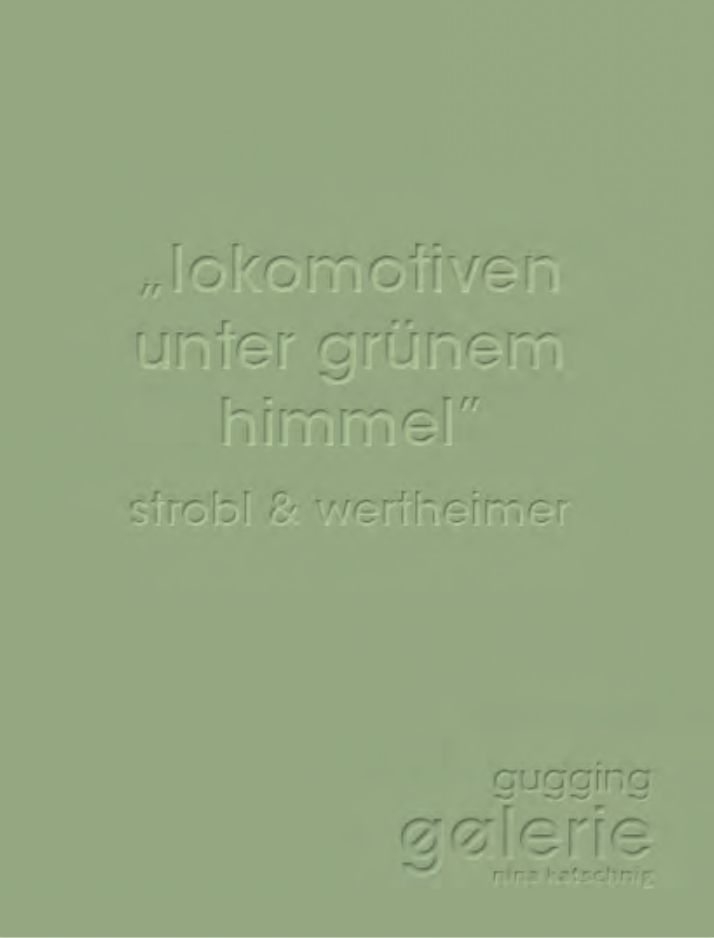 Catalogue "locomotives beneath a green sky" 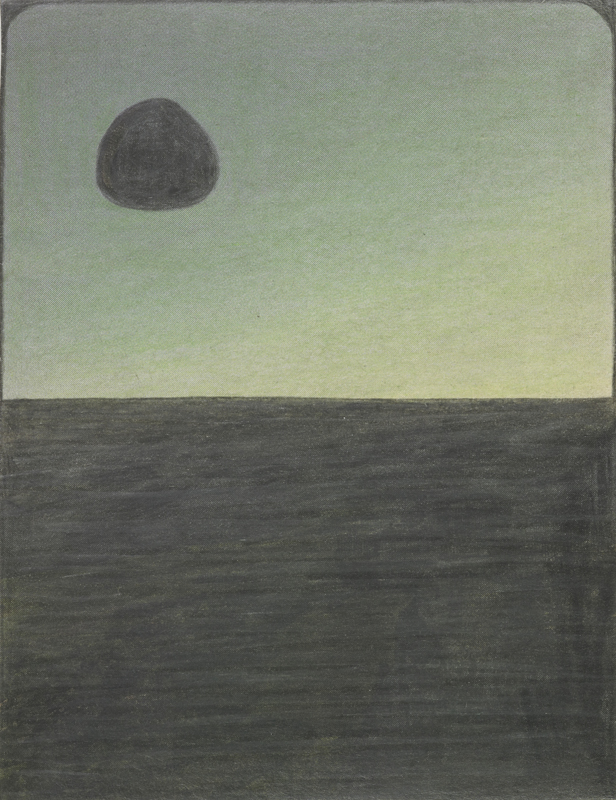