Johann Fischer was born in 1919 in Kirchberg am Wagram, Austria, and lived in the House of Artists in Gugging from 1981 until his death in 2008. In the beginning, he depicted individual objects, people or animals – in pencil and very stylised. In the course of time, his works became increasingly colourful and, after structuring his motifs, he began to inscribe them. In 1990, he and the Gugging Artists were awarded the Oskar Kokoschka Prize. His paintings can be found in the Museum de Stadshof, Netherlands, in the Museum of Outsider Art, Russia, and in the Helmut Zambo Collection, Germany, among others. 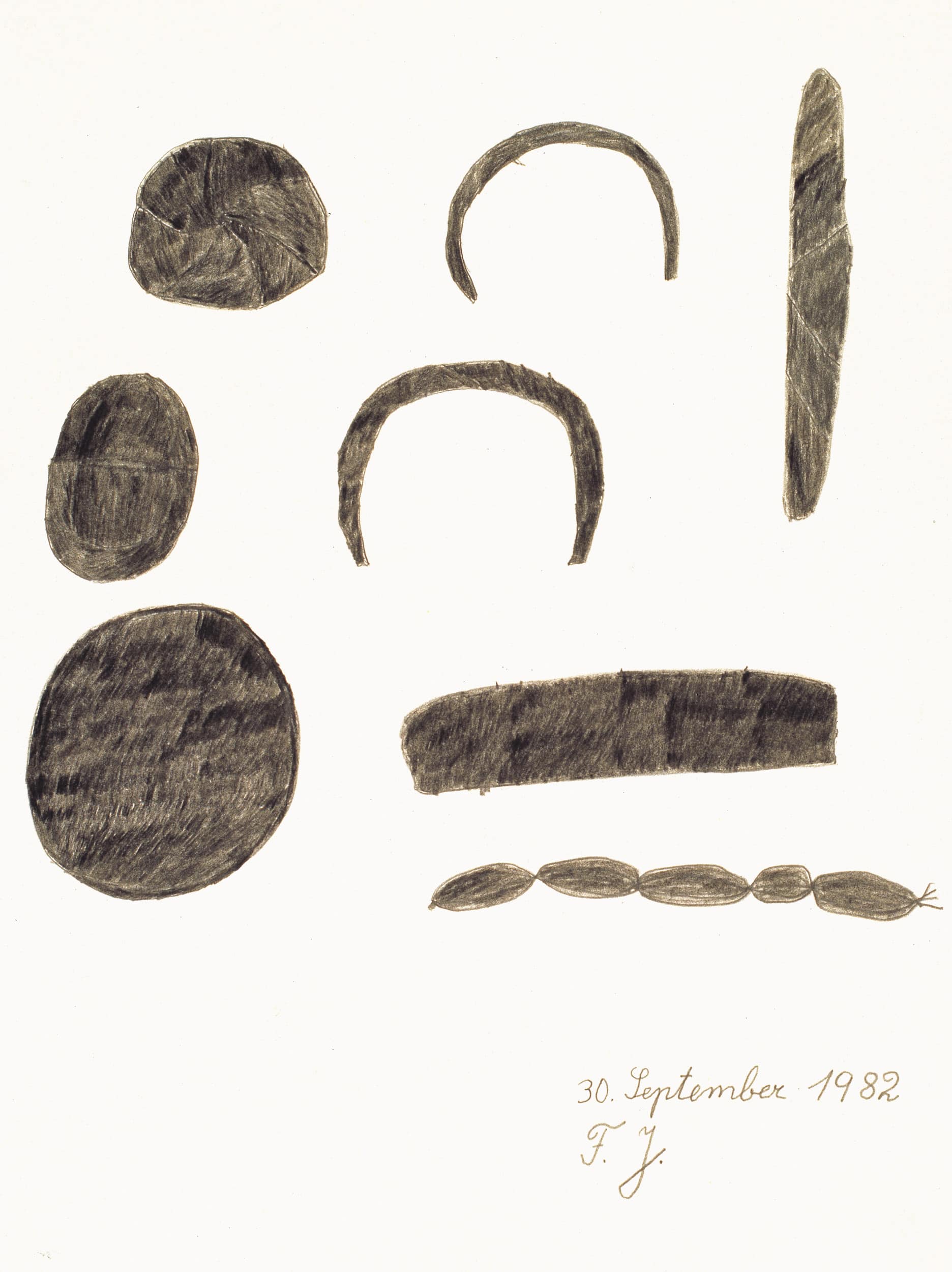 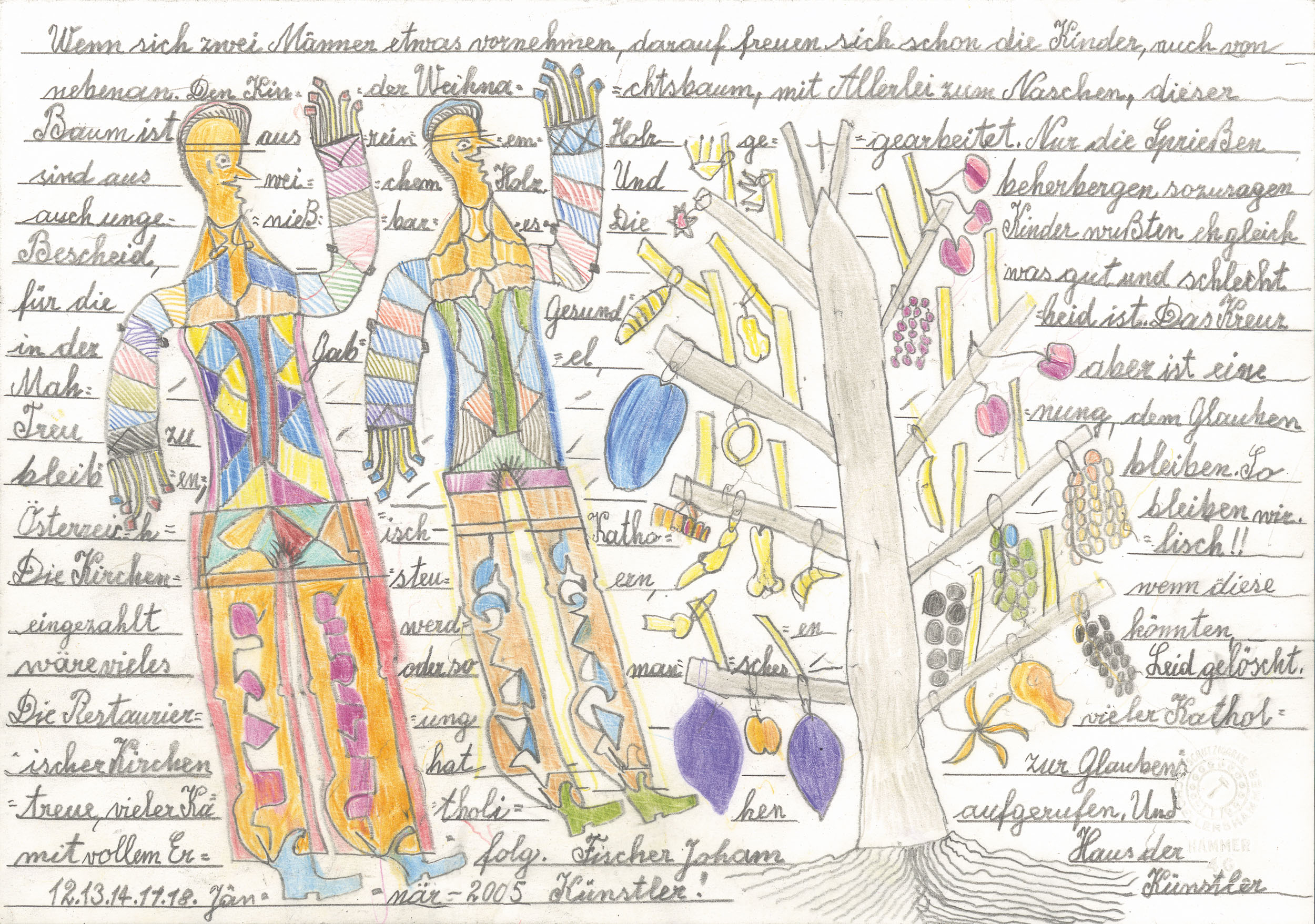 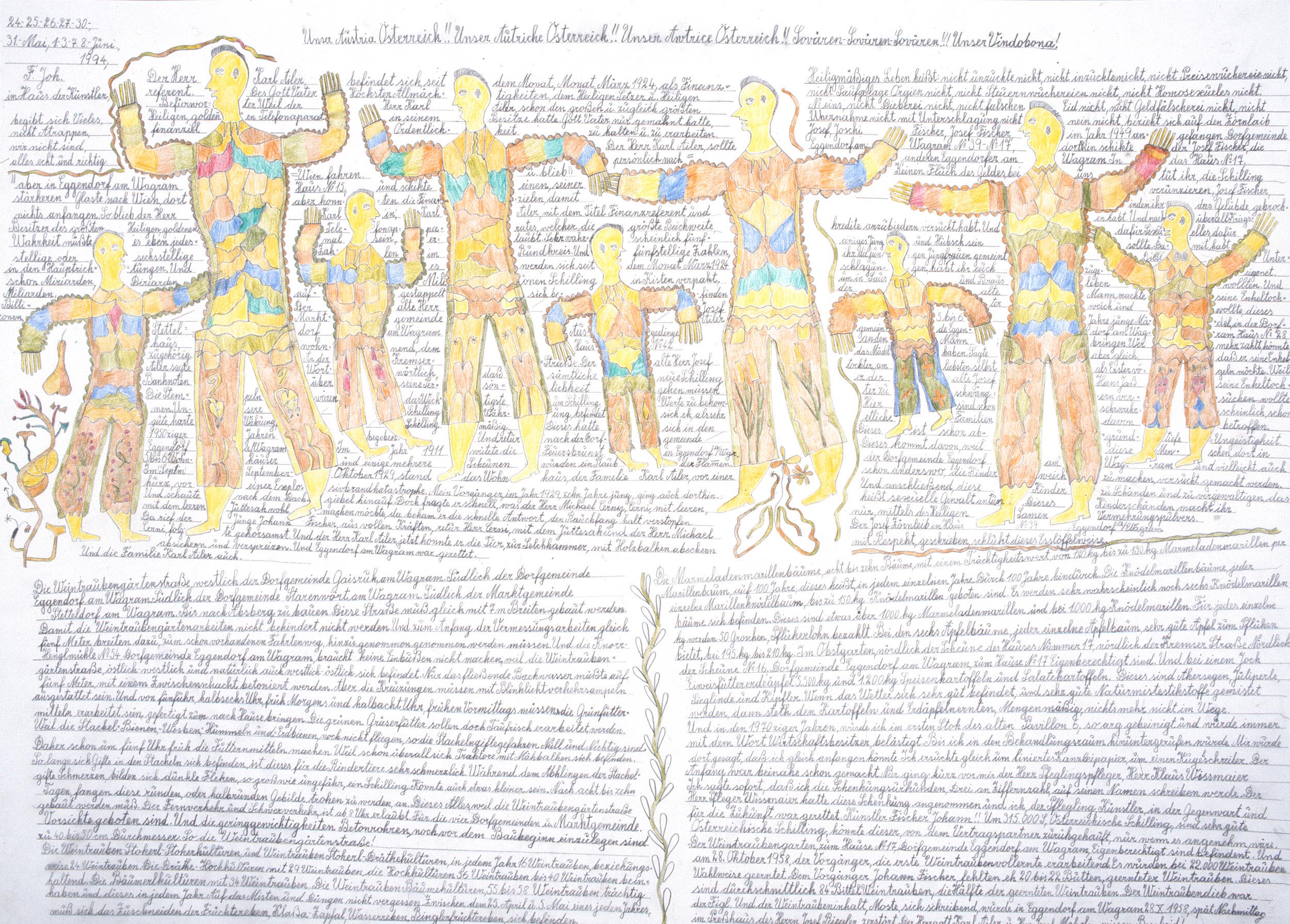 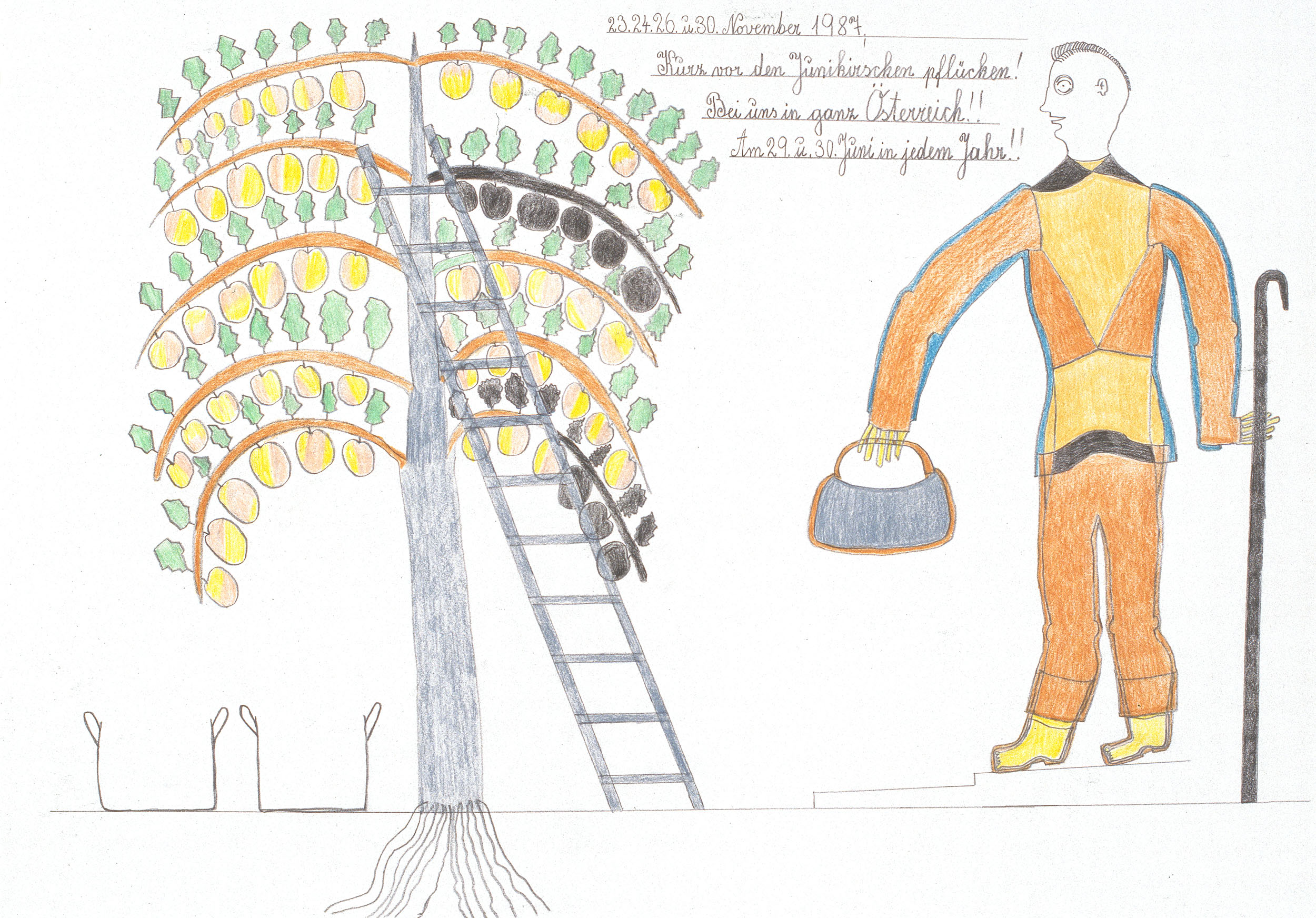 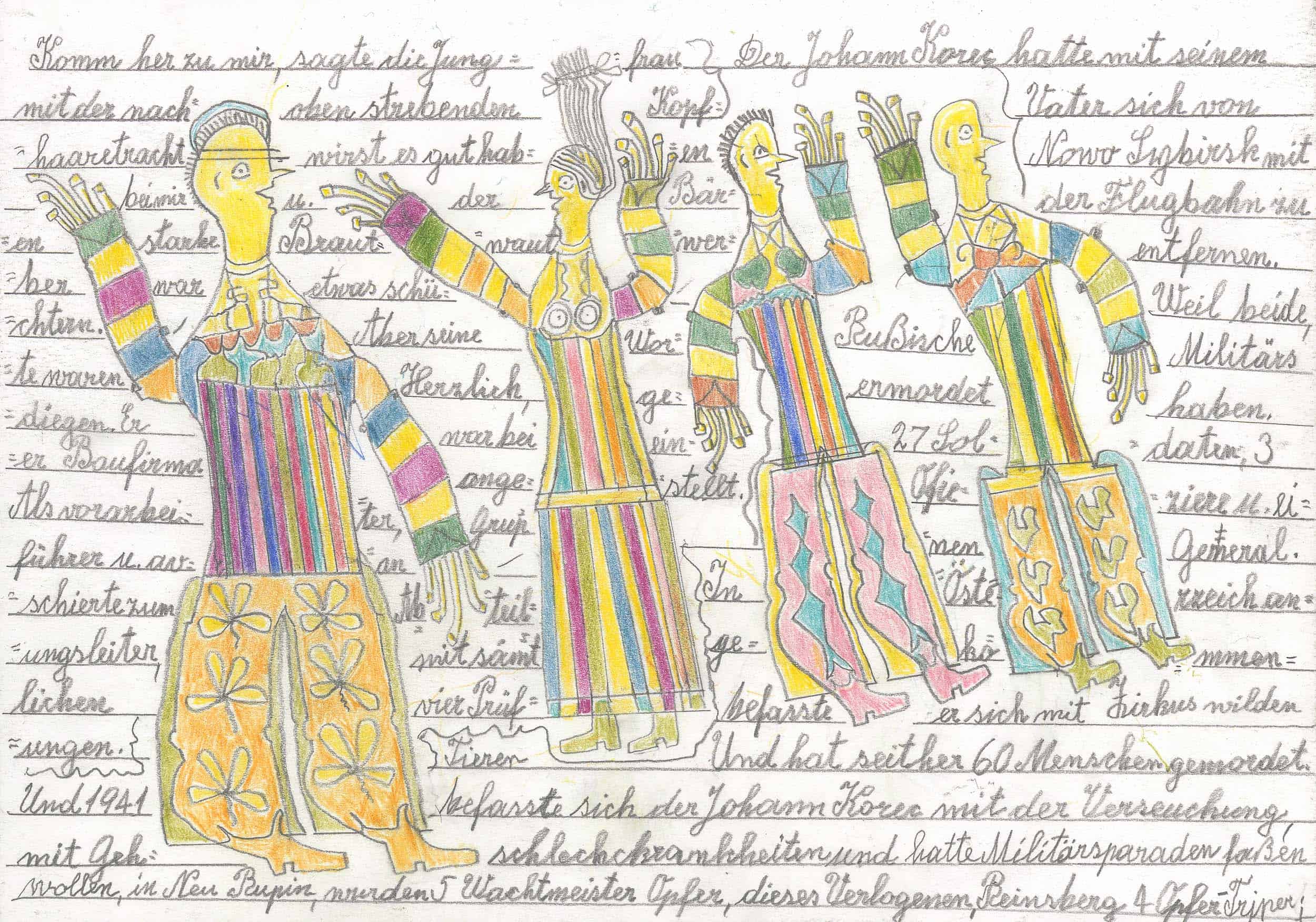 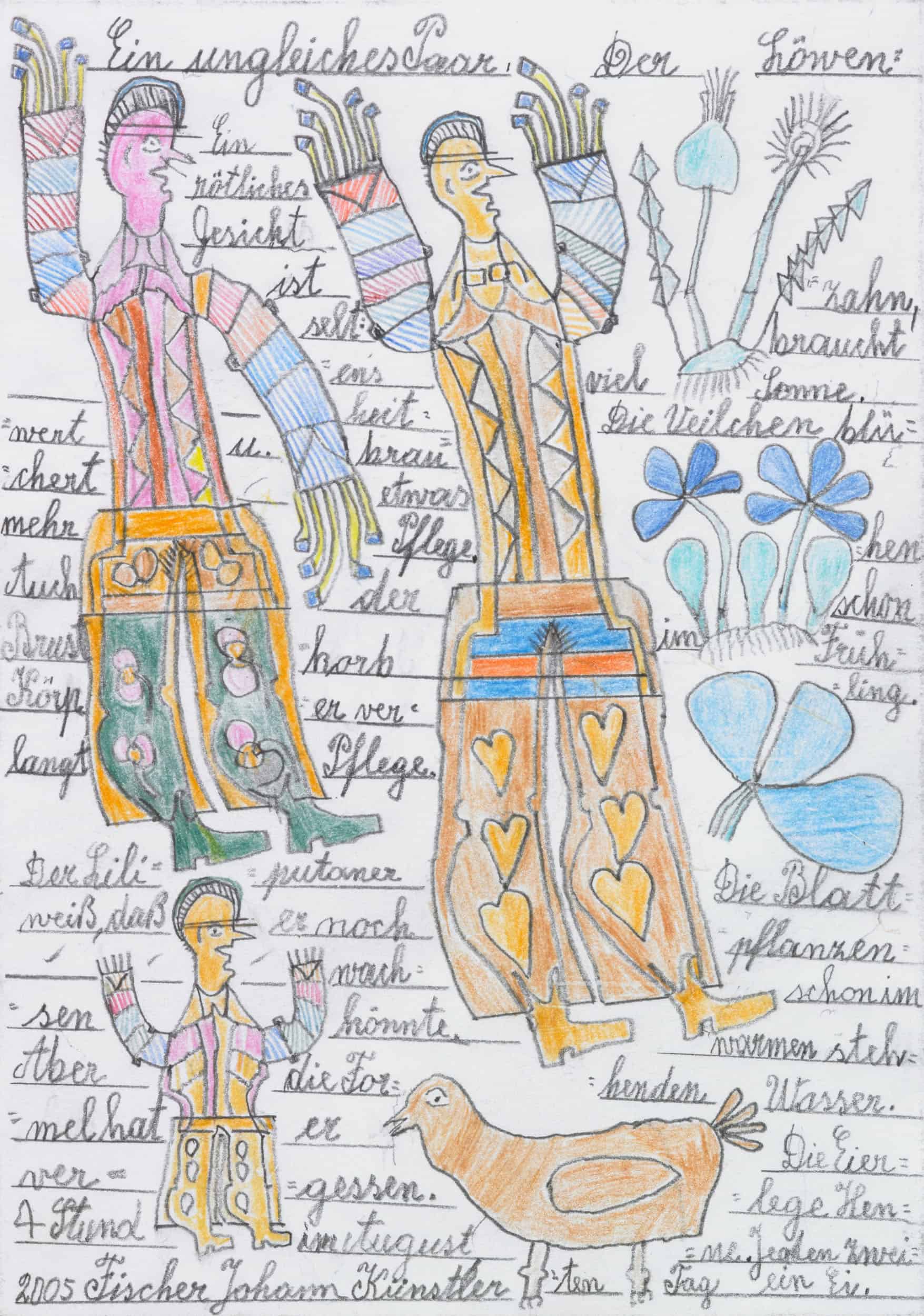 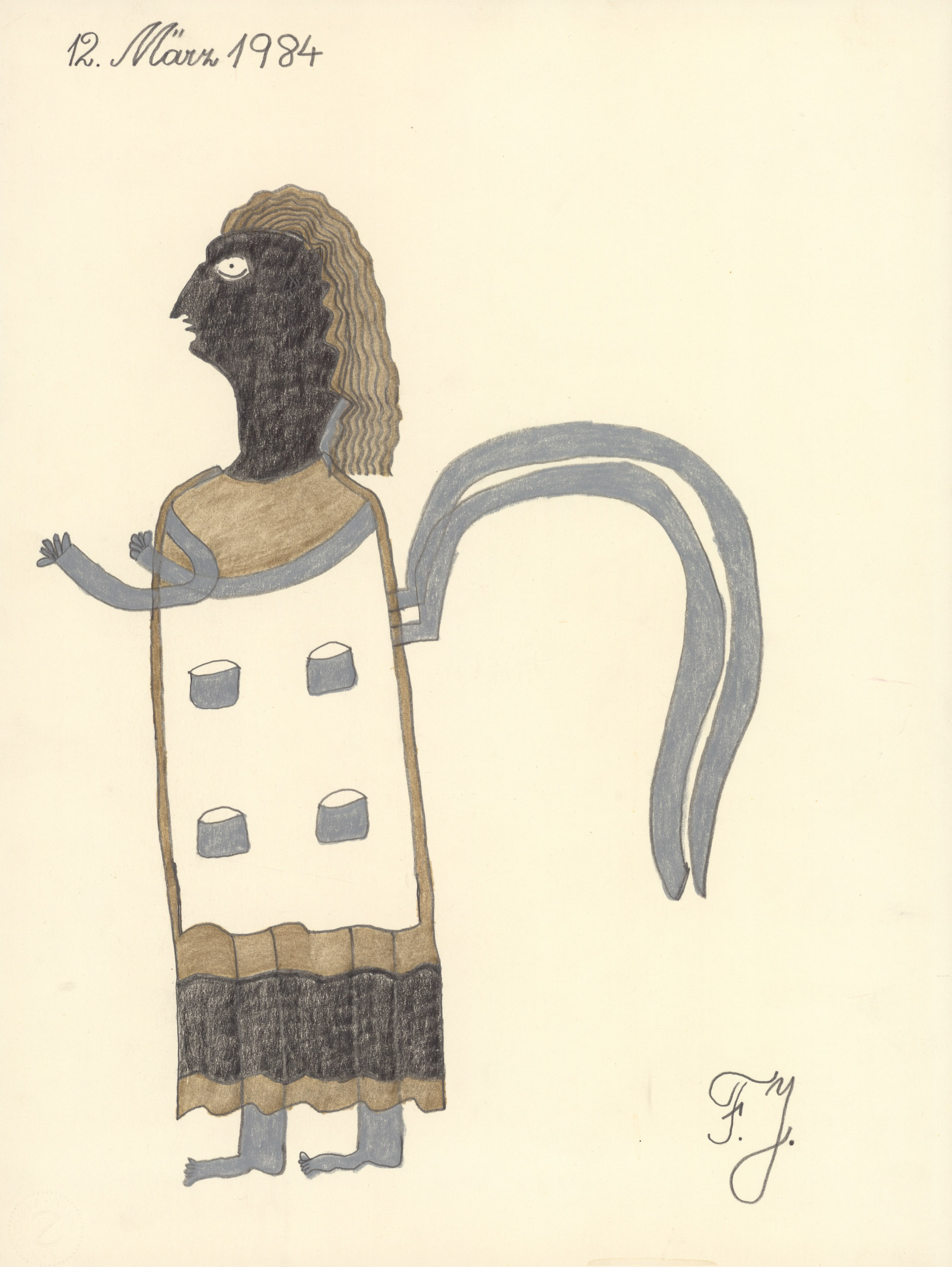 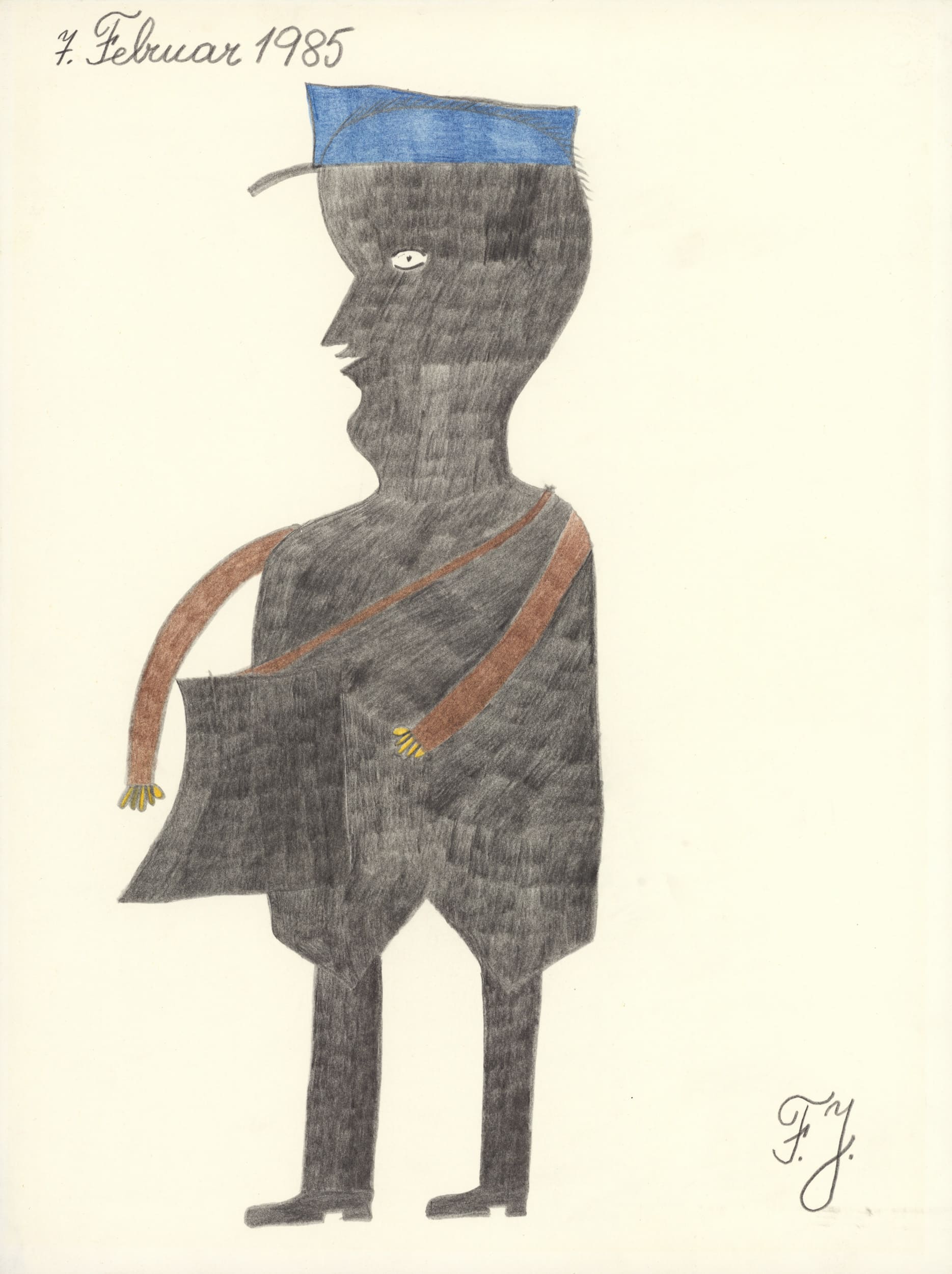 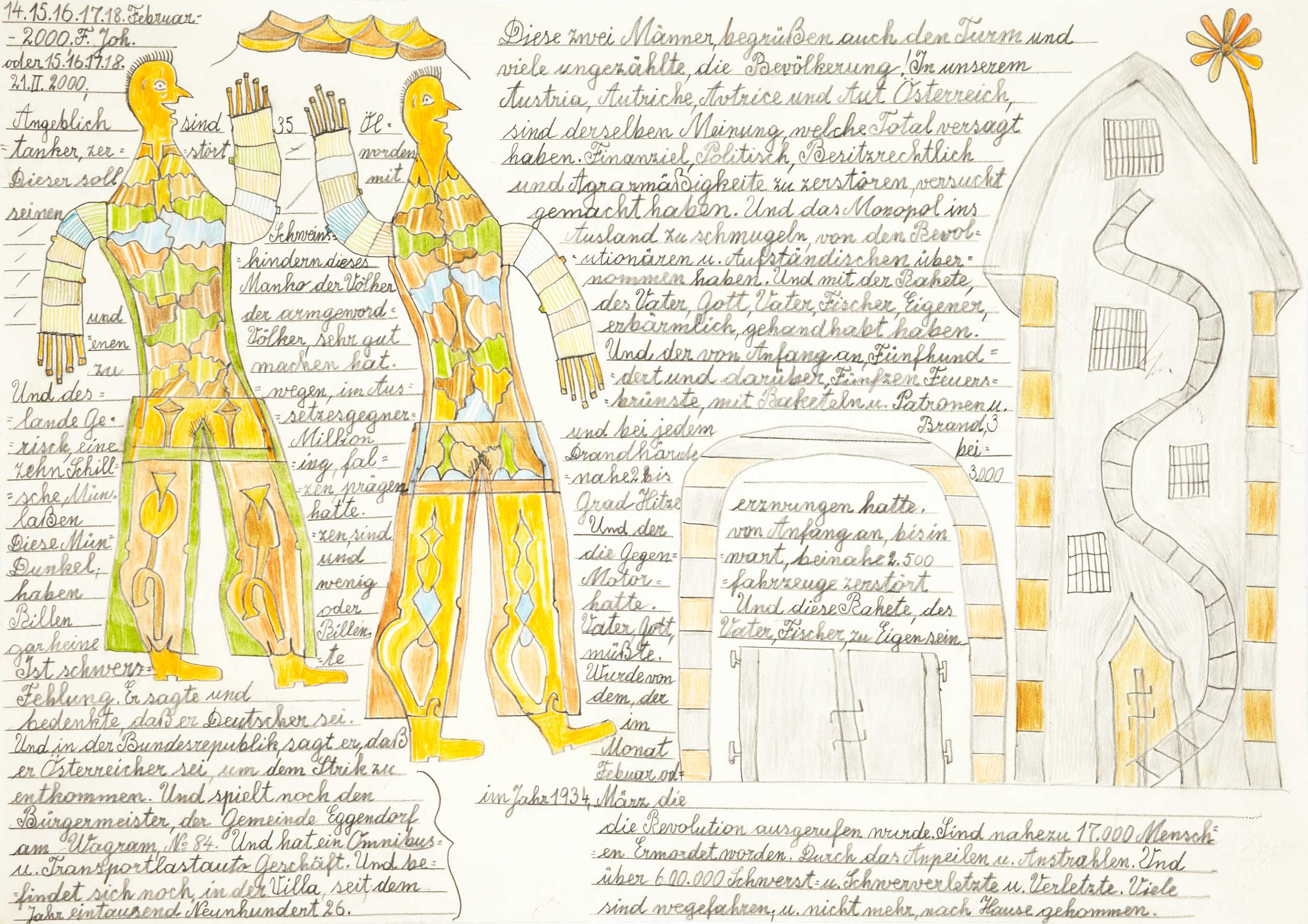 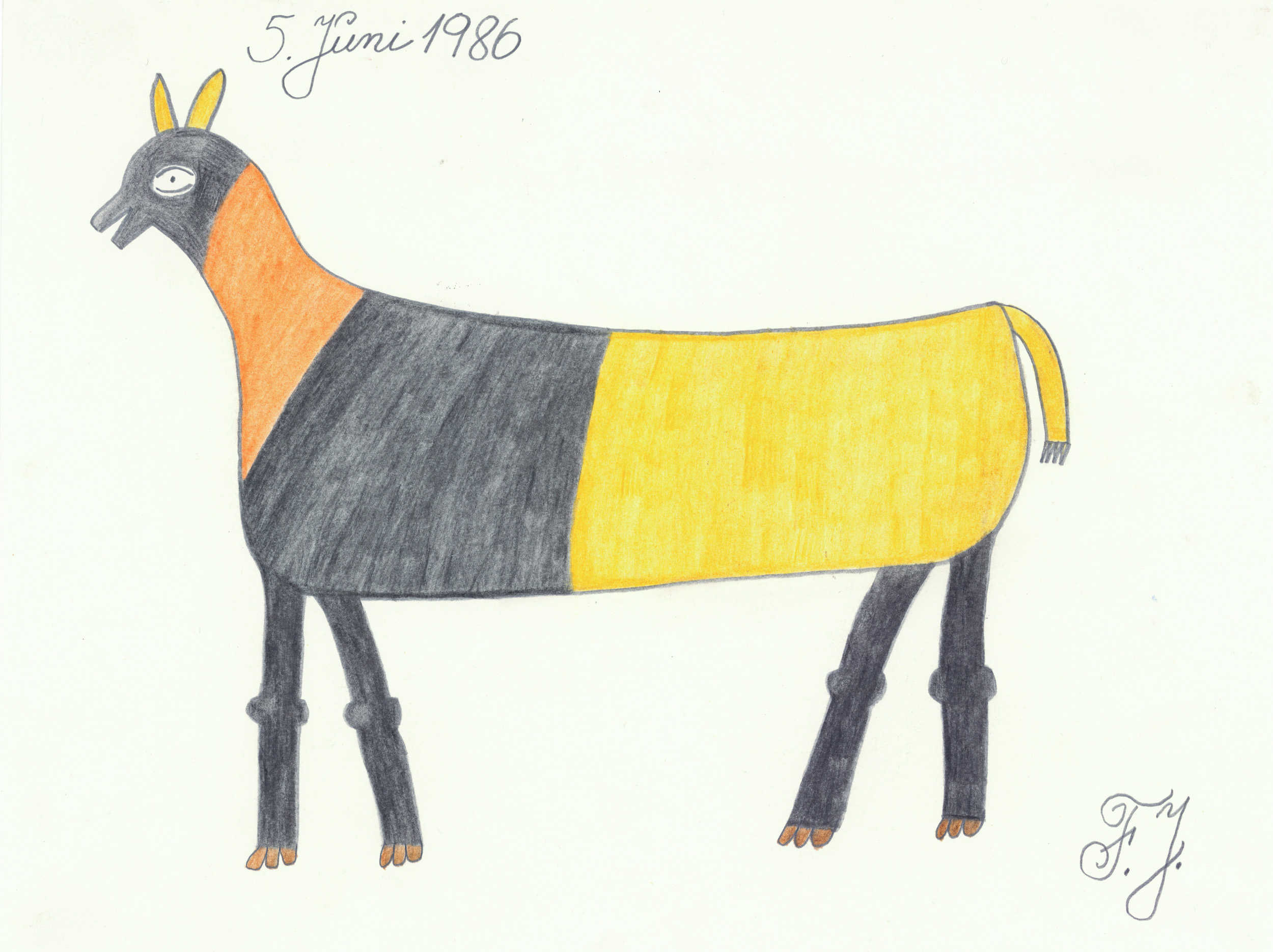 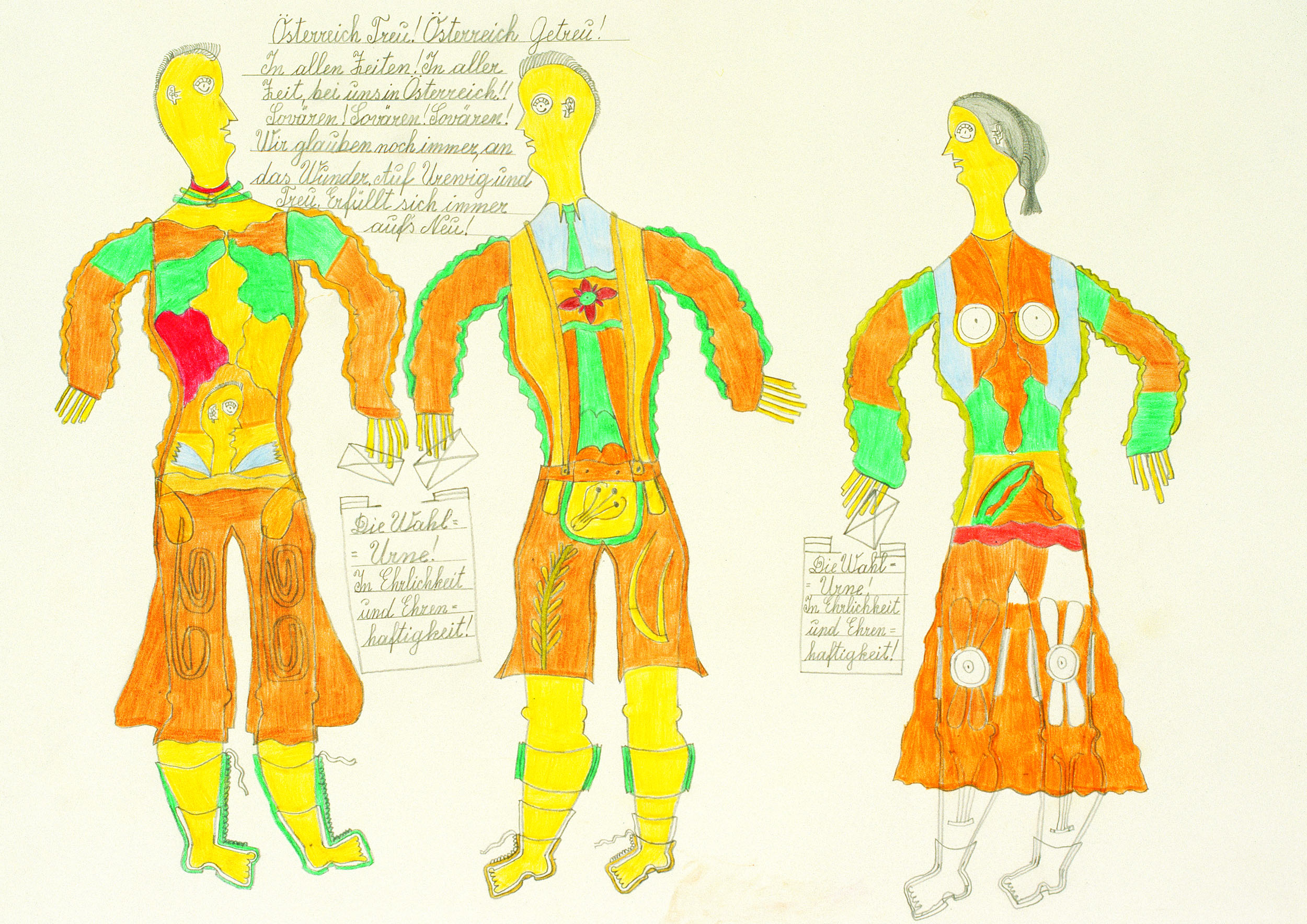