Johann Korec was born in 1937 in Vienna, Austria, and lived in the House of Artists in Gugging from 1981 until his death in 2008. Depictions of lovers – sometimes during sexual intercourse – were among his preferred motifs. The protagonist is almost always the artist himself. At the beginning of his artistic career, he traced characters from templates that he had collected. His imagination was his source for later drawings. In most cases, he added a caption beneath his illustrations, which made them look like diary entries. In 1990, he and the Gugging Artists were awarded the Oskar Kokoschka Prize. His works are displayed in the Setagaya Museum, Japan, as well as the Museum of Outsider Art, Russia. 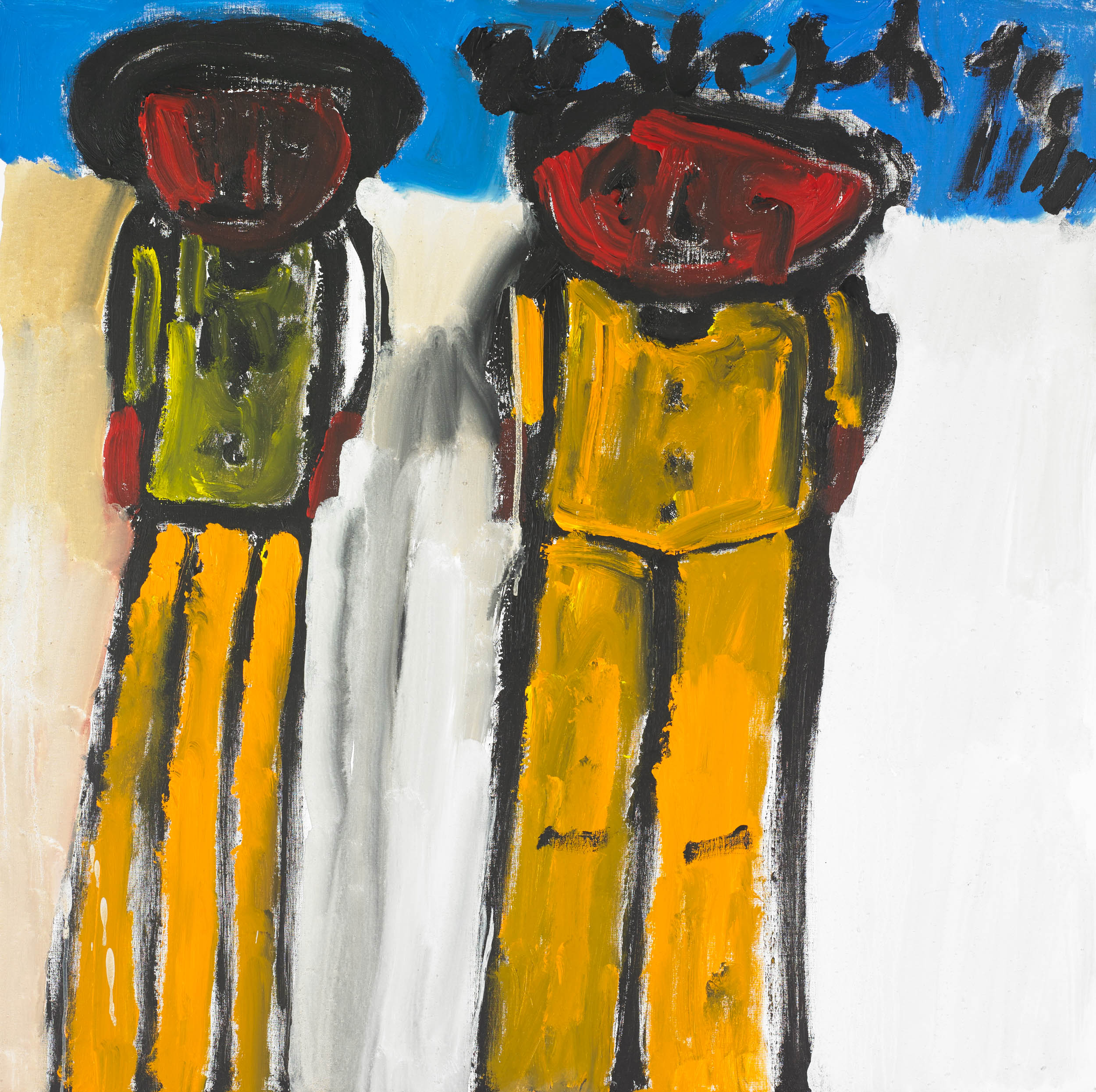 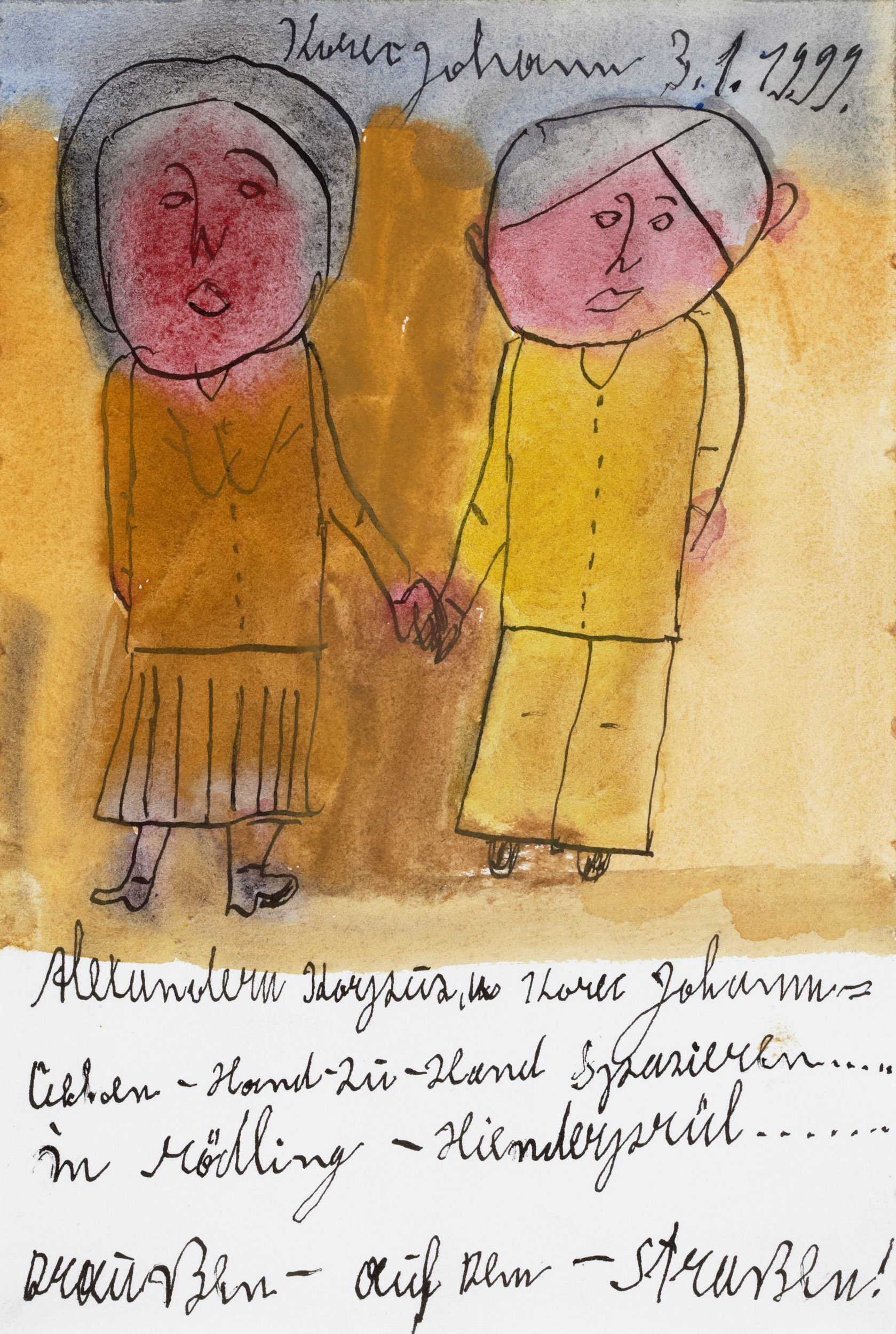 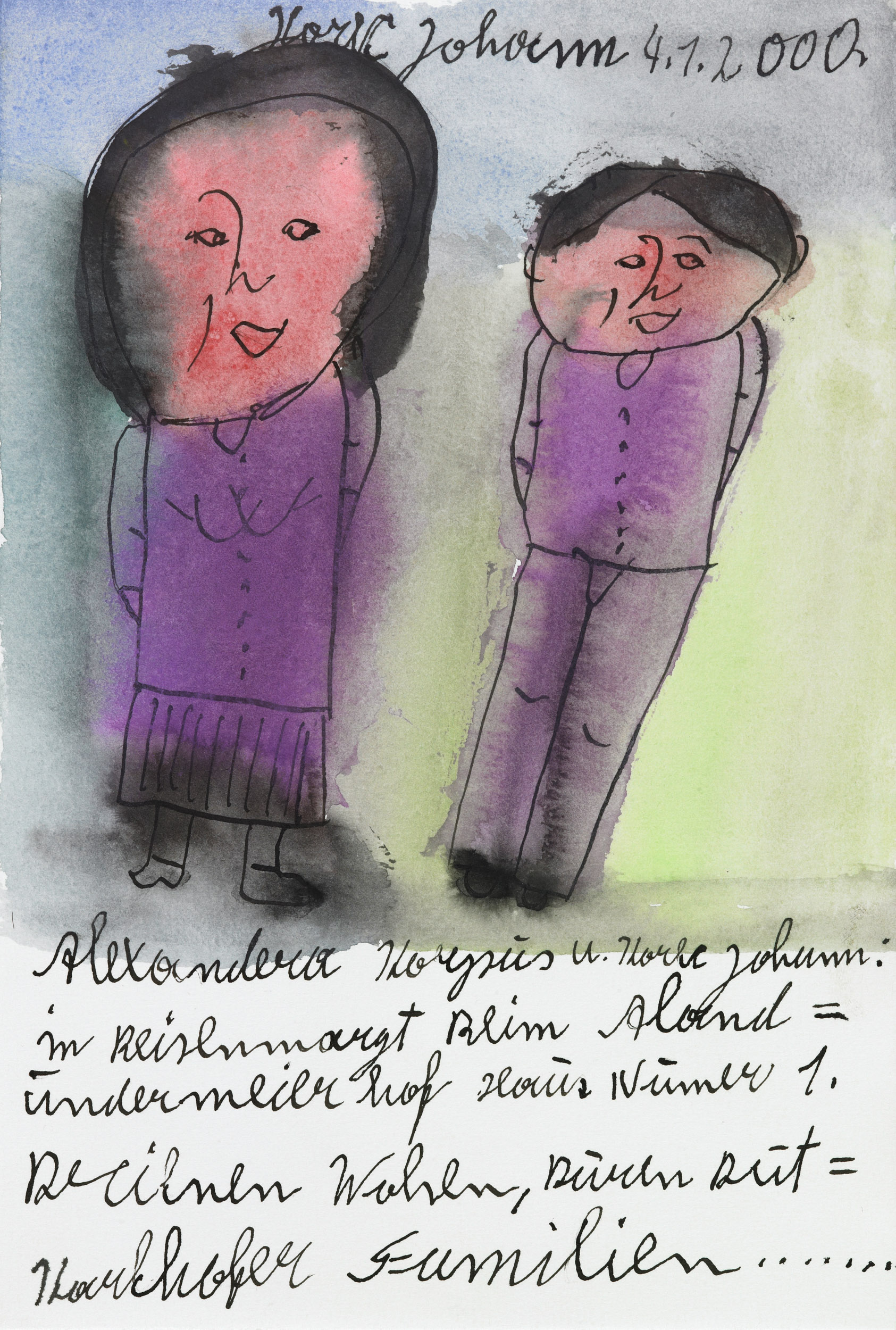 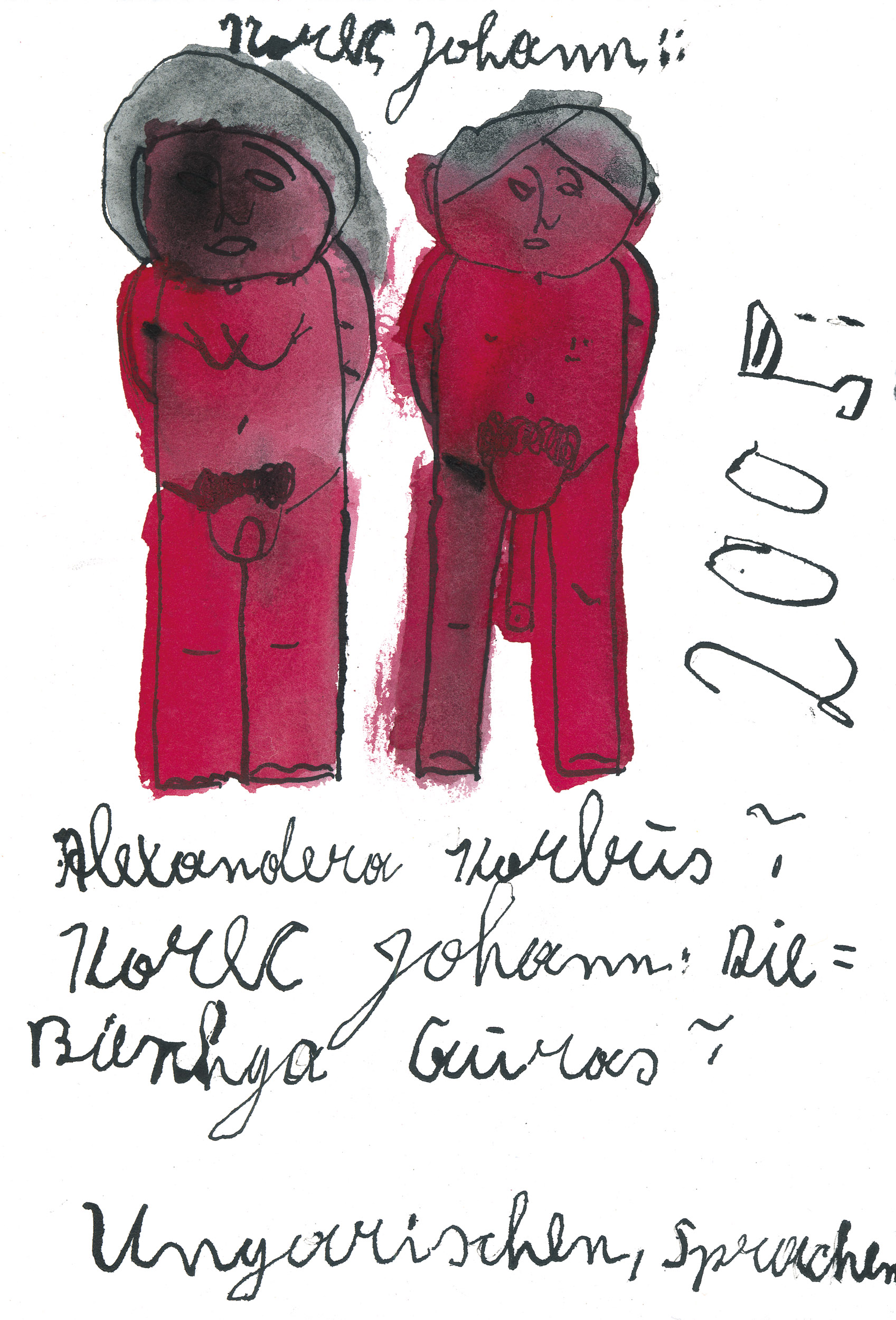 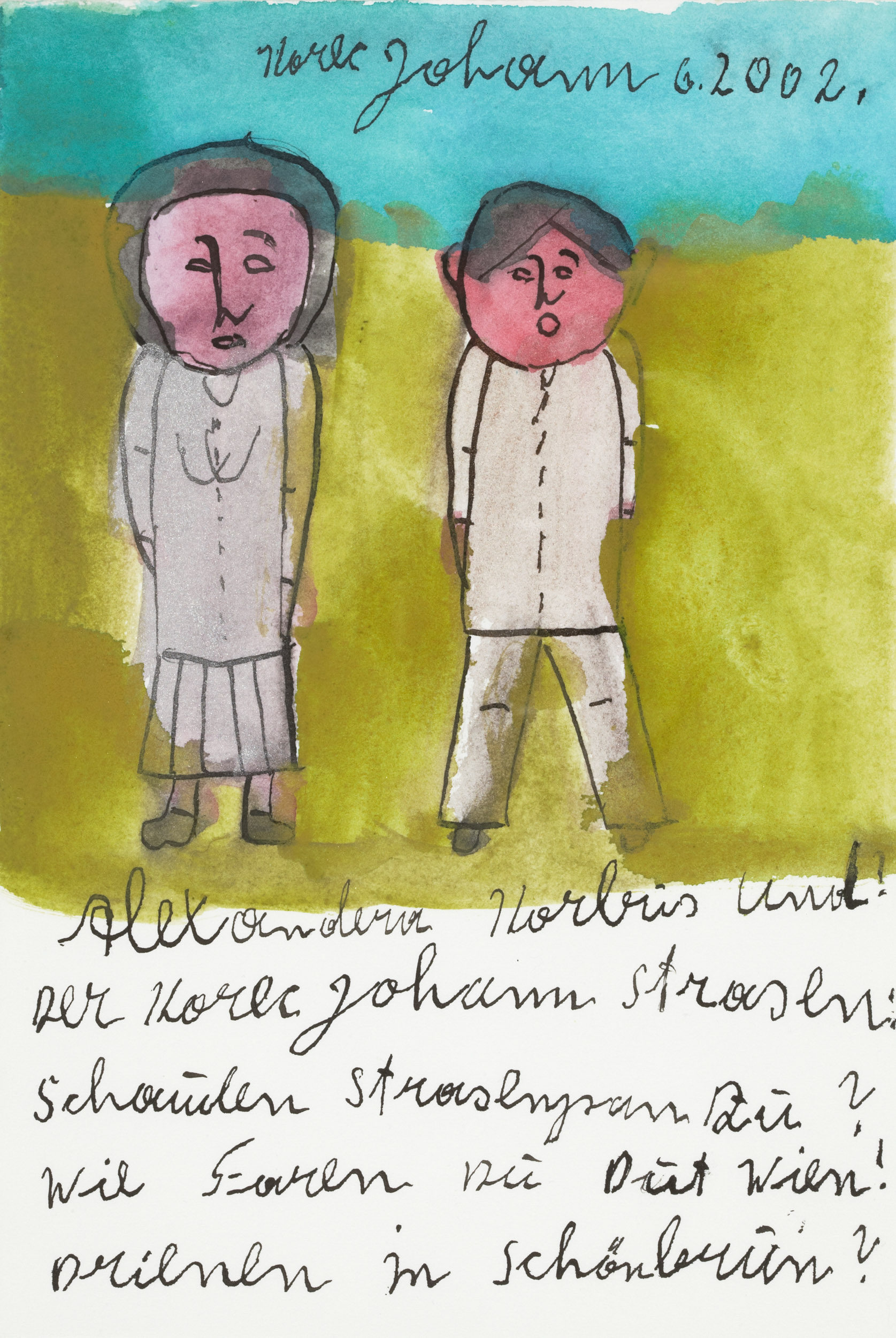 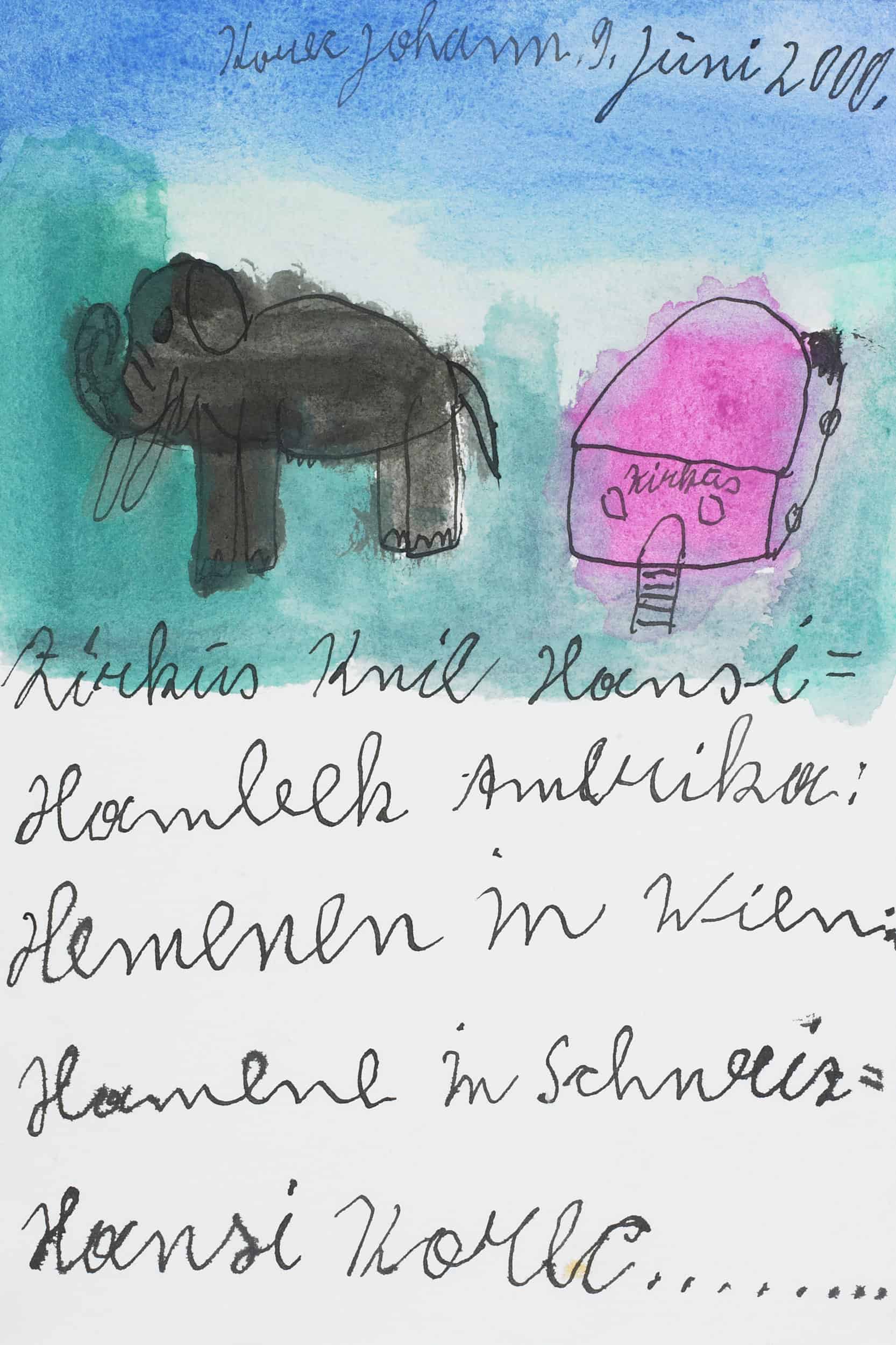 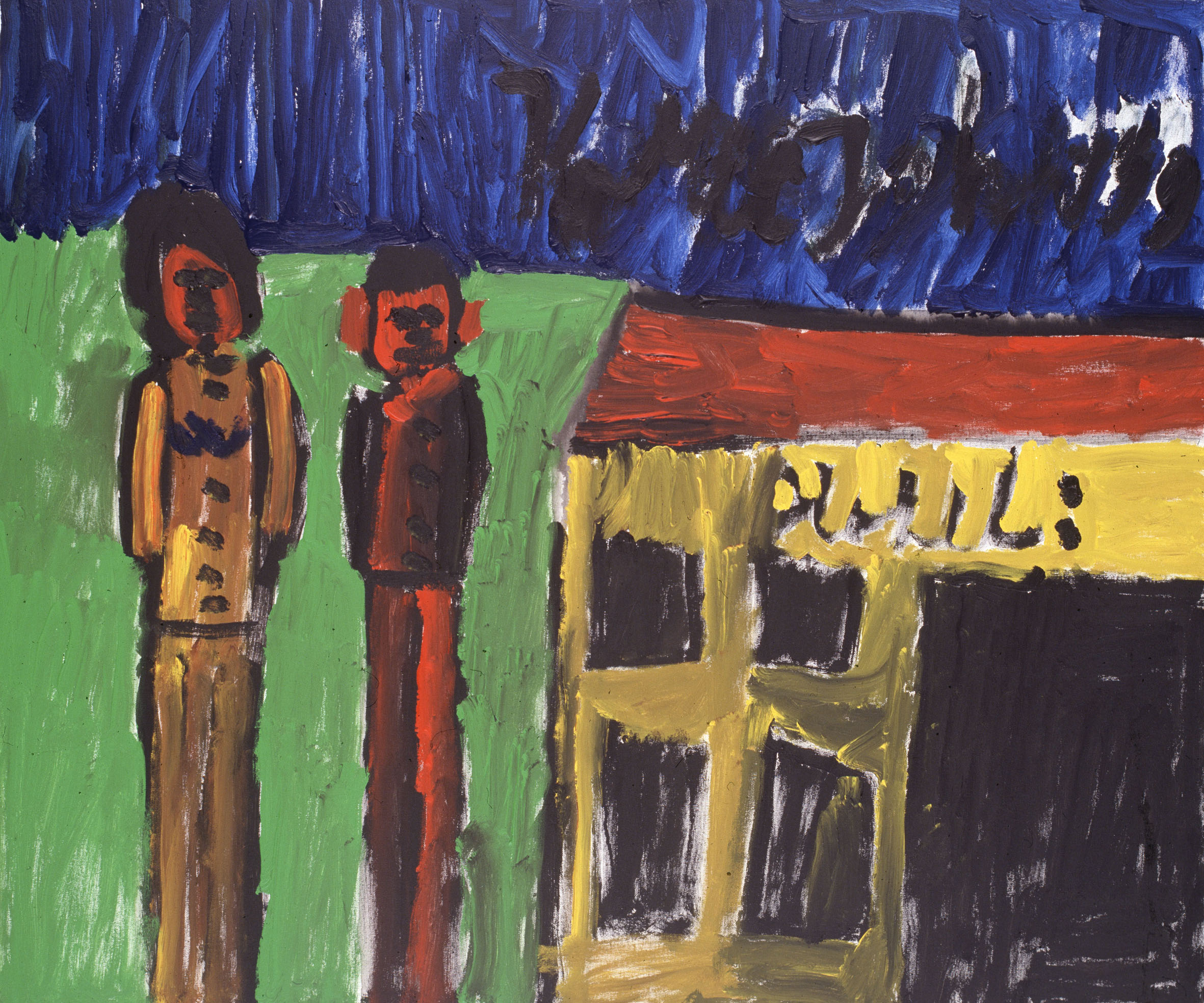 "Liebespaar vor Hotel / Lovers in front of the hotel" 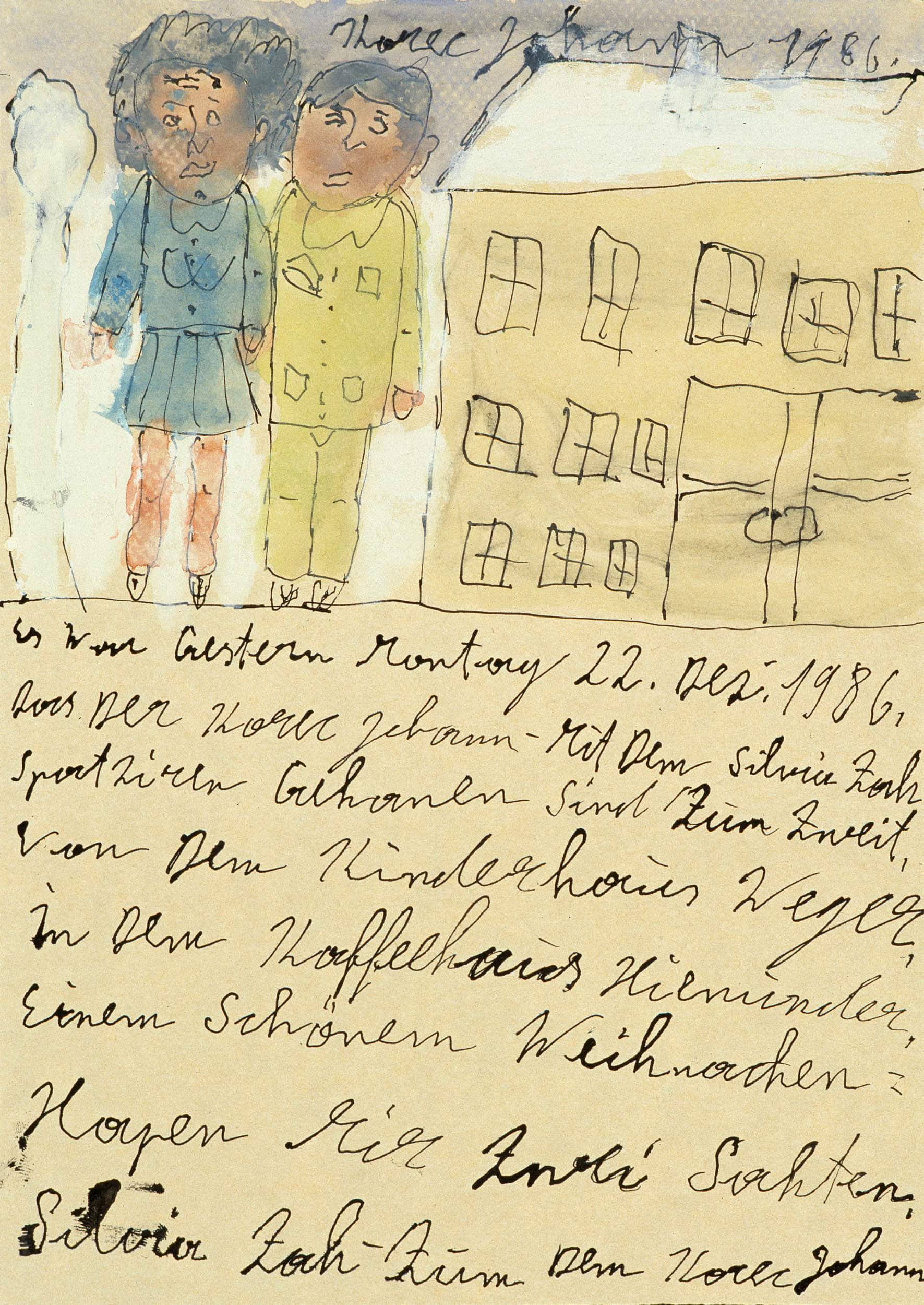 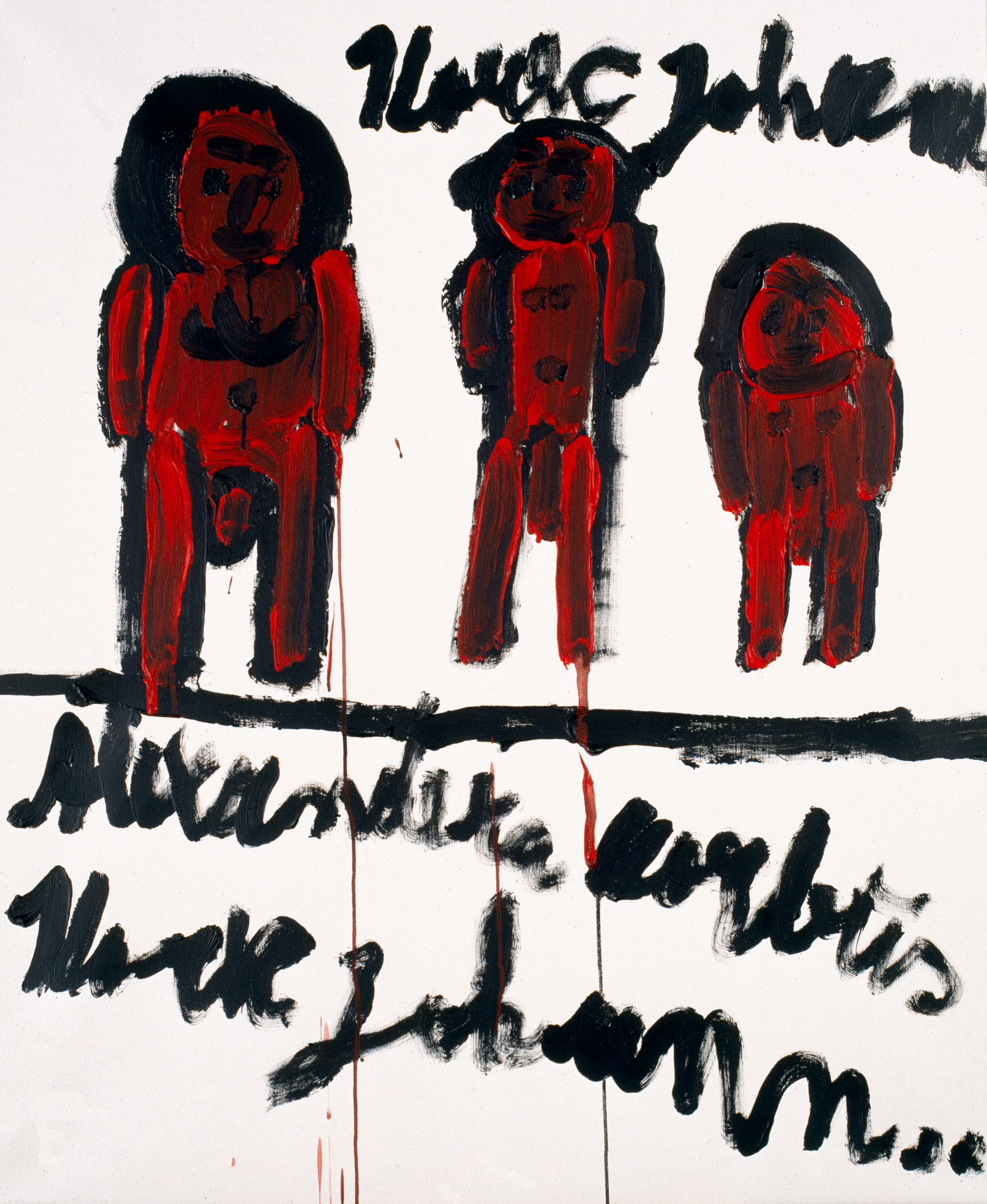 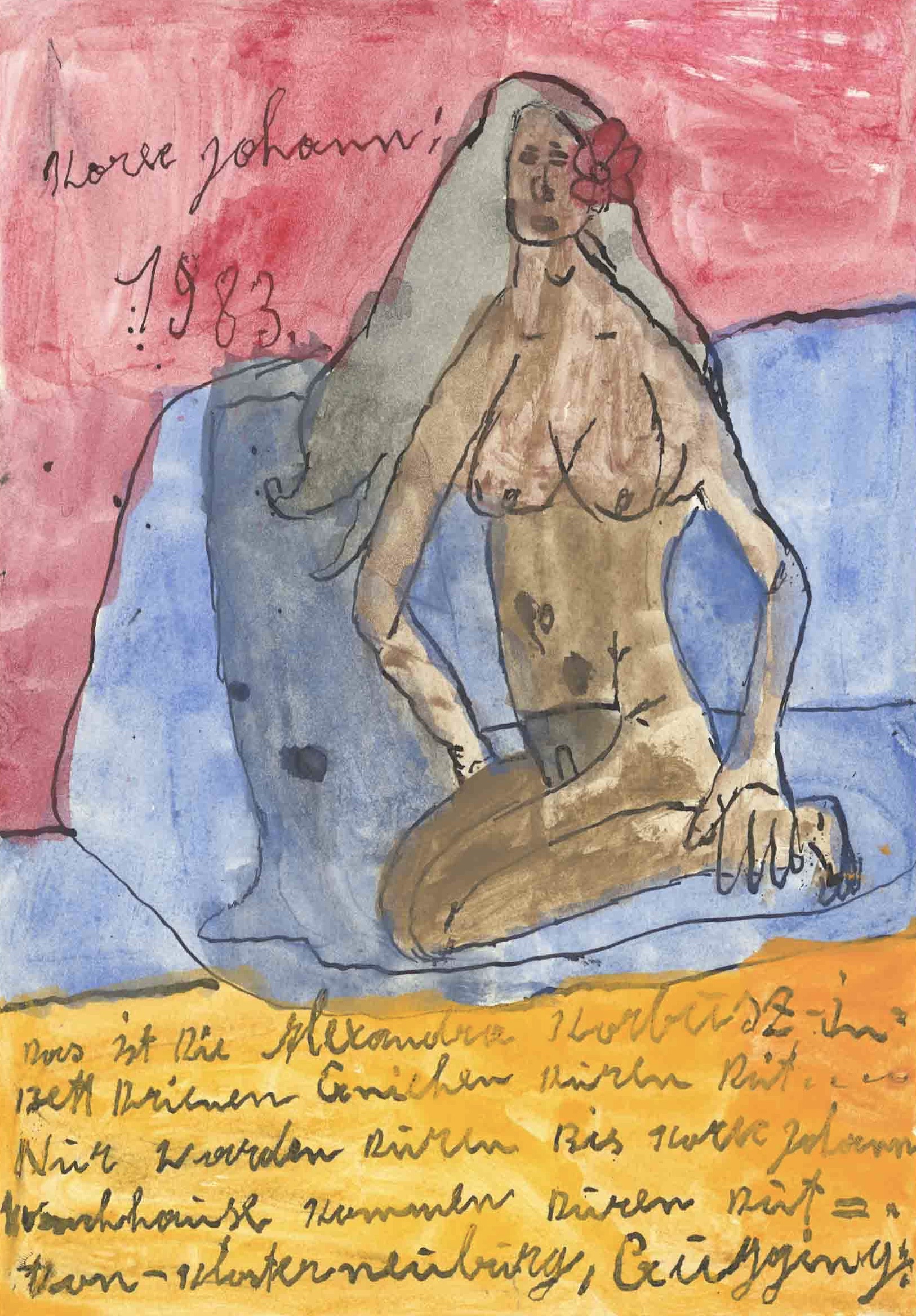 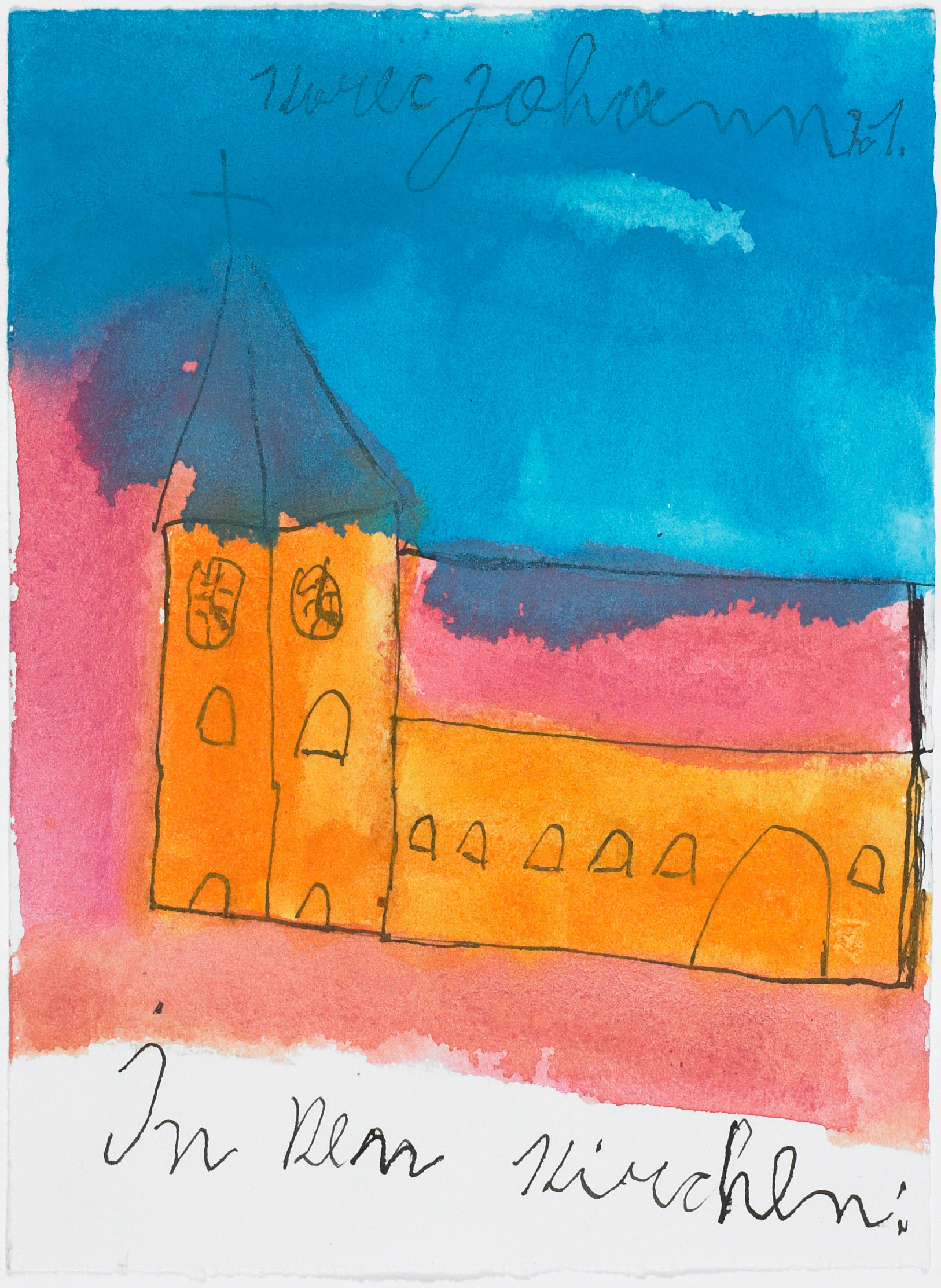 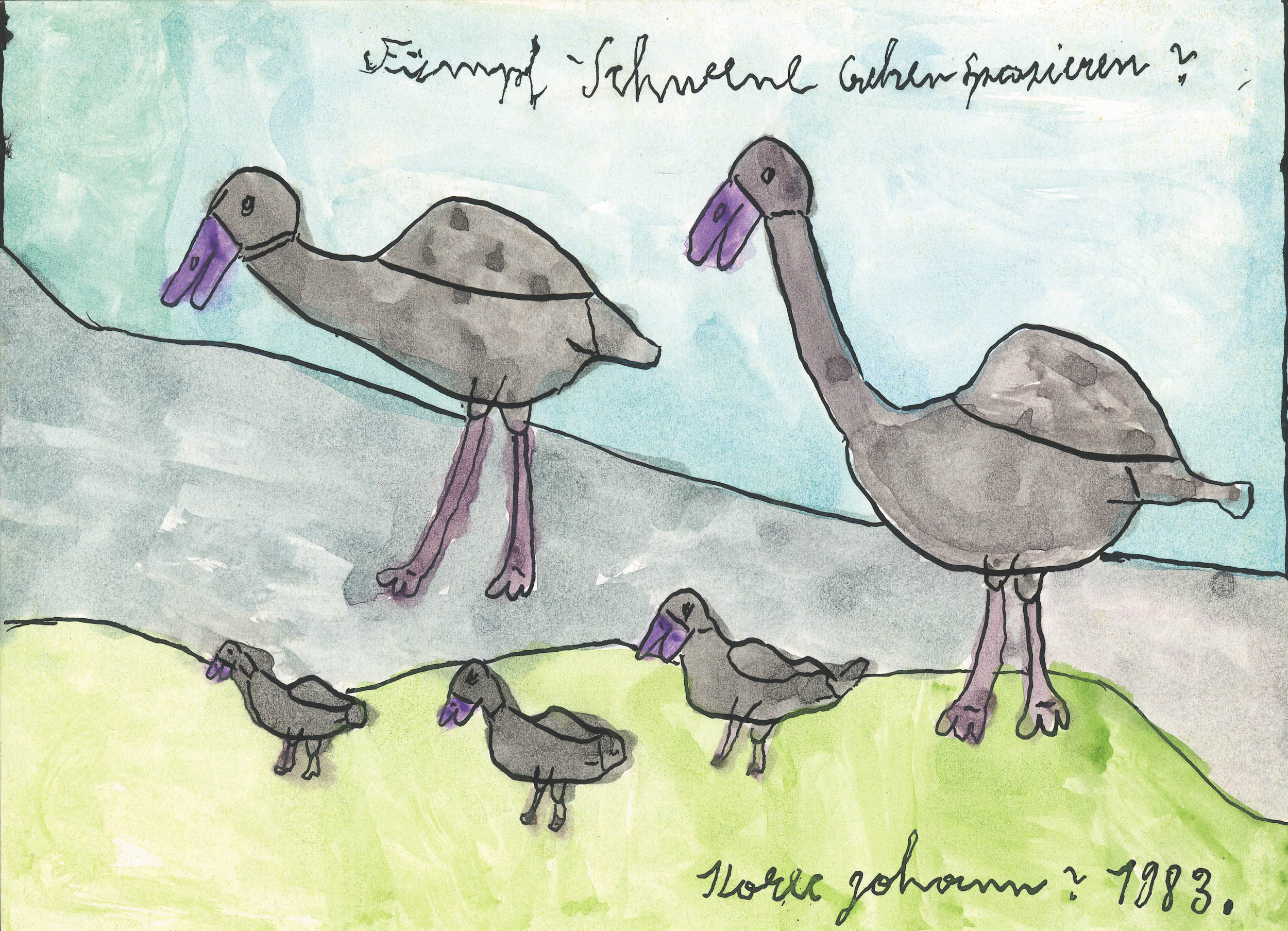 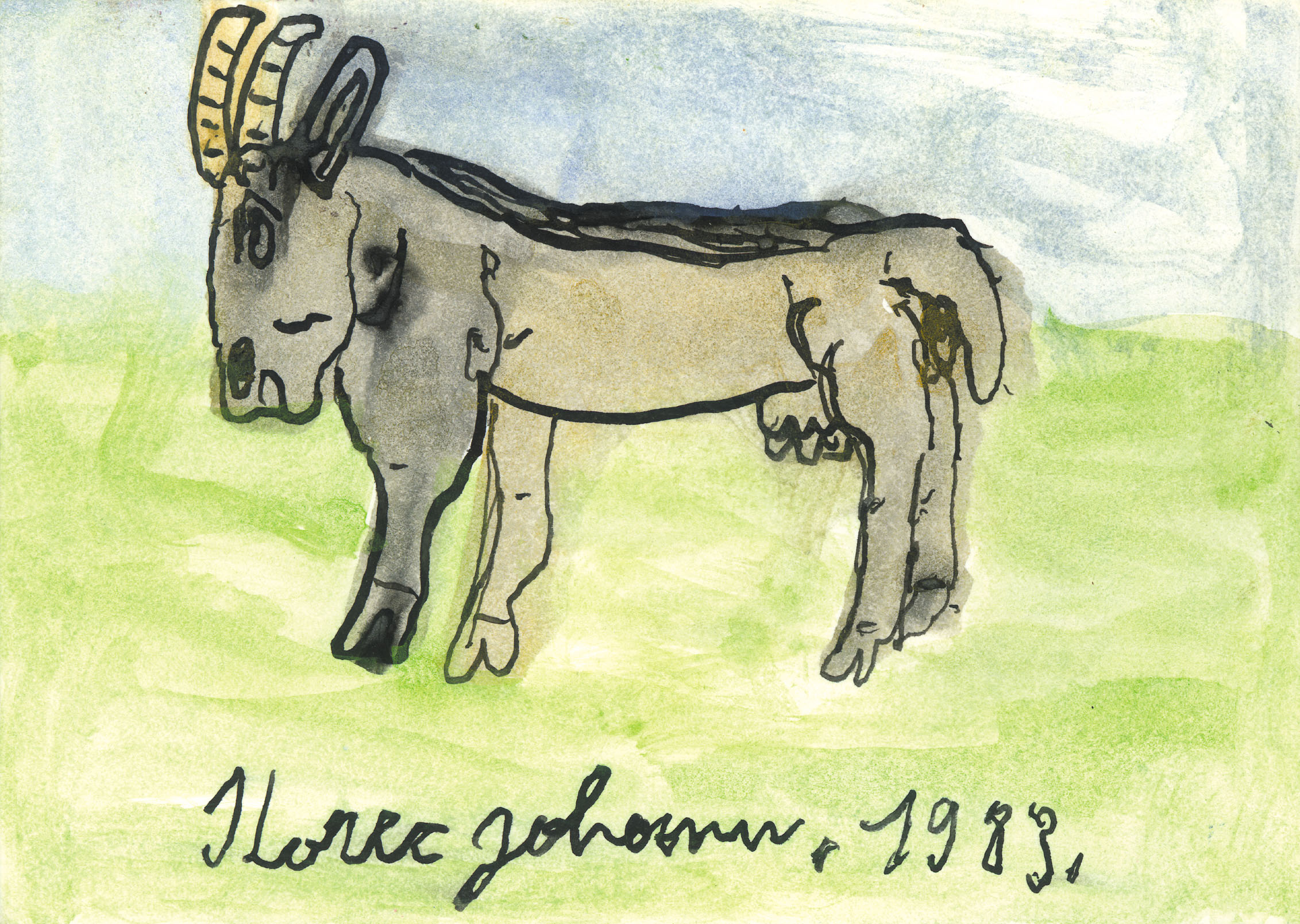 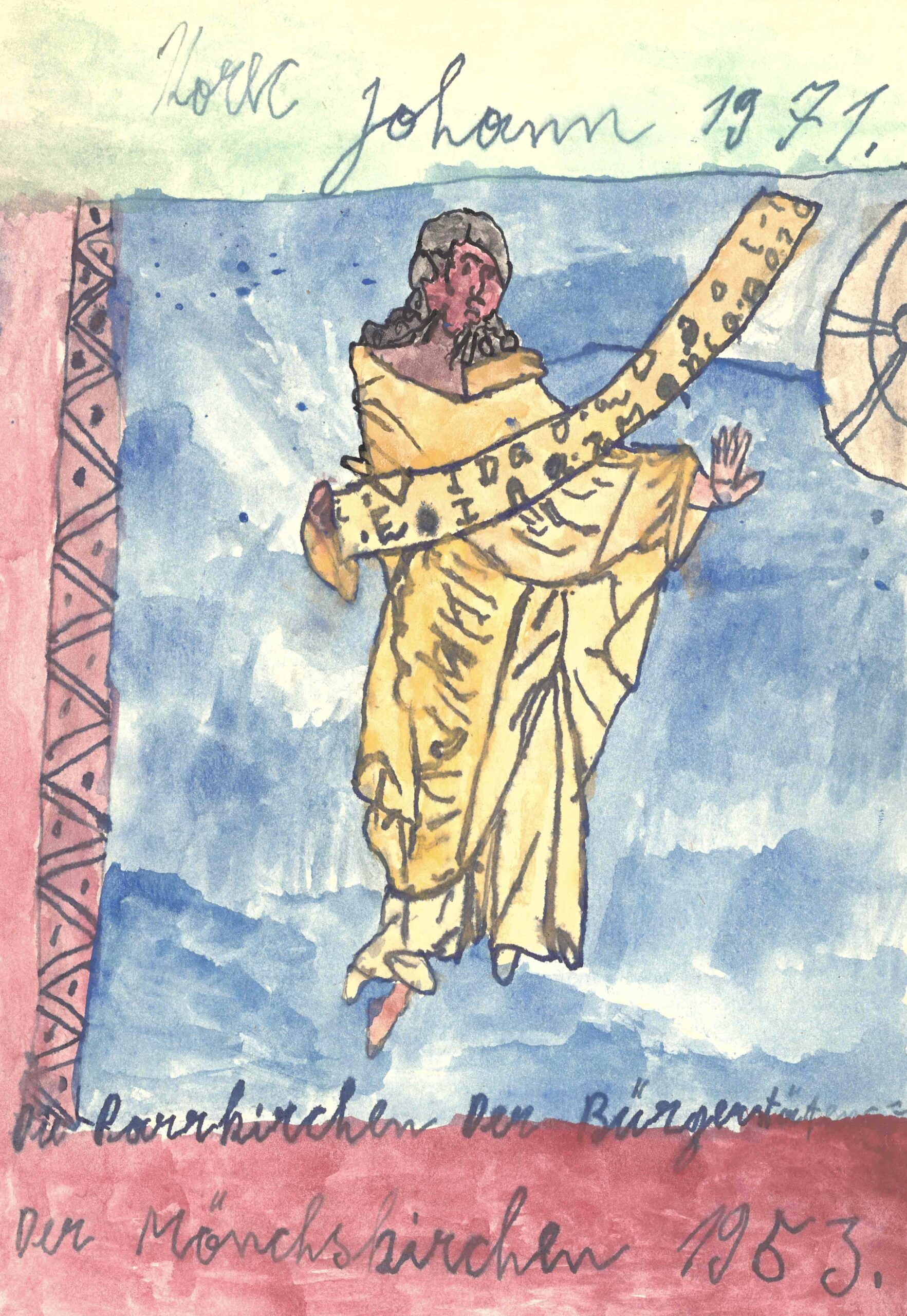