Sunbeams and love letters – the new exhibition at the gallery gugging, ingolf ebeling – “Liebste Sina…”, brings with it signs of early spring. This is the first time works by the German artist are on show at a gallery, and consequently they are also available for purchase.

Ebeling, who mainly works on long-term, serial projects, reduces his drawings down to the essentials, to shape and colour, and displays an incredible sense of aesthetics and composition. Writing is a fundamental part of his frequently conceptual works and serves as a formal and contextual means of expression. His creativity is driven by love, which he celebrates in his art.

Ebeling is a self-taught artist, who began his career in 1991. Since 2002, he has been a regular guest at the open studio gugging. In May 2006, he began working on his long-term project “Der Sonnenstrahlenmillionär” (The Sunbeam Millionaire), for which he is sending out one million sunbeams on more than 42,000 postcards of his own design. Every postcard is addressed to “Liebste Sina” (Dearest Sina). To date, he has finished approximately half the cards. Based on this project, Ebeling has designed 200 special postcards for his exhibition at the gallery gugging. A selection of these will be on show next to larger images incorporating writing.

The exhibition “Der Sonnenstrahlenmillionär” recently opened at the museum gugging and will remain on show until September 7, 2014. 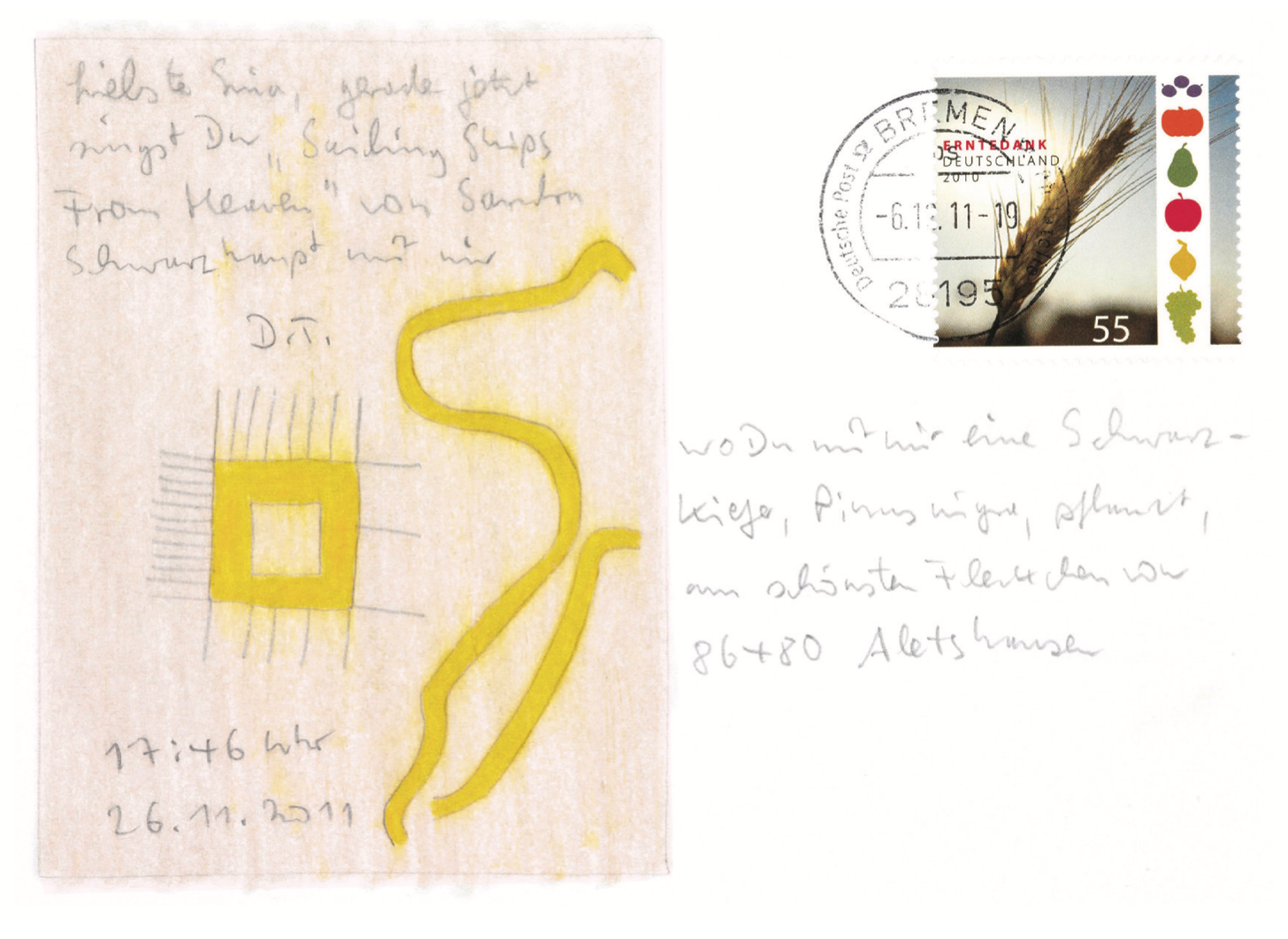