“The inscription says a lot!”, the Gugging Artist Johann Fischer used to say.

Interwoven texts and images can be traced back to antique scrolls and medieval illuminations. Sometimes the text and the image were combined, at other times the writing became an image in itself: artistically decorated initials opening a new chapter, or an image composed through a particular arrangement of the writing, as seen (among others) in “visual poetry”. The exhibition “inscriptions” is dedicated to those phenomena.

There will be works exhibiting a symbiosis of writing and image, such as with Balassa, Korec or Vondal:
they illustrate text passages, respectively commentate on images. Balassa for example – whose works are on show for the first time – combines texts about strong women, saints or the battle against her illness with delicate drawings in Indian ink or coloured pencil that display the subjects of her writing. Representations of lovers – with or without intercourse – are among Johann Korec’s favourite motifs. His figures are executed in watercolour and contoured in Indian ink. He completes them by describing the images – sometimes in detail, sometimes less so – mostly near the bottom of the sheet. Karl Vondal works the time component into one of his pictures by drawing a football field and adding the text pertaining to the game. It reads like the commentator’s voice over, lets the game come alive and visualises it to the onlooker.

Contrasting those works are works by Walla or Stoffers. Here, the writing itself becomes the subject of the picture. The particular arrangement and formation of letters or lines creates an aesthetic image. Walla goes so far as to shape his letters and words in such a way that the caption expresses their meaning or conveys his emotions. This can be compared to calligraphy, where the main aim is to achieve a perfect aesthetic balance and to visualise emotions. Stoffers’ works appeal through the rhythmic interplay of writing and drawn-out lines, which create a special aesthetic effect. The subject itself becomes secondary. 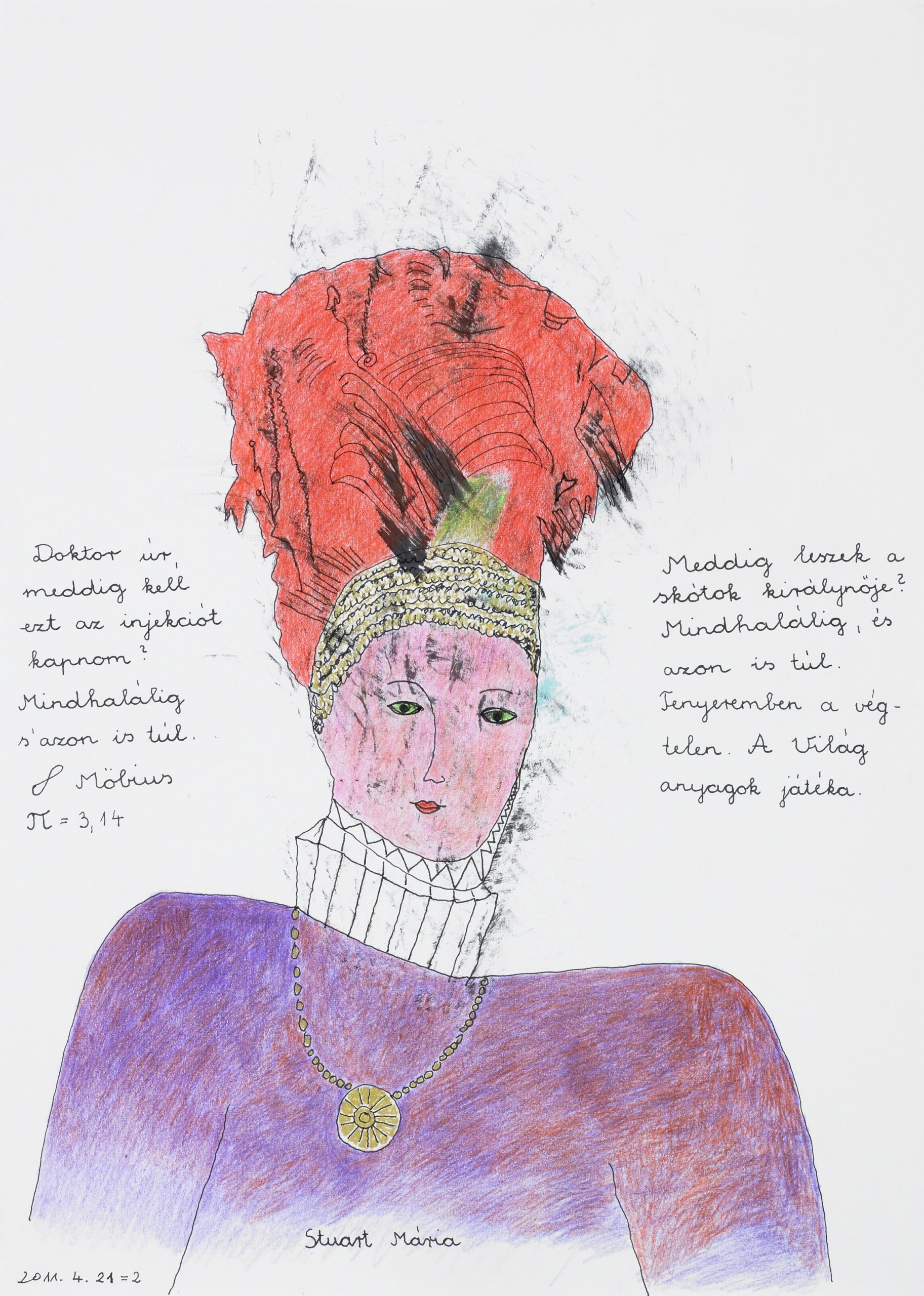 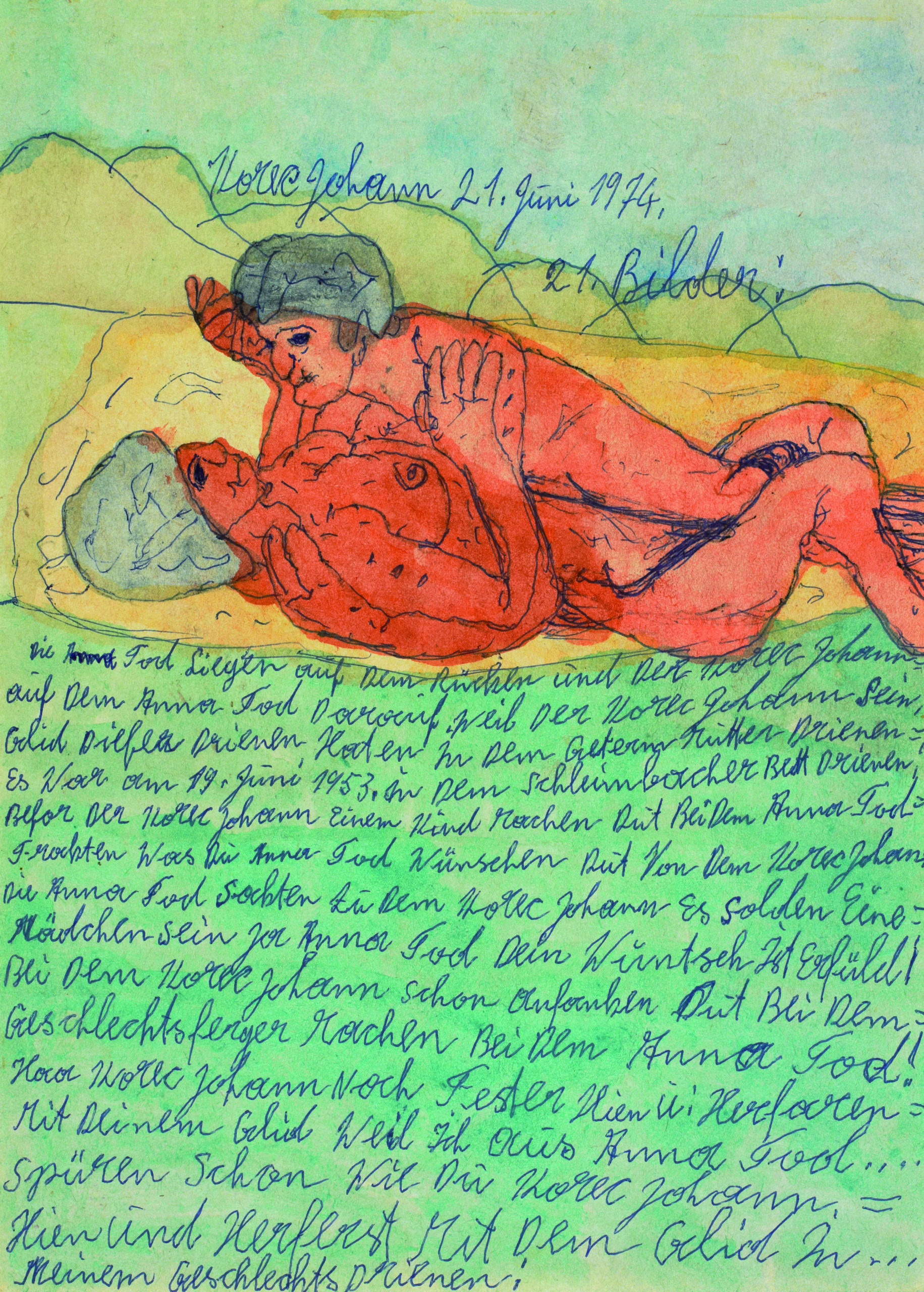