Michel Nedjar’s works are among the art brut classics. Jean Dubuffet personally invited him to exhibit at a show of his Collection de l’Art Brut in Lausanne. The Centre Pompidou has purchased more than 50 dolls by the artist, who now lives in Paris.

Michel Nedjar was born in Soisy (France in 1947). The son of a Jewish Algerian tailor and a Polish mother trained as tailor and in the late sixties departed on a series of travels. Among other places, he visited Mexico and Guatemala, where he was fascinated by dolls he discovered on local markets. After his return, Nedjar produced his first own Poupées, fetish-figures made from rags, twigs, hessian and other waste materials soaked with filth and blood. Later, he designed figural reliefs with reference to the Holocaust.

In 1980 Nedjar began to draw, often at night. He swiftly produced picture series on found materials such as envelopes, wallpaper or the reverse side of record sleeves. They show mostly faces, bodies or animals – often birds, pigs or bucks – frequently intertwined or superposed. Their archaic shapes and colours they resemble parietal art (cave paintings).

Following the museum gugging’s retrospective “michel nedjar – animo!” in 2008, the gallery gugging now offers the opportunity to see again some of the works published in the exhibition catalogue and to acquire them. Side by side with older and newer Poupées, we show drawings and finger paintings from the past two decades. 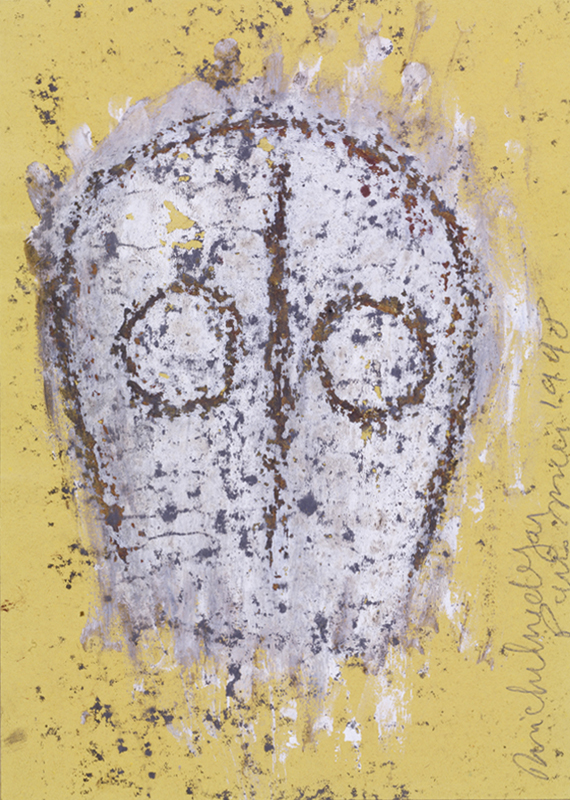