“Instruments have a soul and the world is sound. The last time we came with wire, soldering stations, camera and Couscous to the ‘open studio’ to experiment with 3D drawings, this time we are going a step further and filling the space in between the wire sculptures with corresponding sound structures of supreme subtleness. The concert and rehearsal blend together, even the tiniest sound becomes the means to an enhanced perception. Gu.. gging. ..   …..” (Constantin Luser)

The gallery gugging is pleased to present works by Constantin Luser together with works by the gallery’s artists and the guests of the open studio gugging in this year’s spring exhibition.

Active in the art world both nationally and internationally, multiple prize-winning artist Constantin Luser was born in 1976 in Graz, Austria. After his training as an industrial designer, he decided to start all over again – by studying art in Vienna. Since 2000 he has been exhibiting his graphic and installation works worldwide. His sketchbook is always with him. In this way, diaries of the artist’s writing and images, which he later publishes, are created in all sorts of places.

Each of his artistic works is preceded by a drawing. Luser translates his thoughts into it, so that complex, detailed, bizarre forms of people, plants, animals or architectures become visible. These drawings, mainly made with Fineliners, can be both concrete and meditative, completely detached from thought. The often resulting fine wire drawings, which rotate around their own axis, hang freely in space. Thus they are always in motion and elude what the rigidity in the two-dimensional drawing constitutes. The visitor can design his own path between the objects and change the viewing angle.

For some years now, music has played an increasingly important role in Constantin Luser’s life, which has led him to build oversized abstract instruments. The viewer himself becomes an artist or musician as soon as he overcomes the need to use the sculpture. What usually must not be touched is available to everyone in this case. Thus, depending on which instrument is operated, a different sound is produced. A constantly changing experience.

At the centre of the exhibition “orchestra rehearsal” is the collaboration between Constantin Luser and the artists from Gugging. The occasion was the art project “Je ne sais quoi” in 2014, in which a joint project with Constantin Luser and the gallery gugging was realised for the first time. As the name suggests, the focus lies on music and everything that can be associated with it. Musical instruments of all kinds, portraits of well-known musicians or Luser’s instruments such as the “Bandoneon Intensivstation” or the “Rotationsquintett” invite visitors to interact with each other.

On Thursday, May 12, we cordially invite you to a dress rehearsal in the gallery gugging, where Constantin Luser and the artists of our house will get musically in the mood for the opening.

We look forward to welcoming you at the opening on Wednesday, May 18, at 7 pm to make music together. 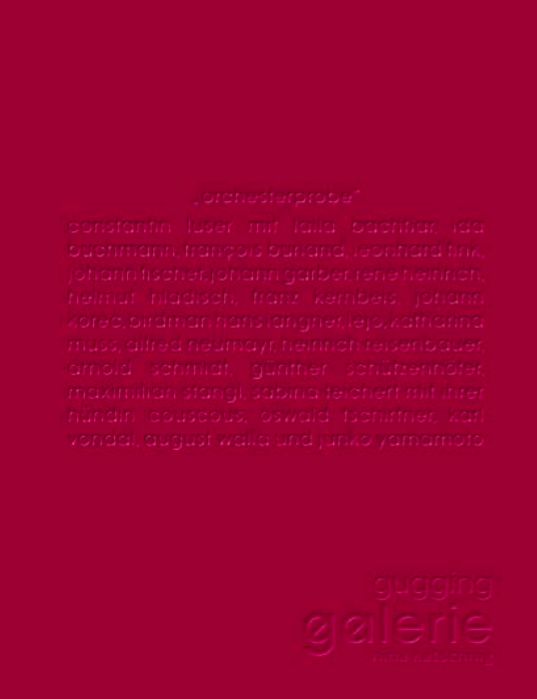 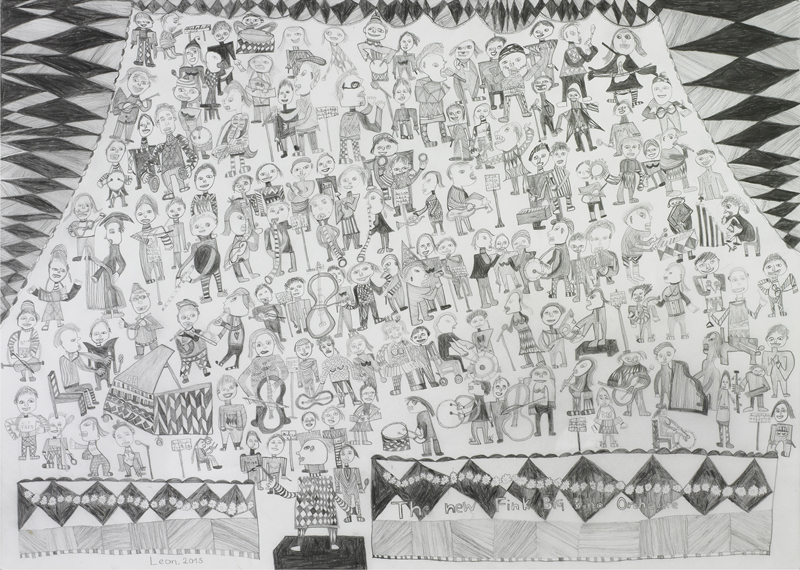 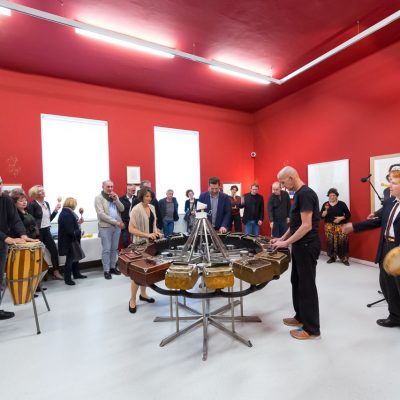 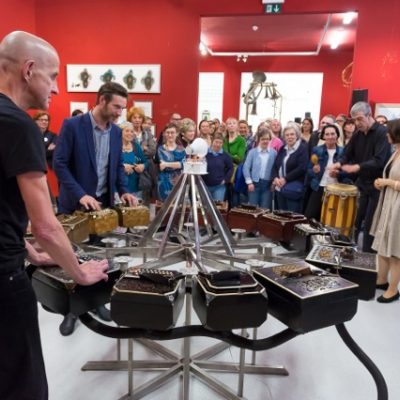 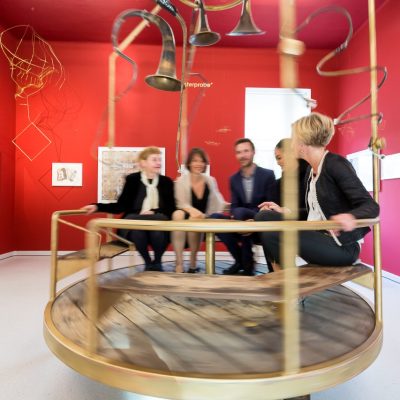