Manuel Griebler was born in 1991 in Kirchdorf, Austria, and has lived in the House of Artists since 2016. Since then, he has also been a regular visitor to the studio gugging, where he initially used pencil and oil pastels to draw sheet-filling faces on paper with wild and dense strokes in several layers. Soon, however, he switched to using coloured pencils exclusively in his oeuvre. Usually in the centre of the picture, he first places a larger figure and also gives the work a frame at the beginning. In a next step, the elaboration of the entire pictorial space with ornamental and recurring elements such as spirals, arches, figures, circles or jags follows, since 2020 heads are dominant. His preferred format is the A3-format, however, he now also works on larger formats. 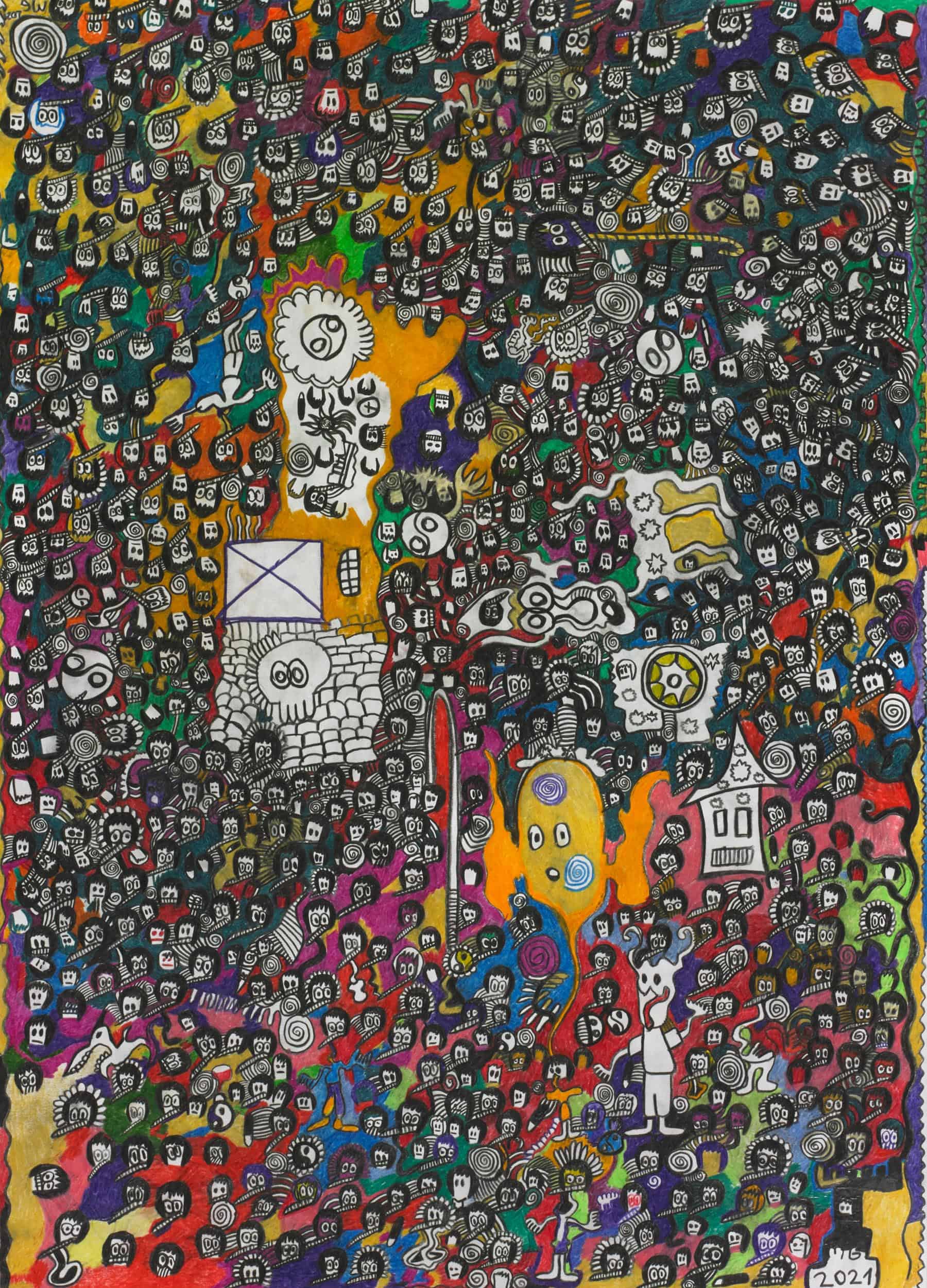 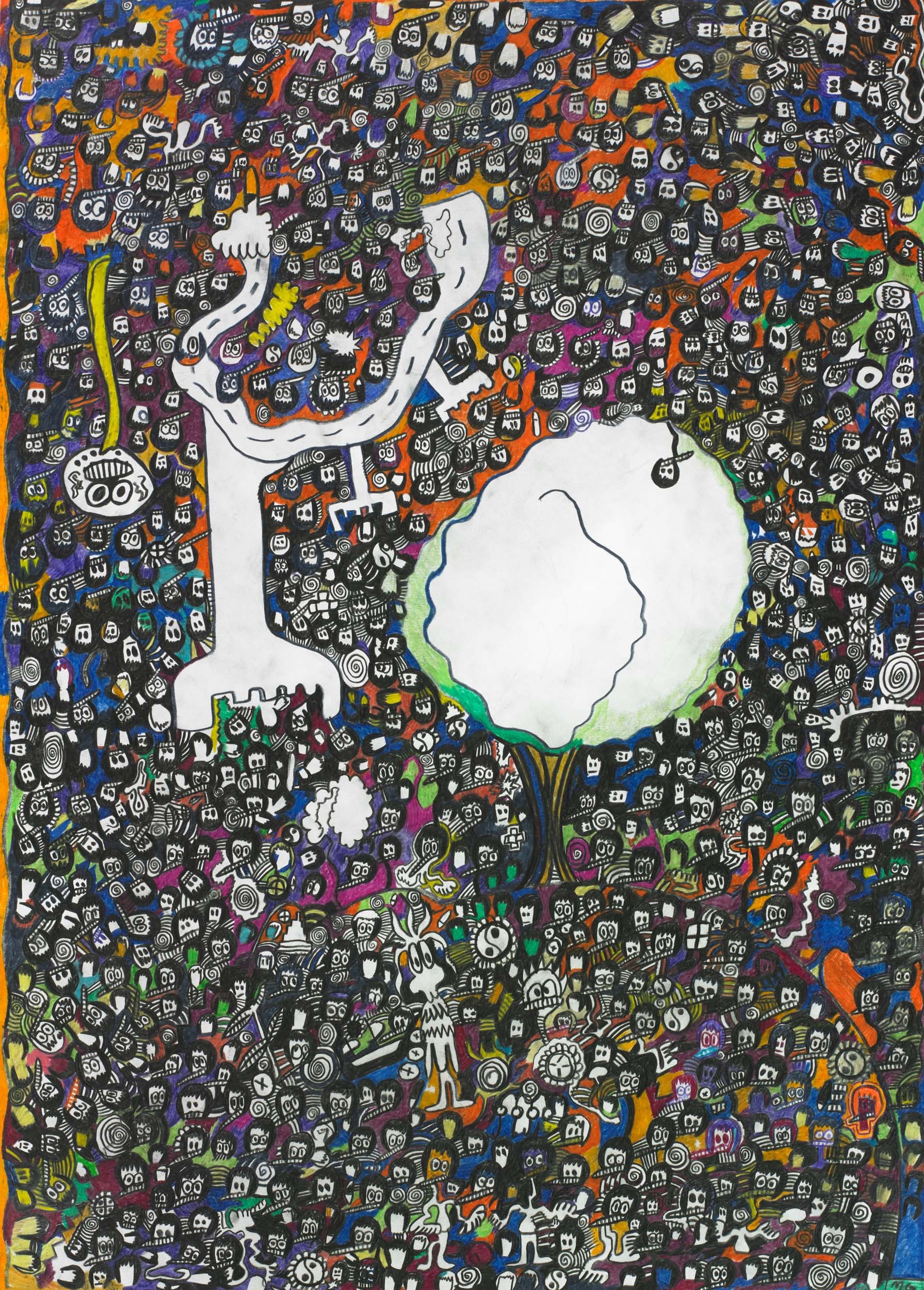 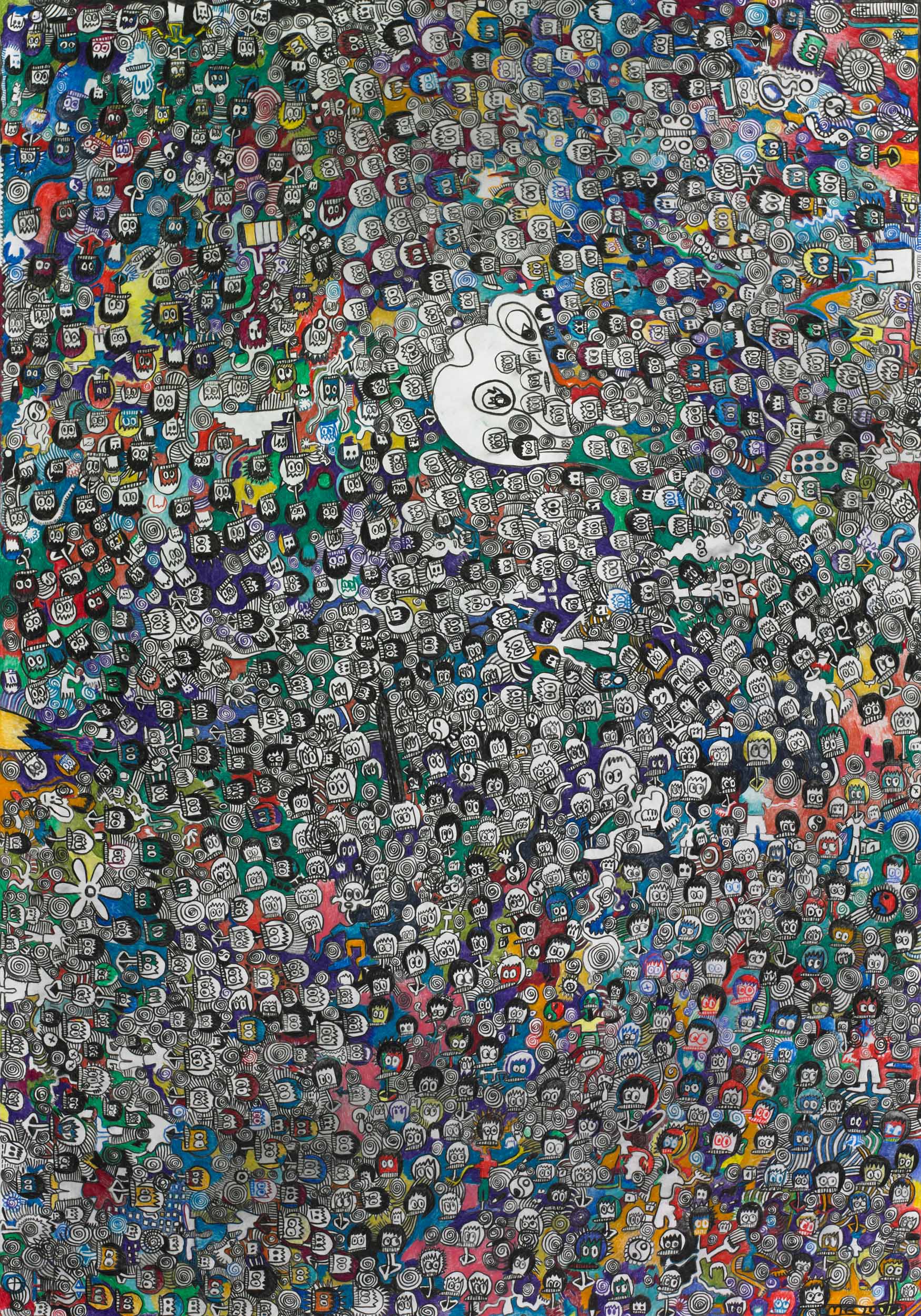 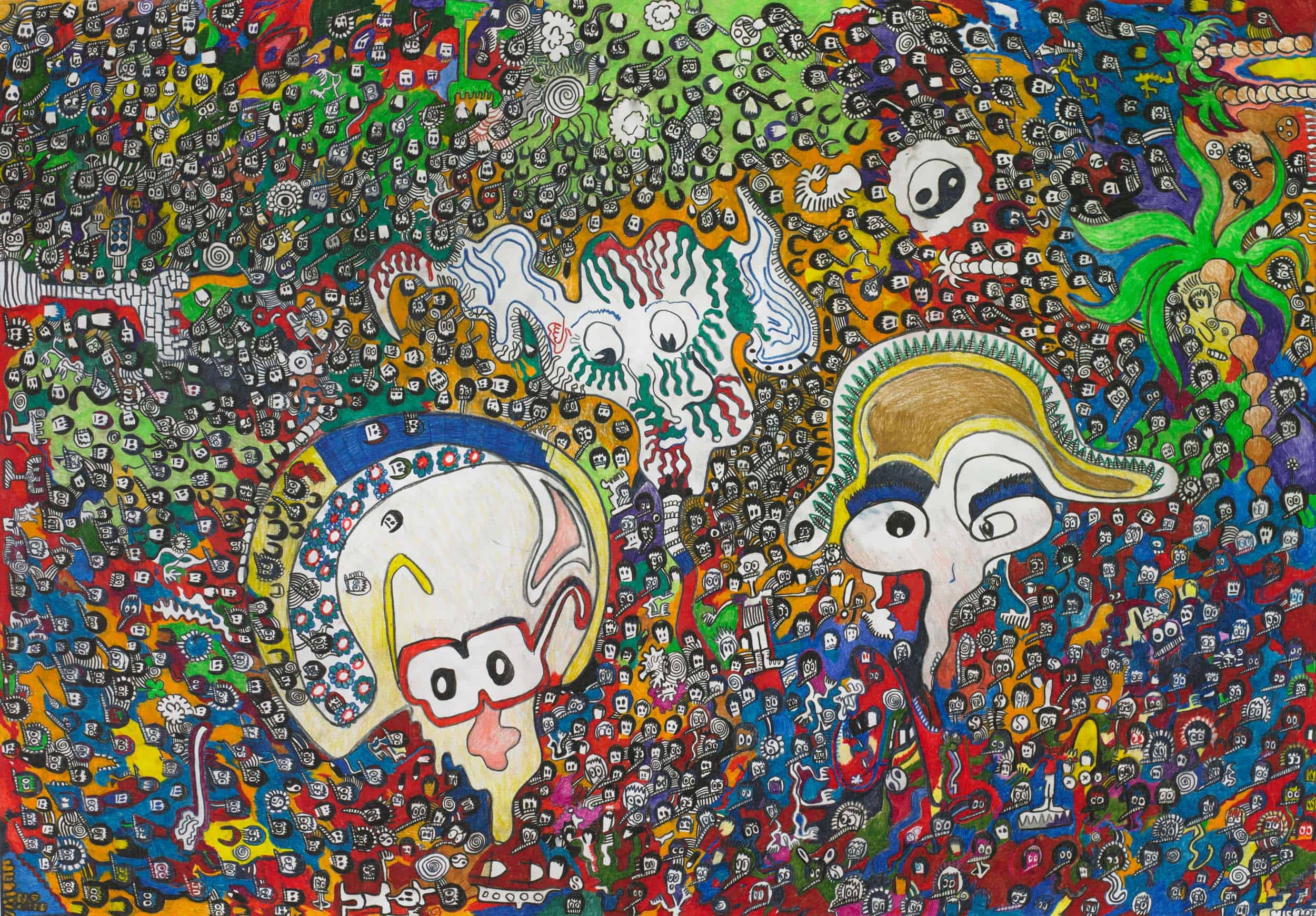 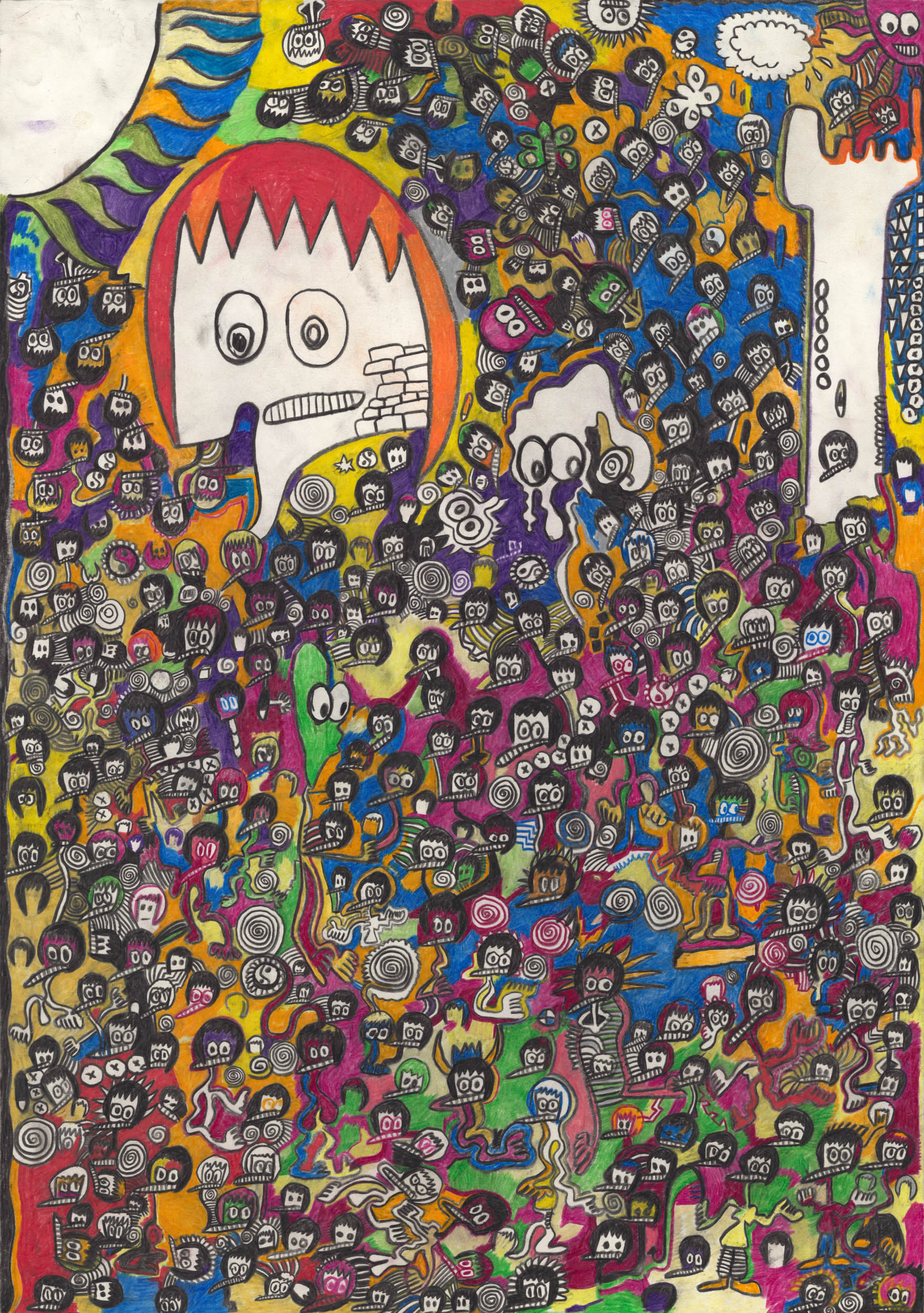 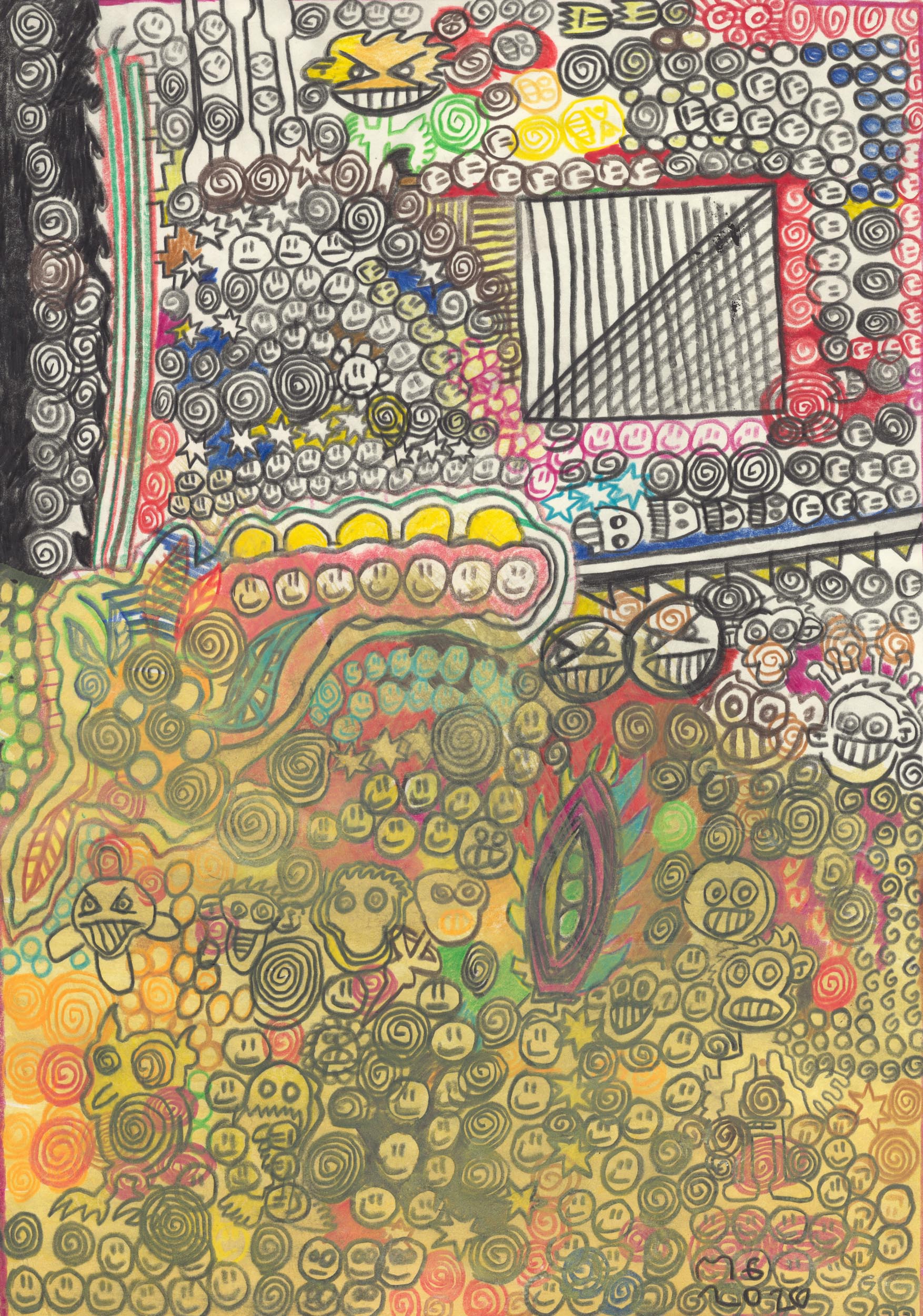 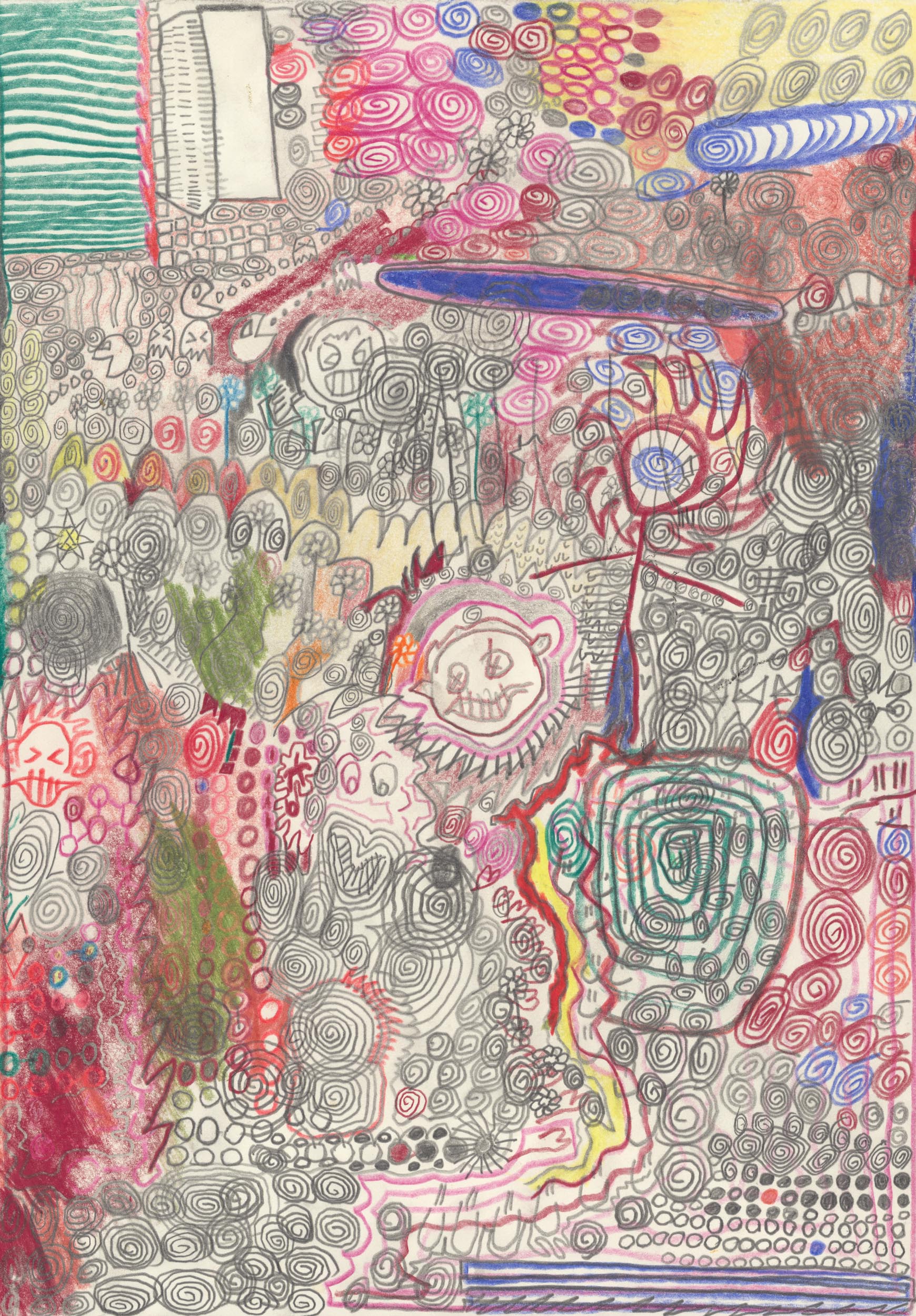 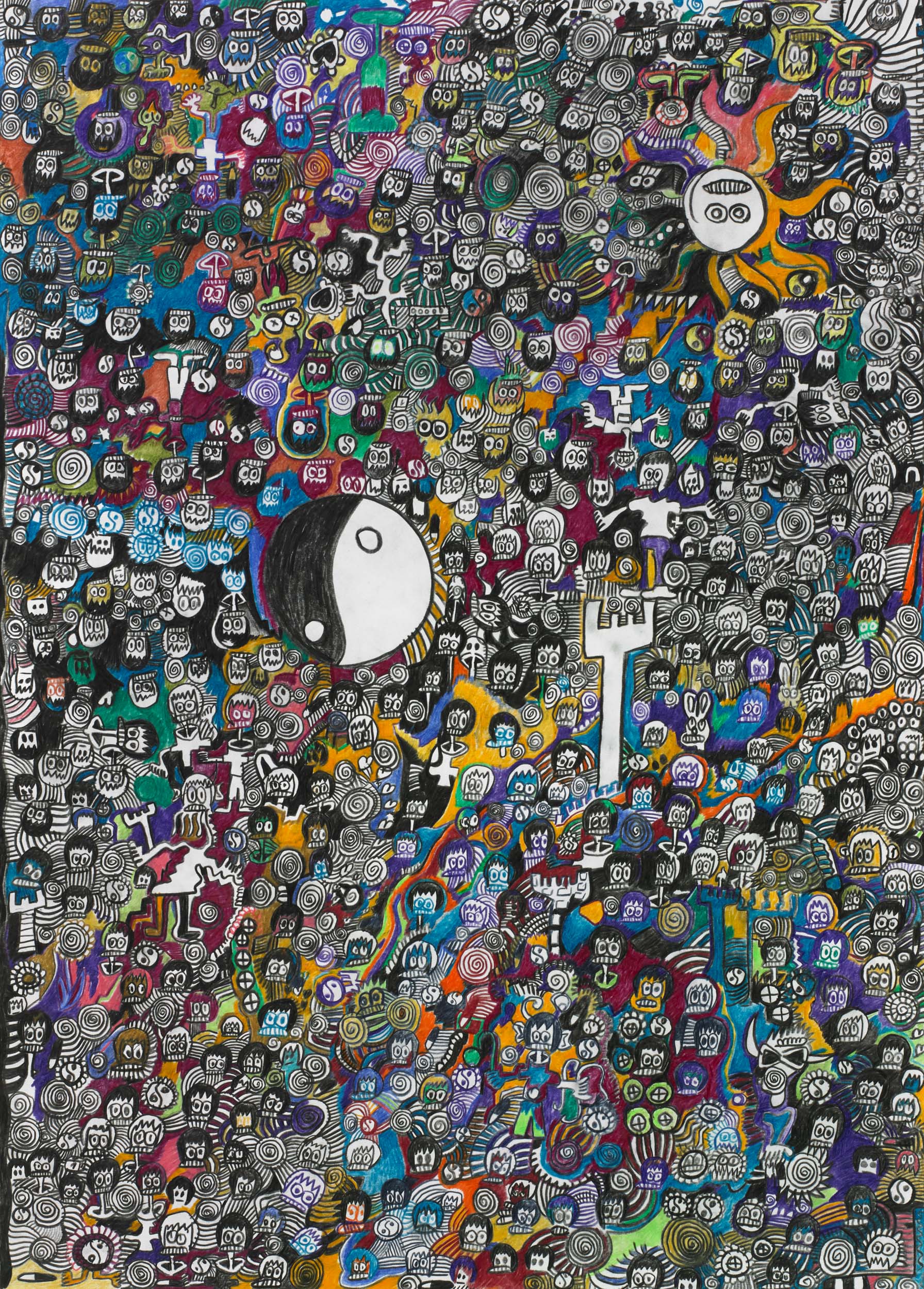 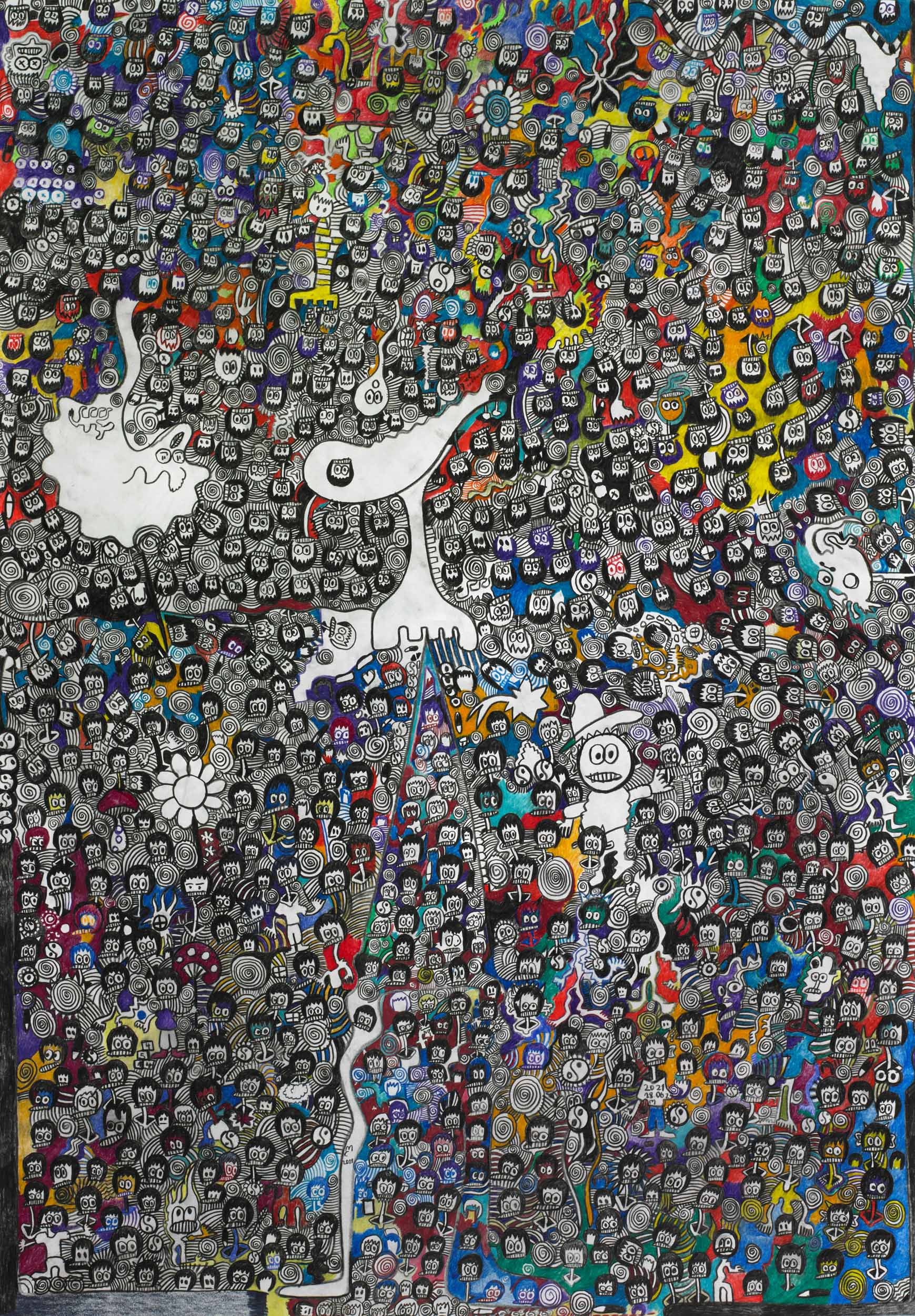 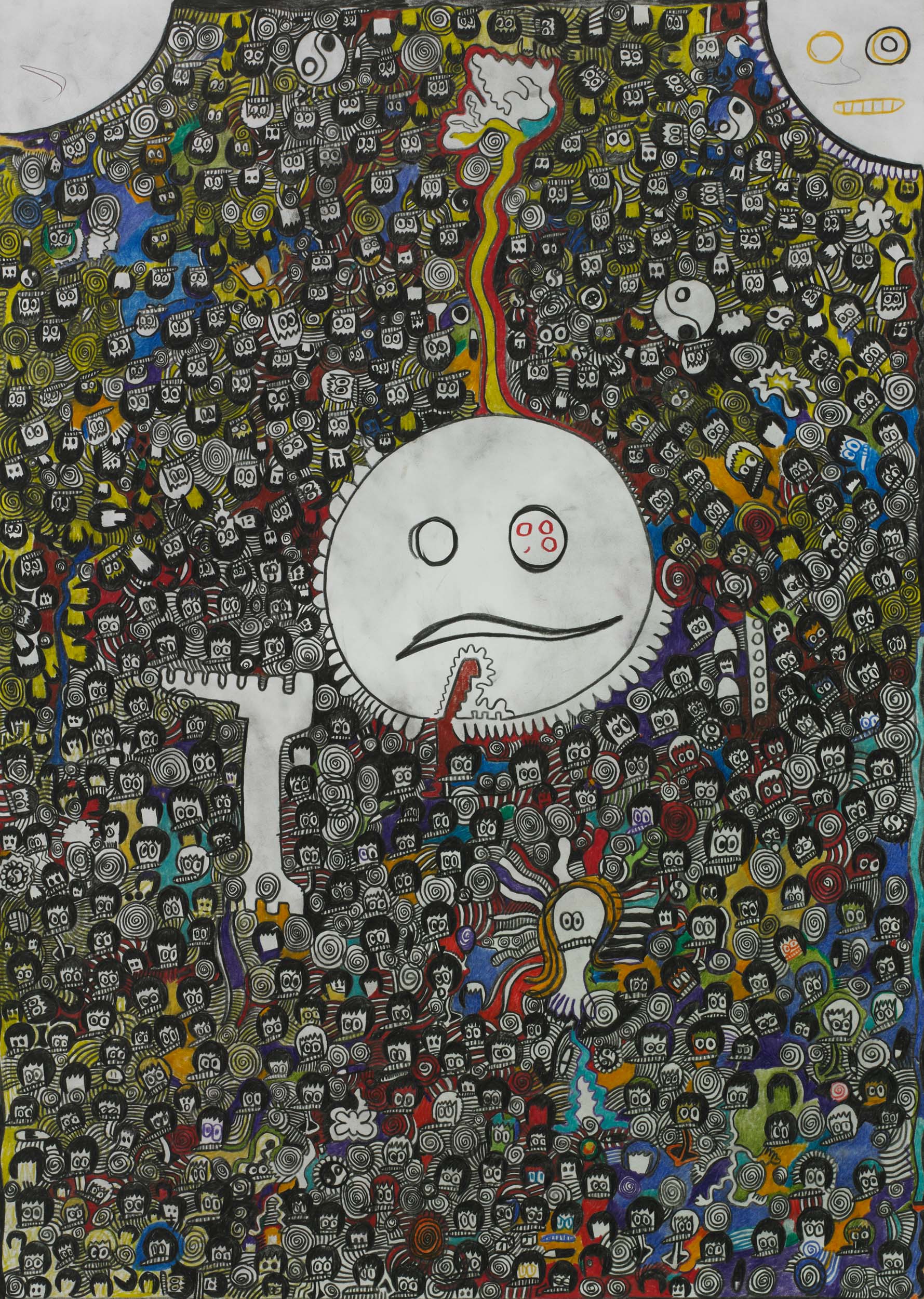