Misleidys Castillo Pedroso was born in 1985 near Havana, Cuba. Since she was born unable to speak or communicate by traditional means, the artist has developed her own visual language – consisting of colourful figures resembling bodybuilders, mythological creatures, demons and individual body parts. The bright gouache works on paperboard are then cut out and installed on the wall of her house with pieces of adhesive tape. Her works have been presented at the Kunstforum Vienna, Austria, and are shown in New York, Los Angeles and Tokyo. 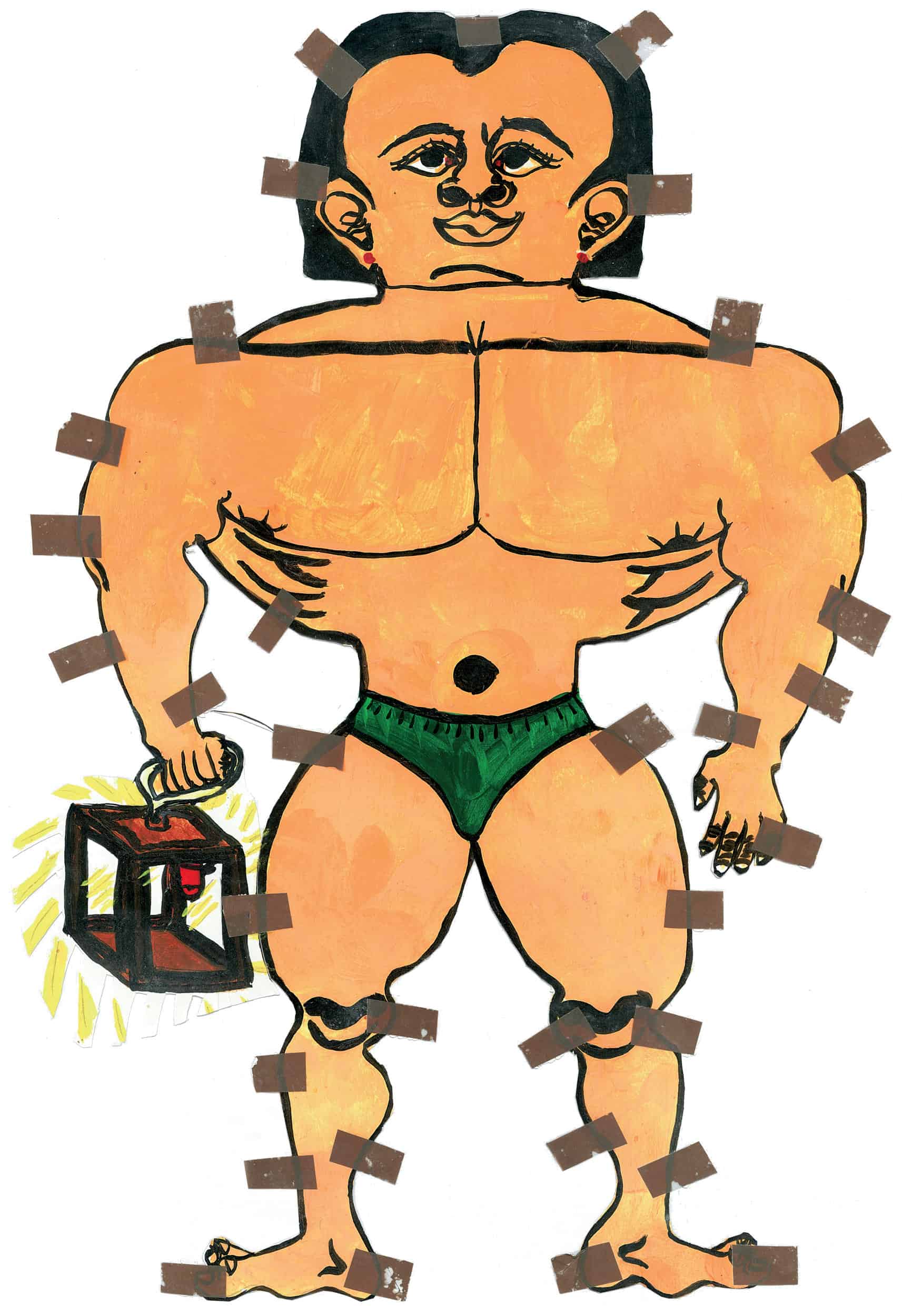 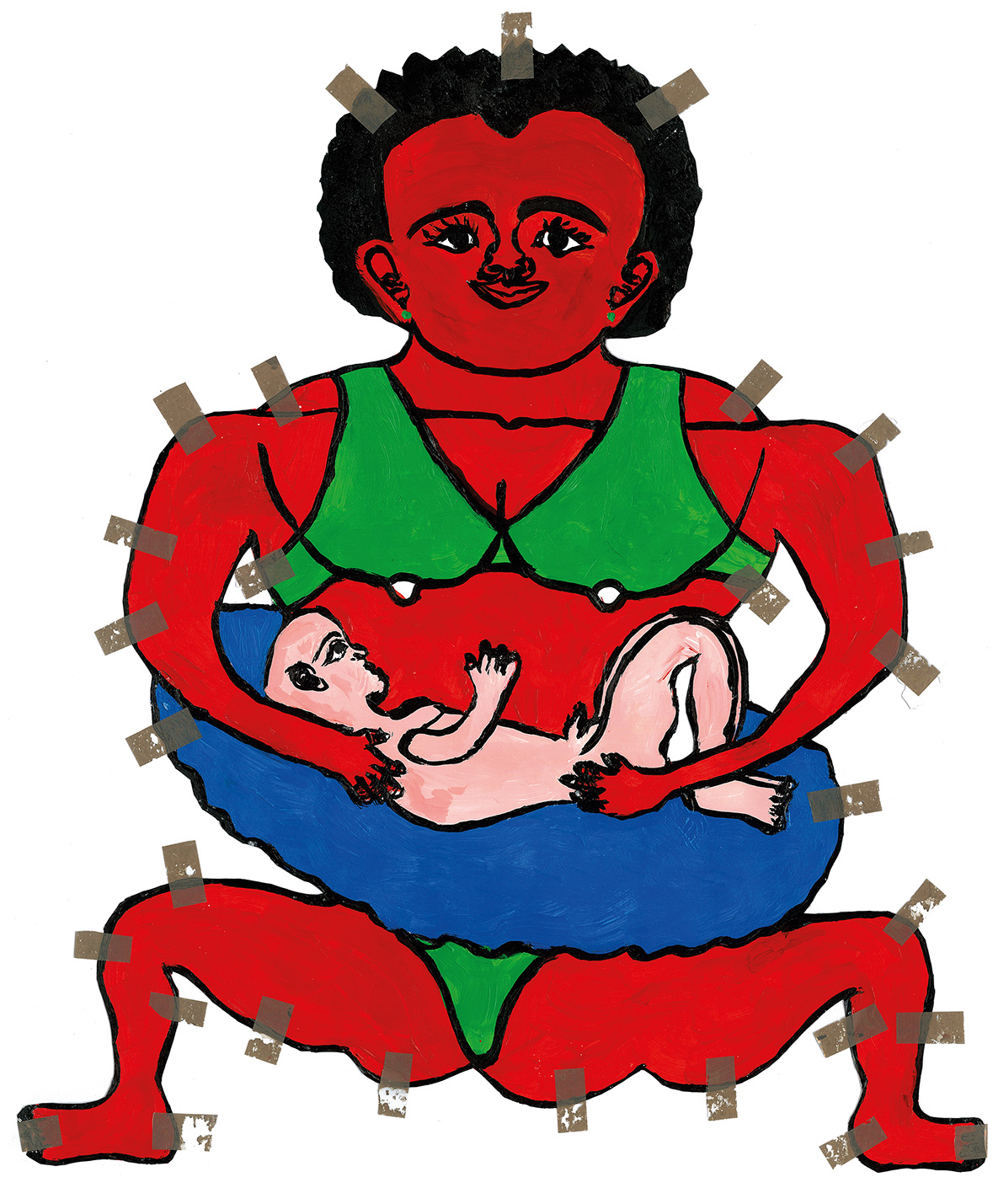 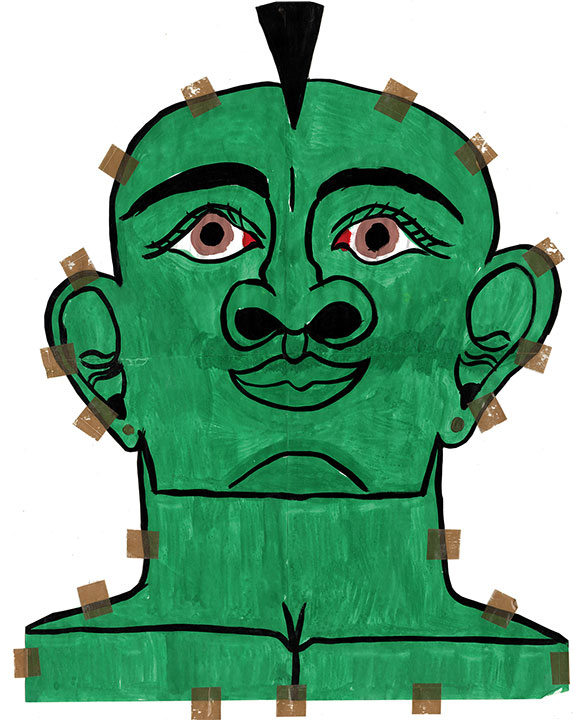 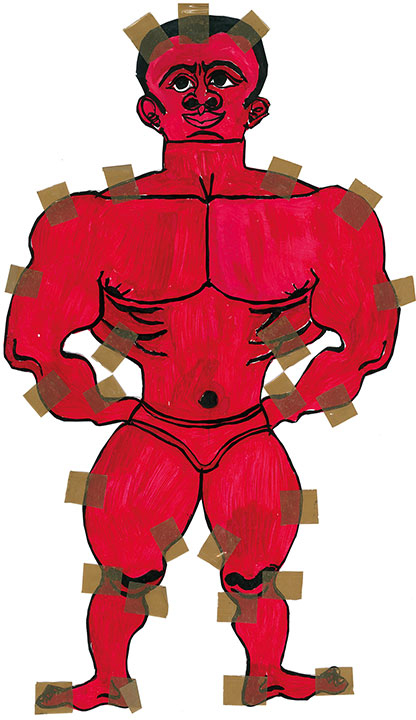 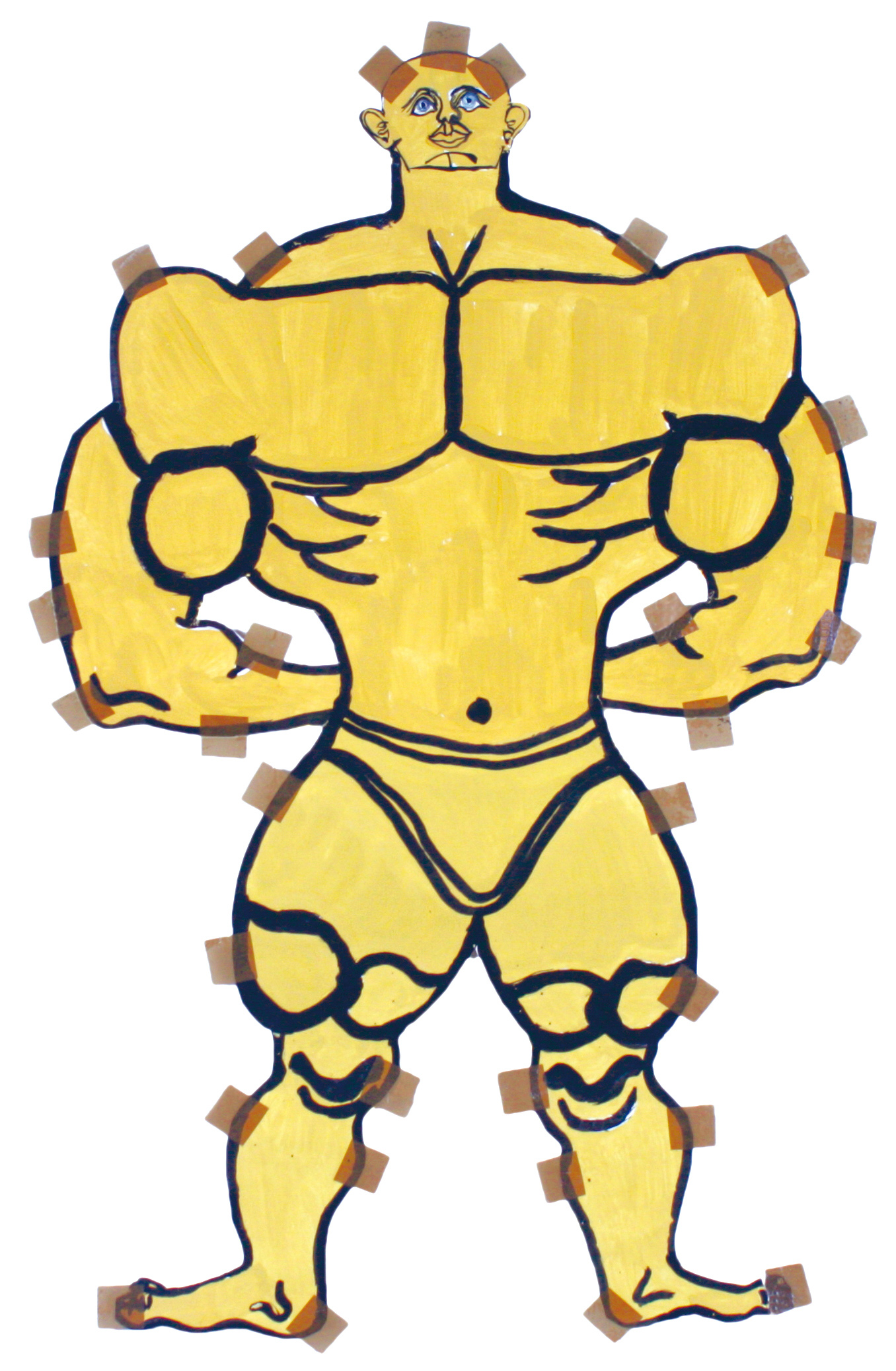 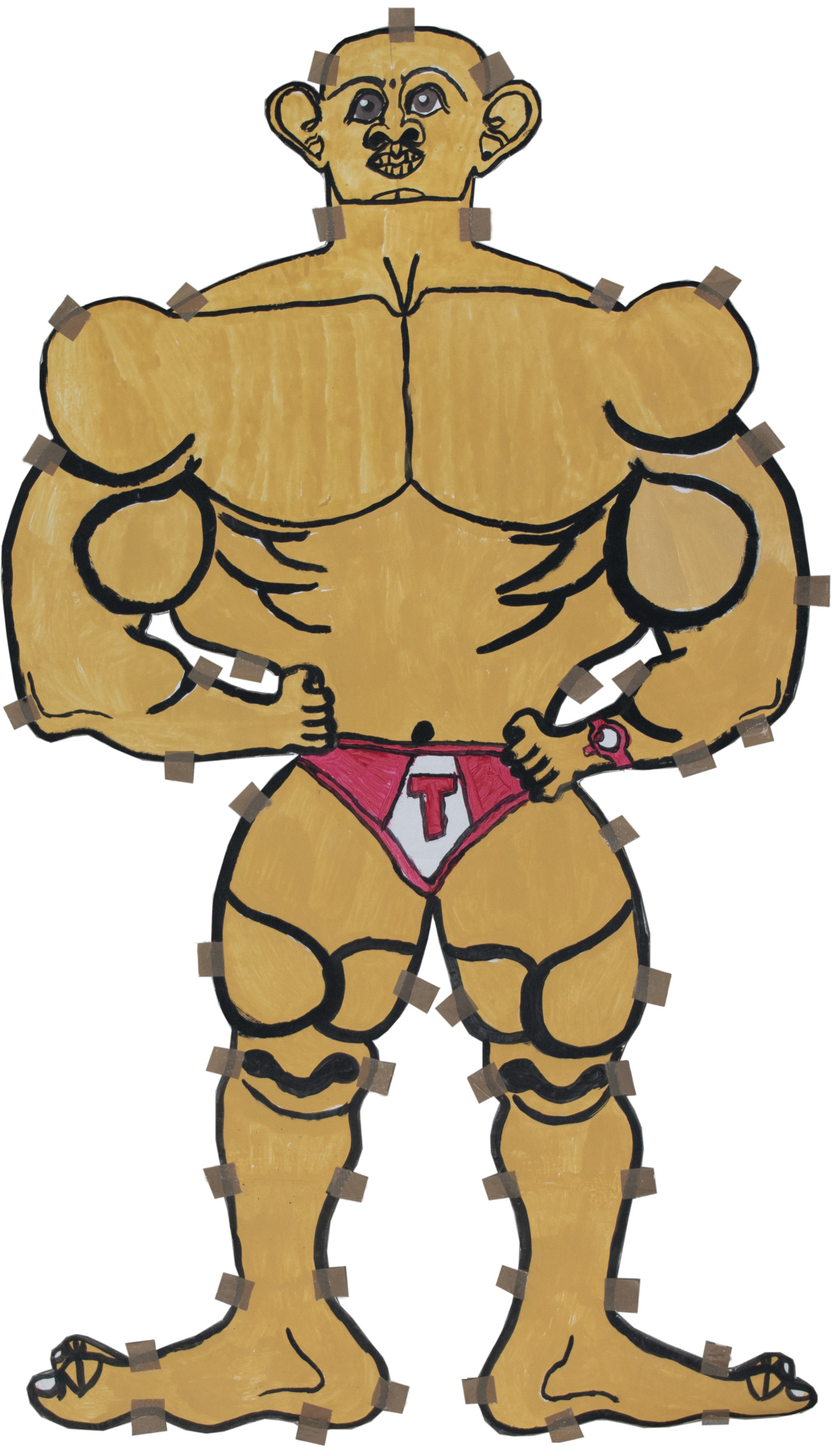 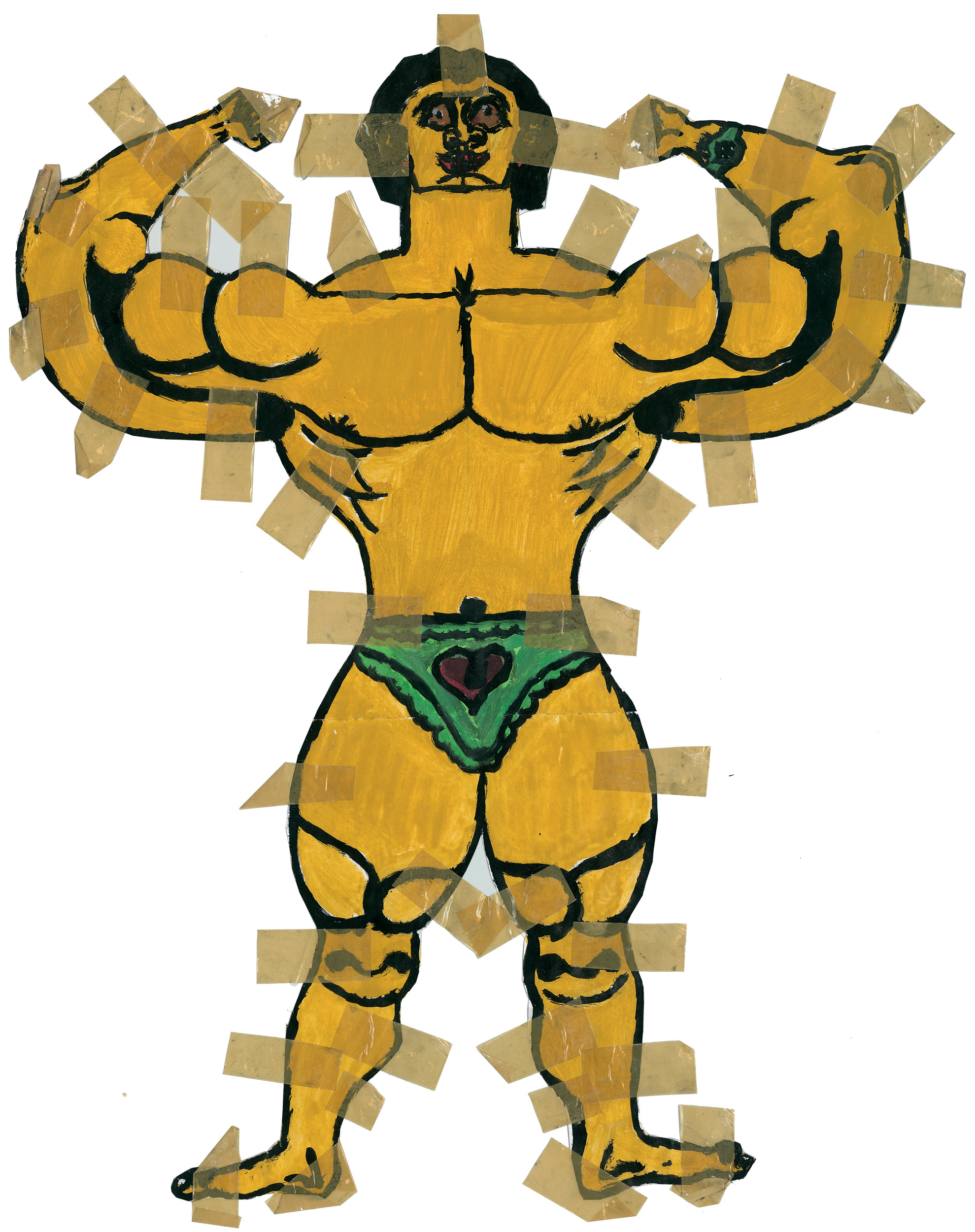 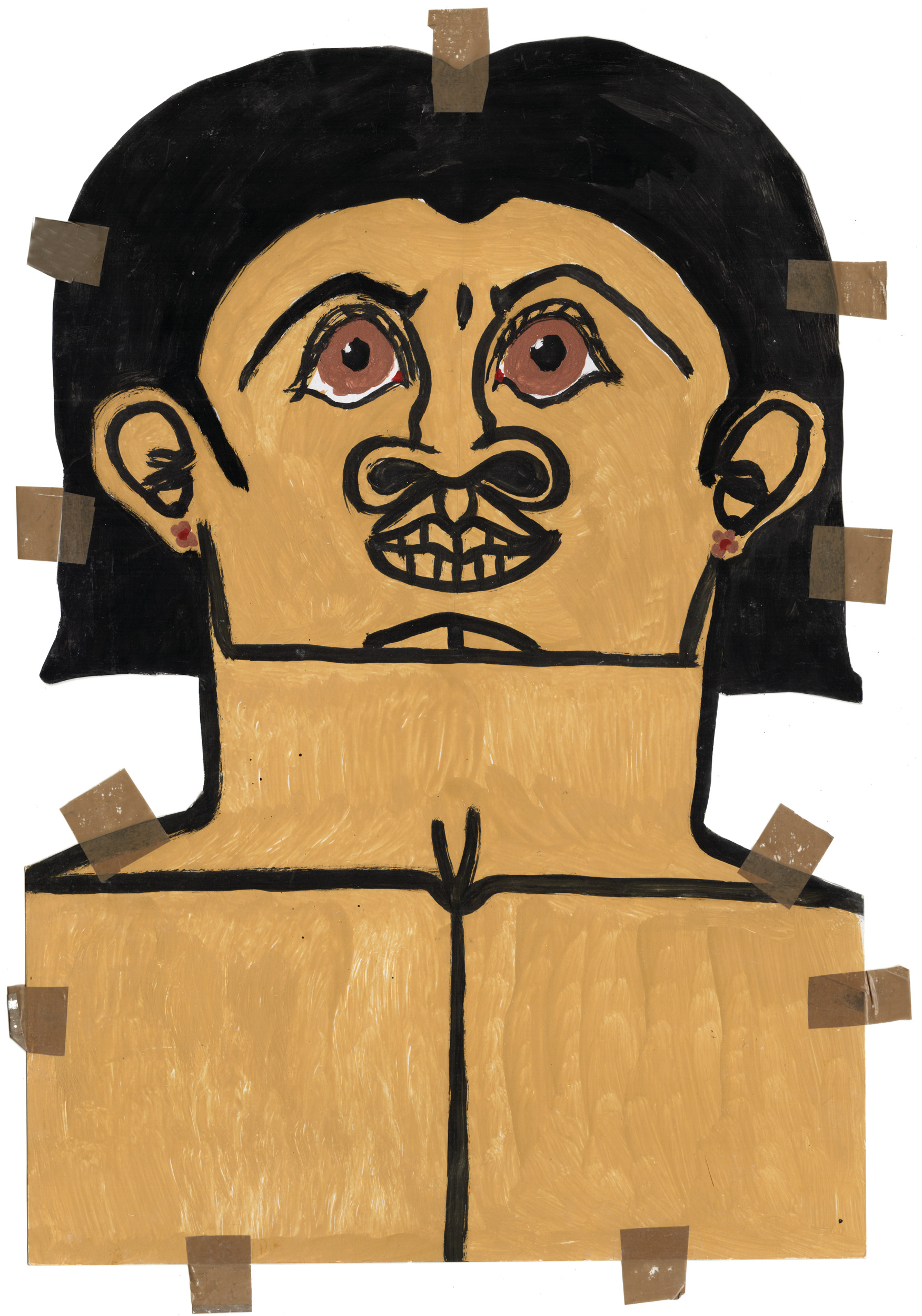 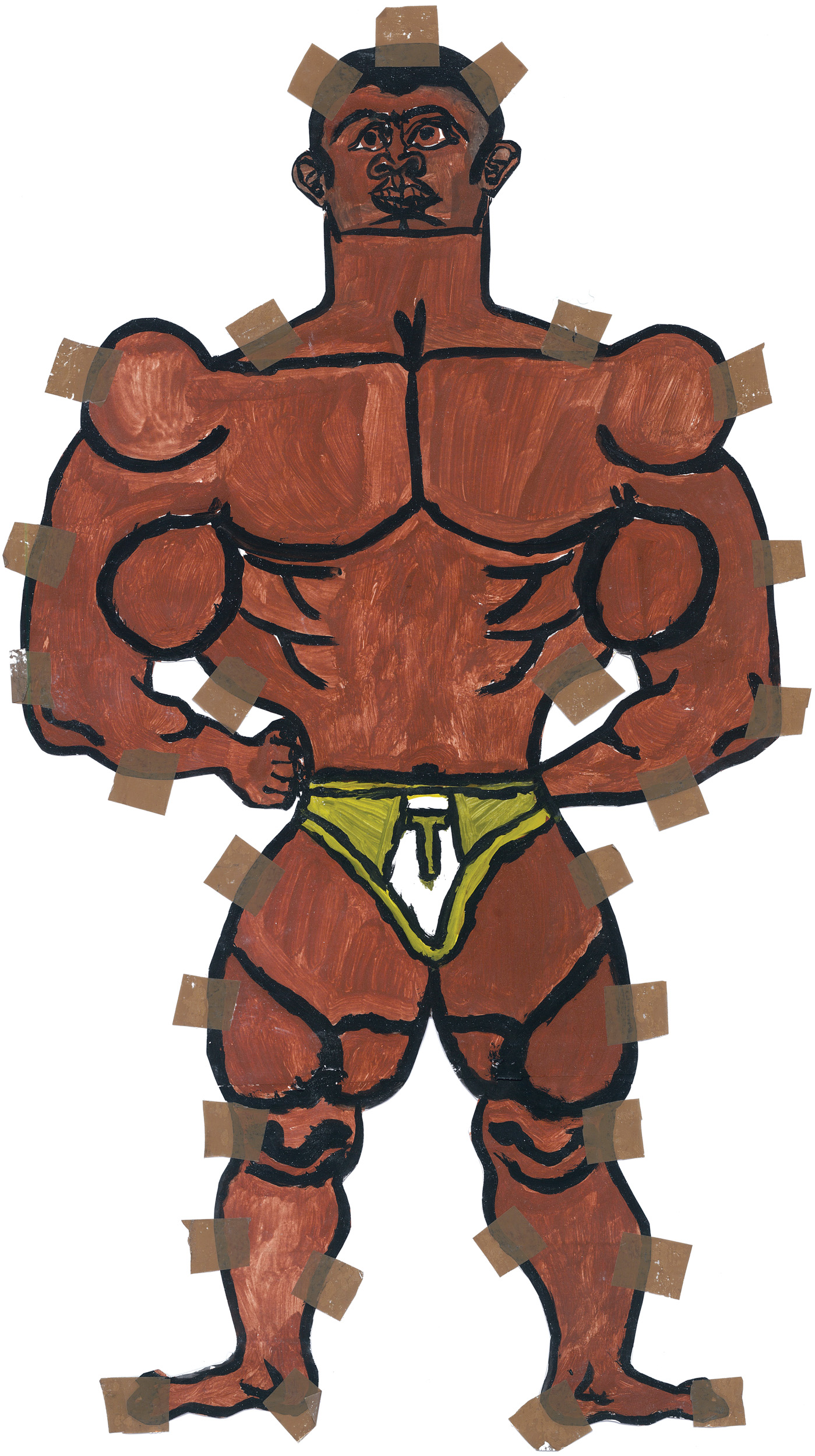 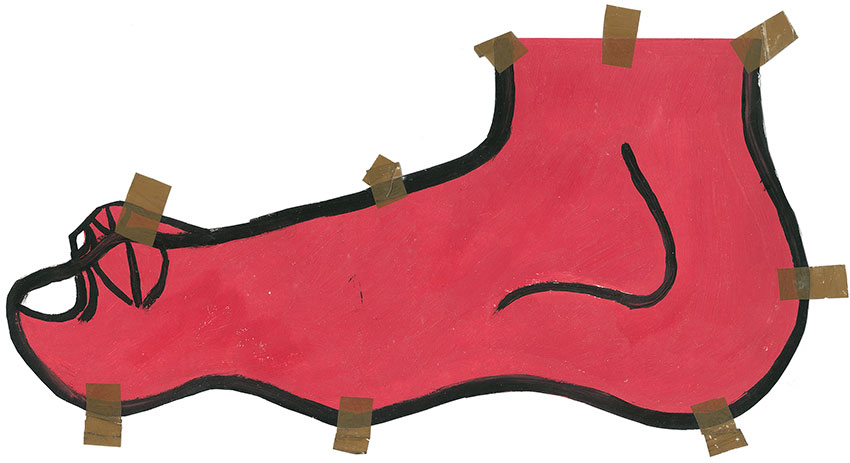 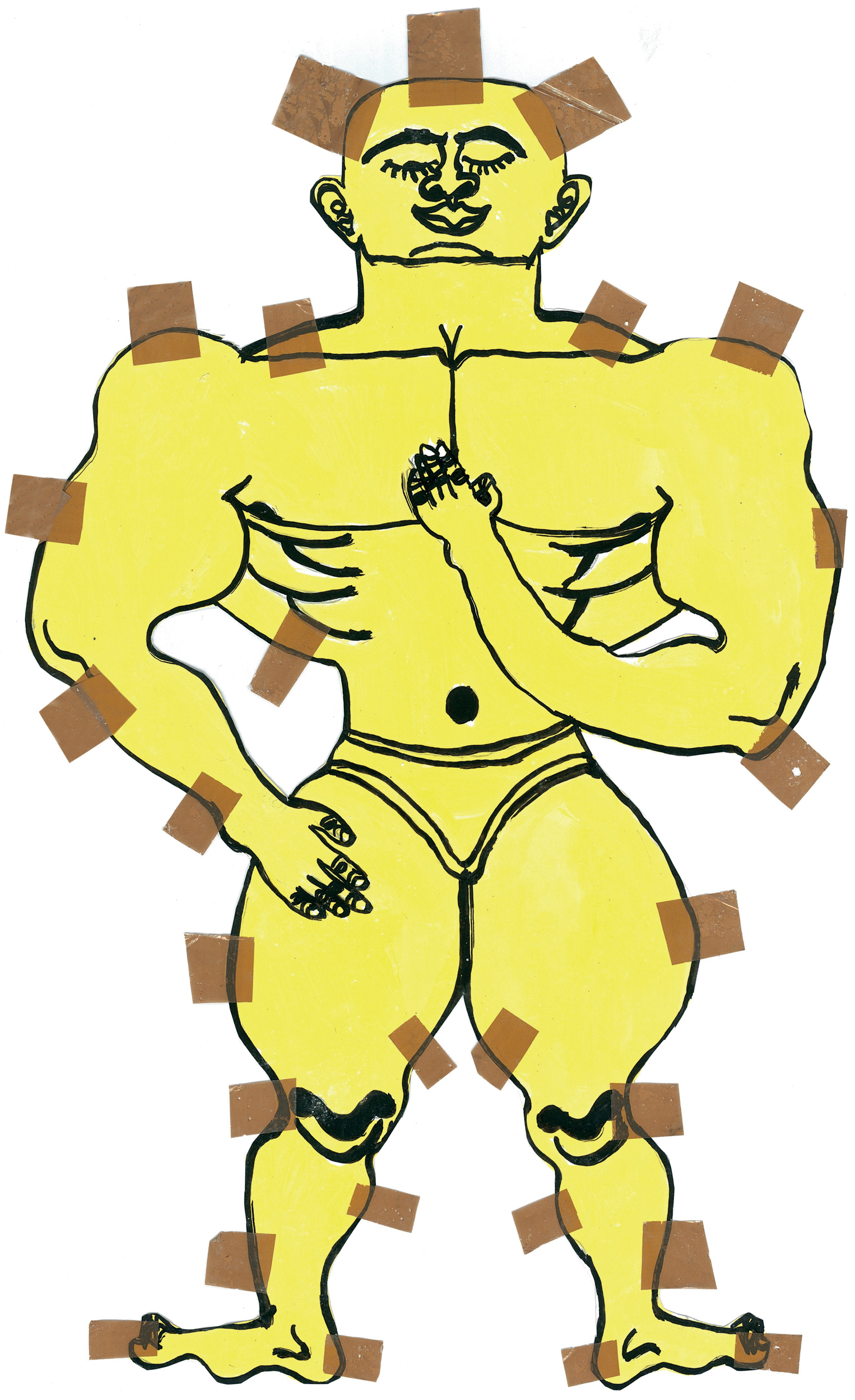