Simone Pellegrini was born in 1972 in Ancona, Italy. His career as an artist began in 1996 during his training at the Academy of Fine Arts in Urbino, Italy, where he graduated in 2000. All works are unique monoprints on a parchment-like paper, which are hand-coloured by the artist himself with charcoal and distressed with oil on paper to create a sense of aging. The large sheets often have a symmetrical structure and they convey the impression of very old codices with scientific, medical, alchemistic, mythological, or esoteric contents. Simone Pellegrini’s works were already exhibited in the christian berst gallery art brut, France, the James Freeman Gallery, England, and they can be found in numerous public collections including the Museum of Modern Art Bologna, Italy, the Civic Museum Monza, Italy, and the Volker Feierabend Collection Frankfurt, Germany. The artist lives and works in Bologna, Italy, where he teaches painting at the Academy of Fine Arts. 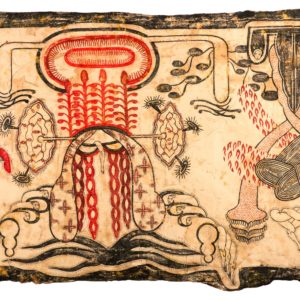 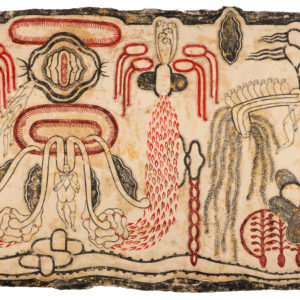 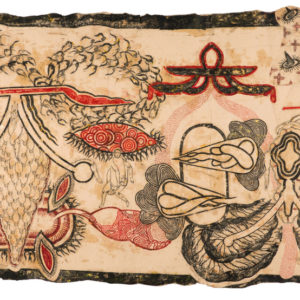