“The beginnings of all things are small.”
Marcus Tullius Cicero

It all started with test drawings on postcard-sized formats, which were initially used in the 1950s for diagnostic purposes by psychiatrist Leo Navratil at the Maria Gugging State Nerve Institute. In the meantime, the Gugging Artists are not only Oskar Kokoschka Award winners, but their works are also exhibited and collected worldwide as classics of art brut. Until the end of the 1970s small formats were used for drawing, but as early as the beginning of the 1980s Leo Navratil had fibreboards wallpapered with white paper. Thus the work “Humans” by Oswald Tschirtner was created, which is now exhibited in the museum gugging.

In 1983, Johann Feilacher succeeded Navratil at the former “Centre for Art and Psychotherapy” and the painting of the south façade of the building was initiated in the same year. Feilacher realised that many of the artists could easily present their themes on large surfaces and offered them canvases from the year 1986. While August Walla and Oswald Tschirtner used these possibilities immediately with pleasure, it took a little longer for other artists such as Johann Korec to dare to use a canvas.

“A large format is not only a large small format, it has a life of its own in its size.”
Johann Feilacher

The exhibition “postcards – the small format” is now followed by the exhibition “BIG FORMATS” as a logical consequence of a development over many decades. Eight works will be shown, which live up to their name, both in terms of size and quality. We present both works on paper and canvas by the Gugging Artists and their international colleagues.

We are very pleased that we are able to display absolute rarities such as one of the first great works by Johann Fischer with the title “A fully-fledged man” and a “collection of ideas” by Oswald Tschirtner for the chapel he designed for our premises. The canvas “LAND ON, PLANET MERKURIUS.?” by August Walla tells of distant stars and countries in an idiosyncratic colour composition, and François Burland with “T-Rex” has brought the animal world and mythology, that has fascinated him since childhood, on paper. Johann Korec’s and Arnold Schmidt’s greatest works on canvas are a sensation, both in terms of size and visibility and illustrating their picturesque talent. The creations by Alfred Neumayr and the Italian artist Simone Pellegrini, whom we are exhibiting for the first time, were created especially for this exhibition.

These eight works are fascinating not only because of their size, but also due to their quality and rarity! 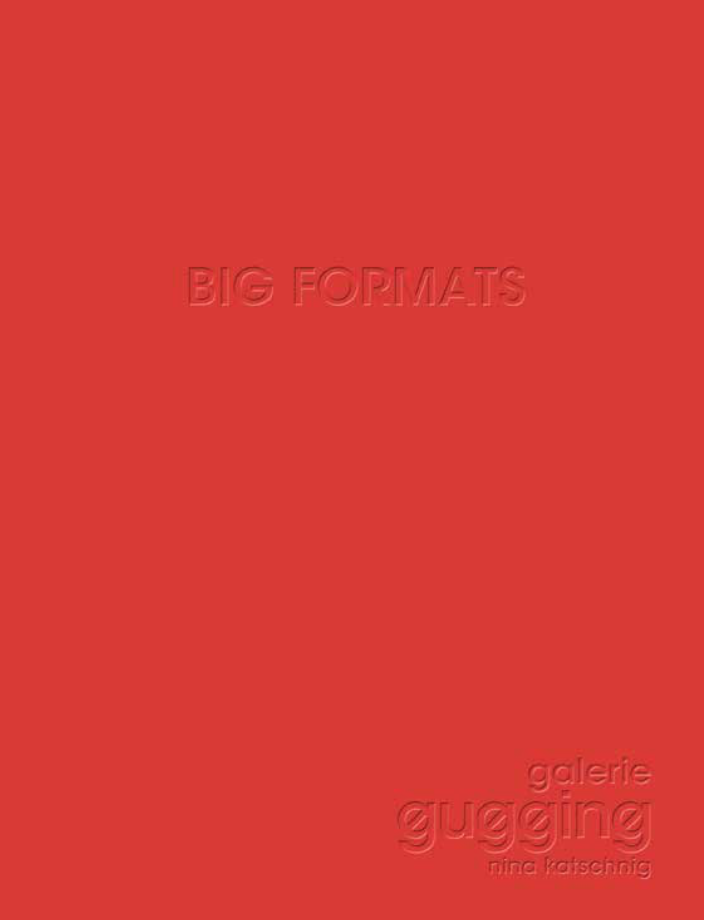 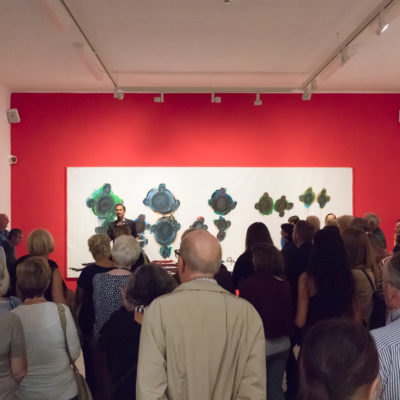 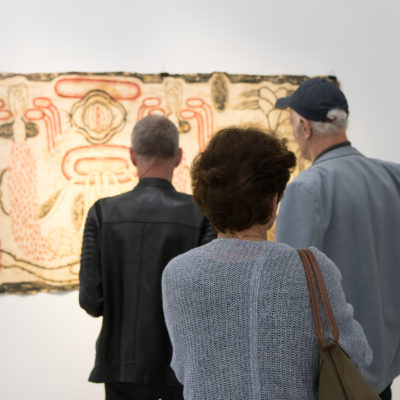 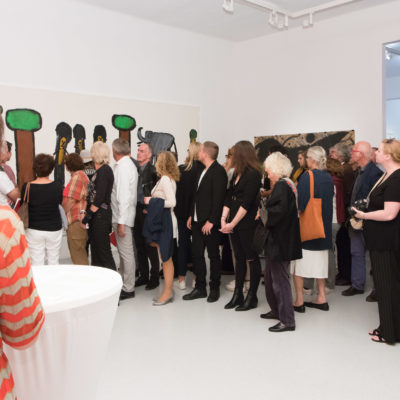 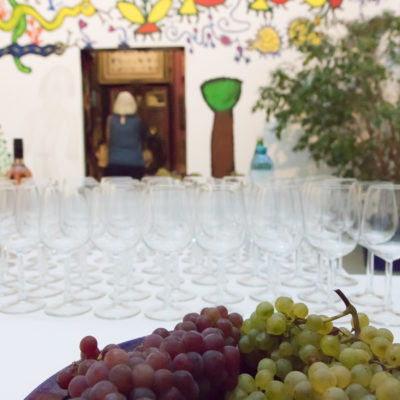 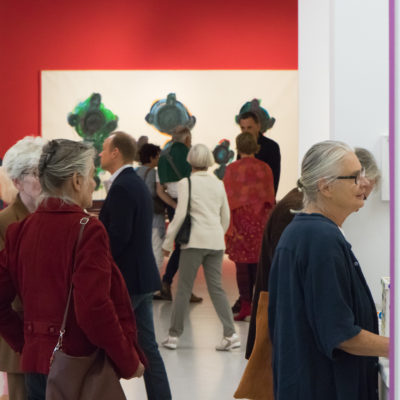 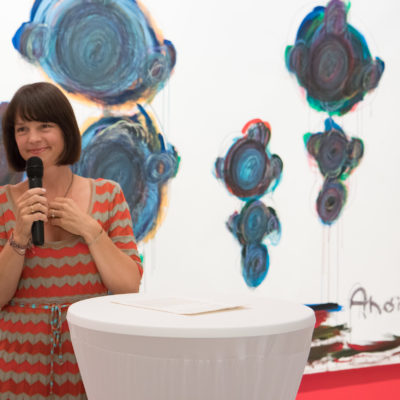 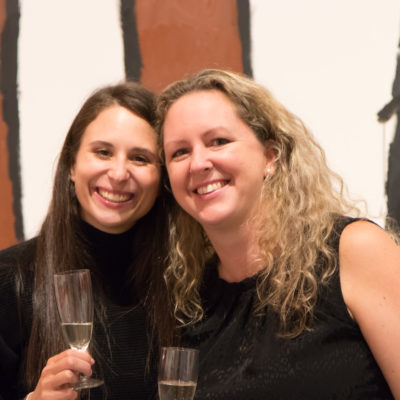 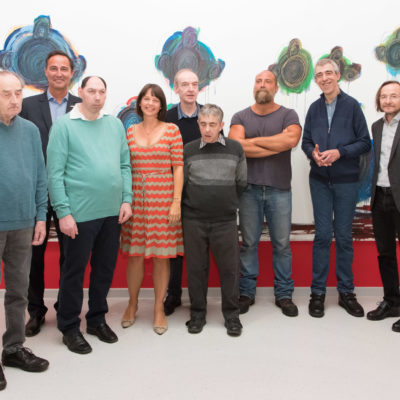 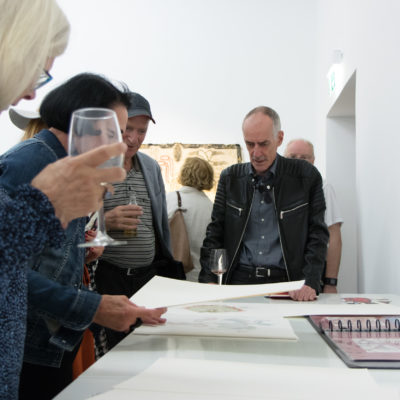